Starting at the bottom, your world crumbled to the ground.

Now, more of the same, only much worse.

Giving opportunity for the world to notice – if only it looked down far enough.

Avoiding and ignoring: the requirements for planned human obsolescence.

Really, what purpose do the poorest serve?

unexpected, neither awaiting human design nor in need of its coöperation

Amazing how only now do we see how awful it all was:

At least they had it bad:

Now even that is taken away.

Nothing is worse than that.

Is it ever so bad that it can’t get worse?

People of the world, take Haiti by the hand and pull her up,

We will be less inhuman for our efforts.

Beneath the rubble, people- our humanity – lay buried in abject poverty.

It is  not too late for us to rescue our own humanity,

Even if it is too late to save some of them.

you know what hour it is,

how it is full time

to wake from sleep.

is nearer to us now

the night is far gone,

the day is at hand.

Let us then cast off the works of darkness and put on the armor of light; 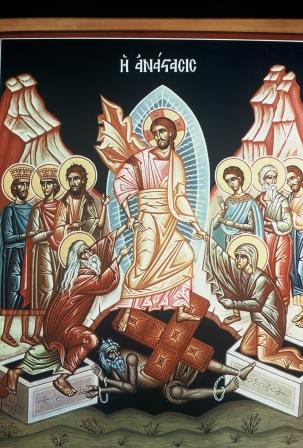 let us conduct ourselves

becomingly as in the day,

But put on the Lord Jesus Christ,

no provision for the flesh,

to gratify its desires.