Genesis 8:20 Then Noah built an altar to the LORD, and took of every clean animal and of every clean bird, and offered burnt offerings on the altar. 21 And when the LORD smelled the pleasing odor, the LORD said in his heart, “I will never again curse the ground because of man, for the imagination of man’s heart is evil from his youth; neither will I ever again destroy every living creature as I have done. 22 While the earth remains, seedtime and harvest, cold and heat, summer and winter, day and night, shall not cease.”

Though in the previous verse, 8:19, the animals follow Noah out of the ark in something like a Paschal Procession, the solemn assembly does not end in an agape celebration for the animals who survived the flood.  Rather Noah will slaughter a great number of the animals which so calmly followed his lead and accepted his dominion throughout the flood.   The new world onto which the ark’s former inhabitants step apparently also has a new set of relationships.  The humans are going to exercise their dominion over all other creatures and use the animals as a means to approach and worship God.  Humans, who were created by God to be an intermediary between God and the rest of creation in Genesis 1, now will use animals in sacrifice as an intermediary between themselves and the Lord God.   This situation of animal sacrifice for the people chosen by God to be His light to the nations will continue until the sacrificial death of God’s Son on the cross brings an end to such practice as a way to please or appease God.  God will choose death, the sacrifice of His own Son, as the means to end humans using the blood of animals as their intermediary with God.  “But when Christ appeared as a high priest of the good things that have come, then through the greater and more perfect tent (not made with hands, that is, not of this creation) he entered once for all into the Holy Place, taking not the blood of goats and calves but his own blood, thus securing an eternal redemption. …  Therefore he is the mediator of a new covenant, so that those who are called may receive the promised eternal inheritance, since a death has occurred which redeems them from the transgressions under the first covenant. … But as it is, he has appeared once for all at the end of the age to put away sin by the sacrifice of himself” (Hebrews 9:15-26).  The coming of the Son of God into the world brings an end to animal sacrifice and restores humanity’s relationship to God.  Humans originally were to be mediators between God and the rest of creation.  The human dominion over animals was to be demonstrated by the humans standing before God as the mediators for the entire created order.  Animal sacrifice overturned the original order established by God and unnaturally placed the animals between God and humans!  The animals in some fashion became the intermediary to appease God.  In the incarnate Christ, once again humanity has the role of mediator between God and creation; human life and action now are what put us right with God. At the proskomedia (when the priest prepares the bread to be offered and sanctified in the Liturgy which follows), the Christian understanding of the Eucharist is presented in prayer by the celebrant: “Sacrificed in the lamb of God who takes away the sin of the world for the life of the world and for its salvation.”  No longer does a flood cleanse the world of sin; no longer will animal sacrifice purify the flesh or the soul.  Now the sin and wickedness of the world is taken away by Jesus Christ, who is the first fully human person, and thus can serve as microcosm and mediator and priest.

Noah builds an altar and offers worship to God “for the whole world” as we pray in the Anaphora.   In St. Basil’s Liturgy the priest in the Offertory Prayer says, “Look down on us, O God, and behold this our service.  Receive it as You did the gifts of Abel, the sacrifices of Noah, the priestly offices of Moses and Aaron, and the peace-offerings of Samuel.”  We ask God to look down on our feeble efforts to worship Him, and to remember the worship of His chosen servants that pleased Him.   Not only do we remember all that God has done for us (anamnesis), we want God to remember, when viewing our worship, those humans who pleased Him!

We are not told whether Noah is making a thanksgiving or peace offering or making propitiation for the sins of the world.  Any one of those offerings might be appropriate.  God has not commanded any sacrifice be offered, but perhaps Noah is taking no chances and wants either to thank God for saving him or to appease God so that there will be no more devastation.   Noah doesn’t say a word, remaining as silent as he has for his entire life. 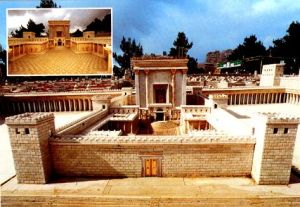 “took of every clean animal and … bird… and offered burnt offerings…”   God had not commanded animal sacrifice, so what possesses Noah to offer it?   He preserved the life of all these animals for a year in the ark only to kill them now.  The image of Noah living in some paradisiacal peace with the animals as companions in the ark is suddenly shattered by Noah slaughtering them.  Some have argued that humans by nature are to be priests and kings, so that sacrificial worship is natural to humans.  At worship is when we are most human in this line of thinking.   However so far in the text there was only one other instance of animal sacrificial worship and that was immediately followed by the murder of Abel!  Nevertheless most commentators feel God was pleased and appeased by the sacrifice whether it had been commanded by God or initiated by Noah.   Throughout the Temple period of Judaism the main form of worship for Israel involved animal sacrifice.   Somewhere near 70AD the Romans completely destroy the temple in Jerusalem and the city itself, and then Jewish animal sacrifice and the sacrificial priesthood came to an end.   Judaism survived the destruction of the temple as rabbinic Judaism with its emphasis on the Torah was on the ascendancy at the very time Jerusalem was destroyed.   Christianity is actually one form of rabbinic Judaism that comes from this time period.  Christ Himself downplayed the Temple, but unlike Pharisaical Judaism with its emphasis on the Torah, Christ the Teacher asserts Himself – the incarnate Word of God and Messiah – as more important than the Torah and the Temple.  Jesus claims His interpretation of the Torah is the revelation of God.   Christianity for its part never practiced animal sacrifice always seeing Christ as the once and for all sacrifice that ended the need for any blood sacrifice.

Paul Harkins (Tr.) notes that in the Church’s early history, it was the moral life which Christians advocated which attracted pagans. Commenting on Christians in the 4th Century, Harkins writes about John Chrysostom’s task as pastor:

Many Christians were such in name only. They frequented the wine shops, they haunted the theater and the hippodrome, they fasted with the Jews and celebrated the kalends of January with the pagans. These people were not attracted to the Church because of the profundity of its dogma; it was the moral teaching of the Gospels, the ideal of Christian charity, and the hope that God would rescue them in their miseries that brought them into the Church. Chrysostom’s task was to keep them there and to make them worthy members of Christ’s Body. Hence he must improve them, instruct them, interest them, edify them, and keep them from falling back into their old errors and corruption. (BAPTISMAL INSTRUCTIONS, pg. 6)