This is the 11th blog in the series which began with The Brainless Bible and the Mindless Illusion of Self and is exploring ideas about free will, the mind, the brain and the self. The previous blog is Reductionism and Determinism.   This blog series is based on the recent books of two scientists who are considering some claims from neuroscience about consciousness and free will:  Michael S. Gazzaniga’s  WHO’S IN CHARGE?:  FREE WILL AND THE SCIENCE OF THE BRAIN and Raymond Tallis’  APING MANKIND:NEUROMANIA, DARWINITIS AND THE MISREPRESENTATION OF HUMANITY.

One of the ways in which some neo-atheists attempt to shape the thinking that humans are not in any way different from other animals is to create the image that nothing exists in the universe except materialism.  Since they accept as fact their belief that there is nothing but material existence, they assume humans too cannot rise above mere material existence. So the materialists unceasingly repeat the claim that the human brain is no different than a computer  – just a machine crunching information and creating an illusion of self, consciousness and free will. Tallis reports for example that Colin Blakemore in her lectures “Mechanics of the Mind” said:

“The human brain is a machine which alone accounts for all our actions, our most private thoughts, our beliefs… It makes no sense (in scientific terms) to try to distinguish sharply between acts that result from conscious attention and those that result from our reflexes or are caused by disease or damage to the brain.” (Tallis, p 52)

The notion that what the brain does is ‘information-processing’  is called the Computational Theory of the Mind and is associated especially with cognitive psychology.   Both Gazzaniga and Tallis take exception to these claims  that the brain is merely a computer as do a number of other scientists.  Tallis points out repeatedly that it takes a conscious mind to make a computer function or be useful.  Without an operator to create and activate a computer, it would do nothing, unlike the human mind which is functioning continually. 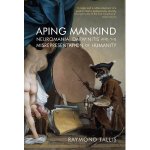 “We start imagining that machines that help us to carry out certain functions actually have those functions …  We forget that in the absence  of any human beings using the tool its function would not be performed … It is therefore wrong to imagine the mind as being analogous to a computer.  In the absence of minds, computers do not do what minds do.”  (Tallis, pp 184-186)

Tallis cautions that there exists logical and terminological confusion which contributes to assuming the brain is simply a computer.  He points out that Information Theory uses the word “information” is a specialized way in order to quantify it.  However, this technical use of “information” should not be confused with the common ideas of perception or meaning as being “information.”   Information in engineering means technically “uncertainty reduction” which is not how we commonly use information when speaking about what the brain deals with.  Tallis writes:

“…the information in a book, or on a disk, is only potential information … it remains merely potential until it is encountered by an individual  requiring and able to receive information, able to be informed.  In the absence of such a (conscious) organism, it is sloppy and inaccurate to refer to the states of objects as ‘information’; but  such lose talk is the beginning of a very long journey. …  Once the concept of information is liberated from the idea of someone being informed and from that of a conscious someone doing the informing, anything is possible.”  (pp 207-208)

There is, Tallis reports, a huge difference between what a human mind does with information and what a computer is capable of doing with information.  That difference is that humans are conscious and related to the world about them and consciously use experience in shaping and being shaped by what they experience.  The conscious human, the self (an observer, interpreter, user), is a necessary element for there to be information at all.  This point Tallis makes in a variety of ways as he shows what the limits of a computer are and how it does not come close to being a human brain.

“Computers do not get any nearer to becoming conscious as their inputs are  more complexly related to their outputs and however many stages and layers of processing intervene between the two.  A Cray supercomputer with terabytes of RAM is no more self-aware than a pocket calculator.” (Tallis, p 173)

For Tallis the Computational Theory of the brain falls seriously short by not recognizing the different between what a mind does consciously with information versus what a computer does in processing data.  The computer comes nowhere even close to consciously dealing with anything.

Additionally, as mentioned previously, not only are humans different from other animals and from computers because humans are conscious, there is among humans that shared social space in which individual consciousness interacts and forms that social dimension which in turn is acting consciously on the environment.

“The same holds true for brains. Brains are automatic machines following decision pathways, but analyzing single brains in isolation cannot illuminate the capacity of responsibility. Responsibility is a dimension of life that comes from social exchange, and social exchange requires more than one brain. When more than one brain interacts, new and unpredictable things begin to emerge, establishing a new set of rules. Two of the properties that are acquired in this new set of rules that weren’t previously present are responsibility and freedom. They are not found in the brain, just as John Locke declared when he said, ‘the will in truth, signifies nothing but a power, or ability, to prefer or choose. And when the will, under the name of a faculty, is considered, as it is, barely as an ability to do something, the absurdity in saying it is free, or not free, will easily discover itself.’ Responsibility and freedom are found, however, in the space between brains, in the interactions between people.”  (Gazzaniga, Kindle Loc. 2174-82)

Human consciousness has created an immaterial “space between brains,” the interactions between people – society, social interfacing –  which means humans are not limited to, completely controlled by or coterminous with material existence.  Humans create and experience and share this immaterial conscious space, and it is very much part of what it is to be human.  It also is the way in which humans are totally unlike any other animal and also unlike computers.

Next:  Memory and the Mind

8 thoughts on “Is the Brain Nothing but a Biological Computer?”