Because I have served for the last several years on the OCA’s Sexual Misconduct Policy Advisory Committee, I get asked occasionally questions about our policies and whether or not the OCA follows its own policies.

As with the policies of any institution, there is always a give and take debate about how broadly or narrowly policies are to be interpreted (and applied).

For those who are interested in understanding the OCA’s policies on sexual misconduct in the church, you can read them on the OCA’s webpage:   PSP of the OCA on Sexual Misconduct.

For those who want to avoid wading through the entire document, you can read below the  Standards of Conduct for Clergy which do currently govern how the OCA officially understands the issue of sexual misconduct for clergy.  These policies were originally adopted by the Synod of Bishops in 2003 so at this point in our history really should be the standard operating procedures for the OCA and should be ingrained in the thinking of the bishops and the chancery staff.

5.01. Canonical Obligations: Those set apart for ordained ministry bear a particular responsibility to pattern their lives after Jesus’ example. Members of the clergy have obligations to the Church, their Bishop, and those in their pastoral care that derive from their ordination. Nothing herein diminishes or changes those responsibilities and obligations.

5.02. Basic Prohibition: No member of the clergy shall commit, attempt to commit, or engage in any act of sexual misconduct.

5.03. Pastoral Authority: Members of the clergy, by their position, have an inherent power over others. That power, whether or not acknowledged by clergy or believed to exist by the others, creates a difference between themselves and the laity that places a special moral burden on the clergy. No member of the clergy shall use or exploit his position in connection with his sexual or emotional needs or desires.

5.04. Avoidance and Precautions: Members of the clergy should be aware of and not disregard any signs of sexual boundary breakdown in relationships with others. They also should be aware that there could be sexually aggressive people who could initiate improper relationships. Members of the clergy shall at all times take precautionary measures to avoid inappropriate behavior that could lead to sexual misconduct.

5.05. Counseling and Assistance: Any member of the clergy who finds himself at risk of probable acts of sexual misconduct in response to an inappropriate sexual or romantic attraction or impulse, or for any other reason, shall immediately seek counsel and pastoral guidance from an individual trained and experienced in the field. With approval of the Bishop, the costs thereof shall be paid or reimbursed by the diocese.

5.06. Cooperation and Discipline: All members of the clergy who are respondents in matters involving alleged sexual misconduct shall cooperate fully with all reviews and investigations; shall provide full, complete, and truthful information; and shall accept and abide by all recommendations and discipline that may result from the matter.

None of the above is any secret, it is posted on the OCA’s webpage as official policy, so we should be able to expect that the OCA will live up to and follow its own standards in dealing with allegations and in dealing with those clergy who violate the standards of conduct for clergy. 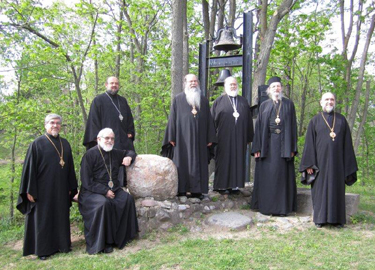 Next:  Clergy Responsibility in Sexual Misconduct

5 thoughts on “Standards of Conduct for Clergy”