My father, Vladimir Bobosh, fell asleep in the Lord this morning.

I learned from him especially the value of honesty, integrity and humor.  As a young teen he ran away from home, not happy there.  In his last year he frequently expressed a desire to go home.   Hopefully, now he has found his way home to the Father who always loved him. 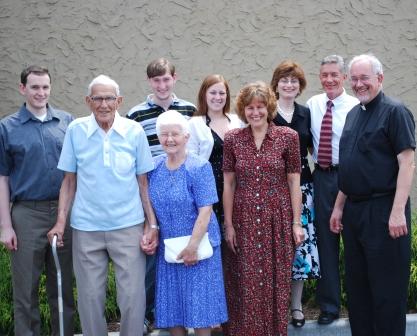 My sermon notes from his funeral are at Reflection on Being Dust.

Inasmuch as I have been involved in working on the OCA’s sexual misconduct policies, I have paid some attention to the news regarding policies adopted by other agencies including non-church agencies.  I recently was directed to a webpage dealing with law enforcement and sexual abuse.  Any agency which has “power” over others has to be aware that such power is also abused.  So I found the document, Addressing Sexual Offenses and Misconduct by Law Enforcement: Executive Guide, to be interesting.  As a victim of police sexual misconduct says,

“I feel that I have been given a life sentence… I frequently have intrusive memories of the assault… I cringe every time I see… a male officer in uniform, or a law enforcement vehicle. I am not the same person I was before the assault and I might never be that person again.”   —Survivor of Sexual Assault by Law Enforcement

People who have power over others can be viewed with great respect or fear, but when they abuse their power and violate ethical norms they can cause long lasting harm to others.  This is what clergy must remember as well, for a clergyman who engages in sexual misconduct violates all issues of trust and morality and can destroy the faith others have in the church and in God.

“It is the agency executive’s responsibility to foster an environment in which ethical behavior is expected and each member of the department is held accountable for meeting those standards.”  —Chief Russ Martin, Delaware Police Department, OH

“Within the policing profession some conditions of the job may inadvertently create opportunities for sexual misconduct. Law enforcement officers (1) have power and authority over others; (2) work independently; (3) sometimes function without direct supervision; (4) often work late into the night when their conduct is less in the public eye; and (5) engage with vulnerable populations who lack power and are often perceived as less credible (e.g., juveniles, crime victims, undocumented people, and those with addictions and mental illness).”

These same conditions which “may inadvertently create opportunities for sexual misconduct” among law enforcement are equally true among clergy.   Clergy also most frequently work alone with little supervision in their daily activities, they work all kinds of hours and with all kinds of people so it is easy for them to hide misbehavior or to keep it out of the public eye.

“Any type of officer misconduct erodes trust in, and respect for, the profession. When a leader fails to ensure the adequate monitoring of officer actions or disregards complaints or concerns about officer conduct, the department in effect condones the misconduct and enables it to proliferate. It is the leader’s responsibility to ensure that policies to address and prevent sexual offenses are implemented; that all employees regularly receive effective training … and that roles, responsibilities, and professional standards are communicated clearly and reinforced consistently throughout the department.”

The leadership (in the case of the church – in parishes, the priests and in dioceses, the bishops) is responsible for monitoring conduct and for ensuring that policies and standards are maintained.  It is a discipline, and one would think in the church where we are to be disciples, we would understand the importance of discipline when it comes to misconduct.  Failure to uphold high standards leads to a lowering of standards.

Law enforcement agencies are called to establish and enforce their own codes of conduct in dealing with sexual abuse:

“It is imperative to have procedures in place in order to effectively handle incident reports or complaints concerning officers. The process must be:

1. comprehensive, where an agency investigates all complaints received, including those that are anonymous or from third parties;

3. fair, where the officer accused of misconduct is treated respectfully and receives a detailed investigation into the allegation;

4. thorough, where the investigation is complete enough to determine validity of complaints and identify and unfound those that are false; and

5. transparent, where a formal process to accept complaints exists, and all personnel know how to handle a complaint.” 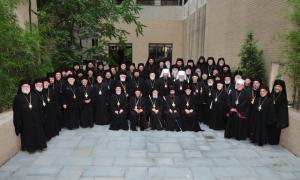 Those who doubt that the church needs strict policies and accountability, need only consider that every agency in America today has to deal with these same issues or they will suffer the loss and consequences in courts of law, even the police.

The church’s policies are formed not in a vacuum, but in the context of the society in which we live.

“Collaboration with victim service agencies in the community can encourage the reporting of incidents. Victim advocates need to know that the department takes allegations seriously and wants to receive information about any incidents or offenses, with the consent of the victim, even if communicated through a third party.”

The church which believes there are standards of behavior set by God is expected by society to live up to societal standards of ethical behavior.  We in the church have to set an expectation that our bishops and priests will abide by the standards set up in church policy, will enforce those policies and will ensure through proper discipline of those who violate these standards and policies that there is a zero tolerance for any sexual misconduct by clergy.

A list of other blogs I’ve posted on church sexual misconduct with links to them can be found at Blogs on Church Sexual Misconduct.