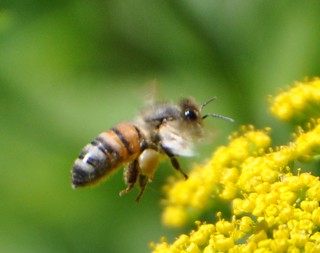 Last year I published two blogs focusing on our pollinating friends, the bees: The Blessing of the Bees and To Bee or Not to Be.   Bees are an incredibly important animal for humans as they pollinate so many of the fruits, vegetables and grains we depend on for food for ourselves and our live stock.  They are perhaps the only insect for which we in the Orthodox tradition have prayers asking God to bless and protect them, as mentioned in last year’s blogs.  It is a cause for prayer among Orthodox that bees are having trouble surviving in the world today – bee colonies continue to die, and scientists are still working hard to understand why this puzzling destruction of the bees is occurring.  For those of us Orthodox who care about the environment and about God’s creations, praying for the bees should be natural!

Bees are often portrayed positively in Orthodox spiritual writings – their importance to humans is recognized and they are often viewed as being examples of various virtuous behaviors which Christians should imitate.

“One of the old men used to say, ‘Wheresoever the bee goes it makes honey; and thus also it is with the monk, for wherever he goes he does the work of God.'”   (The Paradise or Garden of the Holy Fathers (Volume 2), Kindle Loc. 3144-46) 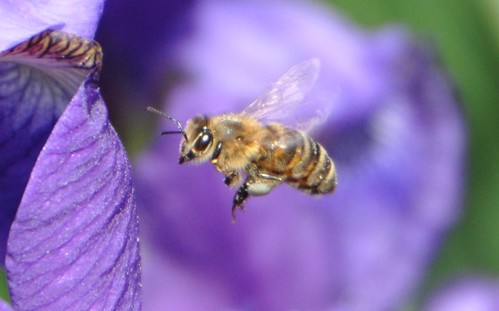 “Like a bee that secretly fashions its comb in the hive, so also grace secretly forms in hearts its own love. It changes to sweetness what is bitter, what is rough into what is smooth.”   (Pseudo-Macarius – 4th Century,  A Patristic Treasury: Early Church Wisdom for Today, Kindle Loc. 3033-34) 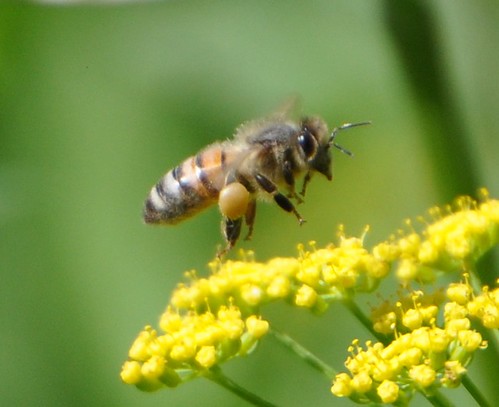 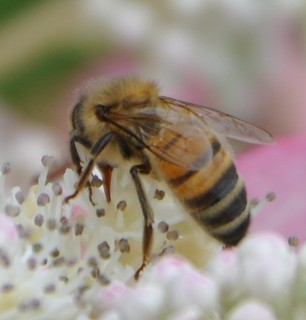 “Imitate the character of the bee, because it constructs its honeycomb without injuring anyone or destroying another’s fruit.  It gathers the wax openly from the flowers, then, sucking in with its mouth the honey, a dewlike moisture sprinkled in the flowers, it injects this into the hollows of the wax.  At first, therefore, it is liquid, then in time being matured, it attains its proper consistency and sweetness.

The bee itself has won honorable and becoming praise from the Proverb, which calls it wise and industrious (Proverbs 6:8a, LXX).  It gathers its food so laboriously (‘Whose labors,’ it is said, ‘kings and private men set before them for their health’ (Proverbs 6:8b, LXX), 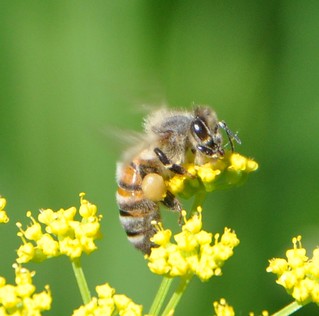 and devises so wisely its storehouses for the  honey (stretching the wax into a thin membrane, it builds numerous cells adjacent to each other), that the great number of the connecting walls of the very tiny cells supports the whole.  Each cell fastens upon the other, separated from and at the same time joined to it by a thin partition.  Then these compartments are built up on each other two and three stories.  The bee avoids making one unbroken cavity lest the liquid, because of its weight, should break through and escape to the outside. 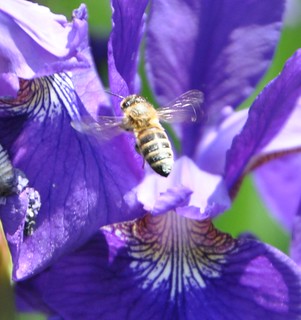 Notice how the discoveries of geometry are merely incidental to the very wise bee.  The cells of the honeycombs are all hexagonal and equilateral, not resting upon each other in a straight line, lest the supports, coinciding with the empty cells, might meet with disaster; but, the corners of the hexagons below form a base and support for those resting upon them, so that they safely sustain the weights above them and hold the liquid separate in each cell.” 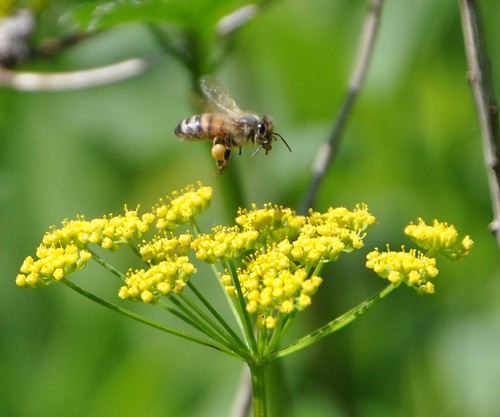 You can find links to all my photo-blogs at Fr. Ted’s Photo Blogs. 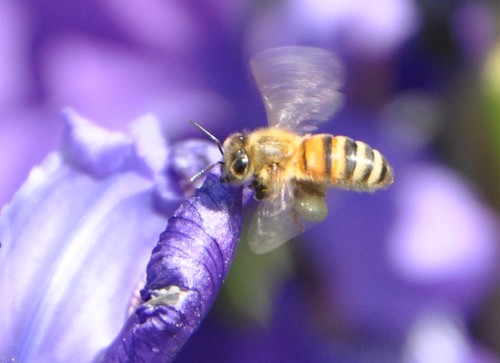 6 thoughts on “How Sweet It Is To Bee”