This blog concludes the blog Demonic Possession as a Physical Ailment.

Archimandrite Vassilios Papavassiliou says spiritually we don’t fear Satan precisely because we do have a fear of God.   This fear of God, however, is not a cringing in terror in the face of an unpredictable power, but more awe and respect for the Creator. 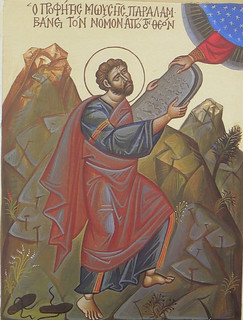 “But the fear of God is not a paralyzing or timid fear. On the contrary, fear of God pushes us to do good, to repent and become more like Christ. This kind of positive fear is aptly expounded in the second-century Christian work, The Shepherd of Hermas: “Fear,” said he, “the Lord, and keep His commandments. For if you keep the commandments of God, you will be powerful in every action, and every one of your actions will be incomparable. For, fearing the Lord, you will do all things well. This is the fear which you ought to have, that you may be saved. But fear not the devil; for, fearing the Lord, you will have dominion over the devil, for there is no power in him. . . . For fears are of two kinds: for if you do not wish to do that which is evil, fear the Lord, and you will not do it; but, again, if you wish to do that which is good, fear the Lord, and you will do it. Wherefore the fear of the Lord is strong, and great, and glorious. Fear, then, the Lord, and you will live to Him, and as many as fear Him and keep His commandments will live to God.”   Unfortunately, in contrast to the teaching of Hermas, there are many Orthodox Christians who live in fear of the devil, demons, magic, and curses. This displays a terrible lack of faith. Such fear is contrary to God’s providence . . . contrary to spiritual knowledge. The teaching of Hermas is echoed by many other Fathers: the demons have no power! They can only tempt and frighten, and have no power other than what God permits. This is made abundantly clear in the many accounts of exorcism in the Gospels. The demons fear Christ. They also fear the saints. They should also fear us, rather than us fearing them. There is no dualism in Christianity; God and the devil are not two equal powers playing with humanity like pawns in a chess game. Fear God, and the devil will fear you!” 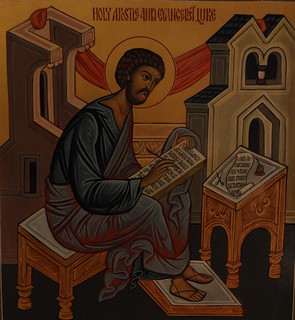 “Why do you fear the Devil, O Christians? He cannot force you to do anything. The Devil should, rather, fear you, not you the Devil, for you are clad in the armor and panoply of God; you have as a sling the sign of the Precious Cross, with which, and from a distance, you can smite all of the demons; you wield, as a two-edged sword, the Name of our Lord Jesus Christ, which the demons fear and at which they tremble. As for you, if you are willing to keep the commandments of the Lord, and to be the true friends and soldiers of the Heavenly King, you will have no need of magic or any other device of the Devil, and you will trample on him with your feet as though he were a beast, a little sparrow, a scorpion, or an ant. ‘Behold, I give unto you power to tread on serpents and scorpions, and over all the power of the enemy: and nothing shall by any means hurt you.’  [Luke 10:19] Hence, if you will, the Devil can become so small and lowly that he resembles an infant; and again, if you will, the Devil can become so mighty against you that he roars like a fearsome lion and seeks to devour you.”   (Thirty Steps to Heaven: The Ladder of Divine Ascent for All Walks of Life, Kindle Loc. 1567-89)