Each year around our July 4th Independence Day holiday I try to read a book on American history.  This year I read  BAD RELIGION: HOW WE BECAME A NATION OF HERETICS   by Ross Douthat, in which he examines recent history and religious trends in America over the past 70 years or so.  I found the book’s first half, a review of American religious history and trends from the mid-20th Century to be slow and not of great personal interest, though it is needed to help understand what happens to American religion in the 1970s and beyond.   Douthat advocates for a reinvigoration of traditional Christian doctrine and adherence to traditional Christian moral values, especially in the face of the rapidly changing philosophical assumptions in American culture and the corresponding cultural ambivalence toward any kinds of ethical norms for the society as a whole.    Individualism has so triumphed in American culture that the idea of “social norms” or cultural mores are commonly seen as completely antiquated and no longer relevant.   Moral values have become so deeply personal that they can no longer be seen as shared values which can unite us together.  Individualism undermines ideas of shared experience let alone a social ethics.

Douthat’s subtitle is interesting:  “how we became a nation of heretics.”  For by Orthodox or Nicene Christian standards America has not just recently become heretical but was conceived and trained in heretical ideas of the 18th Century Enlightenment, individualism, deism and Unitarianism.  Douthat sees America as moving away from some form of traditional Protestant Christianity, but Orthodox might see America as simply continuing on the path on which it started from the beginning as a nation when its adherence to Nicene Christianity was tenuous at best.  How much America can be measured as having been founded as a Christian nation depends on how much one adheres to the ancient standard and definition of what it means to be Christian: the Nicene Creed, the Trinity and the incarnation of God in Christ.

Douthat summarizes the purpose of his book on the last page:

“This book has often made a more instrumental case for orthodoxy—defending its exacting moralism as a curb against worldly excess and corruption, praising its paradoxes and mysteries for respecting the complexities of human affairs in ways that more streamlined theologies do not, celebrating the role of its institutions in assimilating immigrants, sustaining families, and forging strong communities.  My hope throughout has been to persuade even the most skeptical reader that traditional Christian faith might have more to offer this country than either its flawed defenders or its fashionable enemies would lead one to believe.”  (p 293)

“Christian heresies vary wildly in their theological substance, but almost all have in common a desire to resolve Christianity’s contradictions, untie its knotty paradoxes, and produce a cleaner and more coherent faith.  Heretics are often stereotyped as wild mystics, but they’re just as likely to be problem solvers and logic choppers, well-intentioned seekers after a more reasonable version of Christian faith than orthodoxy supplies.  They tend to see themselves, not irrationally, as rescuers rather than enemies of Christianity—saving the faith from self-contradiction and cultural irrelevance.” (p 12) 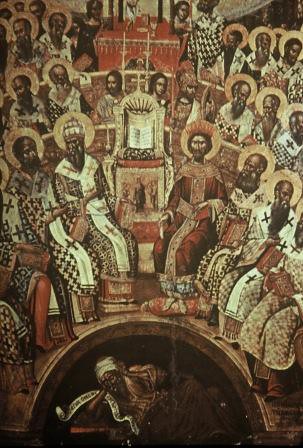 “The goal of the great, heresies, on the other hand, has often been to extract from the tensions of the gospel narratives a more consistent, streamlined, and noncontradictory Jesus.”  (p 153)

“The method is almost always heresy’s either/or, rejecting any attempt to resolve contradictions or honor paradoxes in favor of a ruthless narrowing designed to make the character of Jesus more consistent, even if this achievement comes at the expense of the tensions that make him fascinating.  Either Jesus was divine or he was human.  Either he was compassionate toward sinners or he preached a rigorous sexual morality.  Either he preached in parables or he engaged in longer theological discourses.  Either ‘all apocalyptic elements should be expunged from the Christian agenda,’ … or else Jesus should be understood exclusively as an end-times prophet.

In the revisionist mind-set, synthesis is always suspect.  We have to choose between Mark’s Jesus or John’s Christ, between the aphoristic Jesus and the messianic Jesus, between Jesus the Jew and Jesus the light to the Gentiles.”  (pp 160-161) 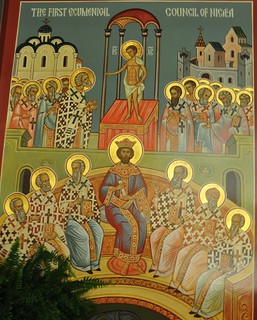 Throughout history, heretics started off by trying to correct something they were uncomfortable with in Christian theology.  Fearing excesses and contradictions, tensions, paradoxes, ambiguities, they tried to fix the problems by eliminating some elements of Christianity to make it more certain, rationally consistent, absolute and monolithic.  They tried harmonizing the Gospels, eliminating the Old Testament, doing away with the troubles caused by the theology of the Trinity, the incarnation, and salvation through the God-man.  They often endeavored to reach their goals by focusing on one idea at the exclusion of others found in Scripture and by rejecting that in the Scriptures sometimes more than one version of an event is presented which leaves us with possible contradictions, paradoxes, ambiguities.  They always wanted to deal with the mystery of God by making the Scriptures completely humanly rational and consistent.

Douthat points out that this heretical tendency has continued down to present day Christianity in America, and has been the cause of much grief for the Church in the modern (or post-modern!) world.  Heretics want to conform God and the Church to their ideas of what is rational or what serves their purposes.

Douthat identifies two tendencies with heretical implications in American religious thinking: messianism and apocalyptism in which either America and its religious leaders are going to save the world by their grand ideas or bring  it all to a decisive end.

“Instead of balancing each other out, the two heresies of nationalism have taken turns in the driver’s seat of both political coalitions, giving us messianism from the party in power and apocalyptism from the party out of power, regardless of which party is which.”  (p 268) 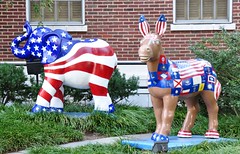 So now both religious and political leaders see themselves as the messiah needed to save the nation and the world from destruction by bringing them to their own ideas of Paradise.  Simultaneously they both see all others (especially the “other” political party) as surely leading the nation and the world straight to hell.  But apocalyptical and messianic figures in Christian history have tended to end up badly, usually as heretics separated from the Church because their ideas were fringe, unbalanced and way too focused on a select few ideas.

Next:  Some American Heresies