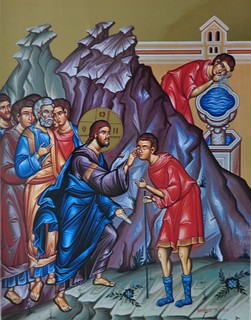 The miracle stories of Jesus Christ have been very popular with Christians throughout history.  One need only note the frequency of their occurrence in the Orthodox Church Sunday lectionary – there is a preponderance of miracle Gospel lessons over the teachings of Christ.   In the twelve Gospel lessons from the Matthew cycle of Sunday readings in 2014 only one lesson is from the Sermon on the Mount while eight of the lessons are miracles of one sort or another.  And this repeats year after year, so those who attend church only or mostly on Sundays hear just a tiny portion of the Gospel proclaimed in community and what they hear is mostly miracle stories.    Sometimes when a miracle story is reported with slight differences between the four Gospel writers, two versions of the same miracle end up being read  on Sundays during the course of the year (the Gaderene swine for example is read in both the Matthew and Luke cycle).  Some people are attracted to the miracles of Christ more than to His ethical teachings especially since they may not have an interest in submitting their lives to His Lordship but want the power of miracles anyway.  Some seek miracles (magic?) in their own daily lives through Christ, the Holy Spirit, the saints, miracle workers, relics or whatever can bring such mystical power into their lives..   For these folk miracles are the most important aspect of faith, but it has been pointed out that the focus on miracles in one’s daily life may be a sign of spiritual immaturity or even a lack of real faith in God.  In recent times, Fr. Theodore G. Stylianopoulos comments:

“It is noteworthy, however, that in Samaria, where his preaching was fully successful Jesus did not perform any miracles, perhaps suggesting that true faith does not need miracles. More or less the same idea is expressed by Jesus’ second miracle in Galilee, the healing of the official’s son. ‘Unless you people see signs and wonders, you will by no mean believe.’ ”   (Sacred Text and Interpretation, p 119)

Christ proclaims the Kingdom of God in Samaria and people respond to the Gospel in faith even though He performs no miracles.  In Galilee Christ warns that the seeking of miracles may in fact prevent people from truly believing.    Faith is a relationship with God.  Are we seeking only the gifts or do we seek the Giver?   The pursuit of miracles may be because we don’t really want a relationship with God who may then put demands on us and on our lives  Christos Yannaras says that true faith is a relationship of trust and in that sense “a miracle nullifies faith” because then we no longer have to trust for we have received the proof and then surrender our will to the power (AGAINST RELIGION, p 15).  St. John Chrysostom points out that though St. Paul  had the power to perform miracles, he rarely used that gift and prefered to convince people about the truth of Jesus Christ by arguments from scripture.  Thus for St. Paul, people coming to believe in Christ without experiencing any miracles was preferred evangelism rather than impressing people with miracles.

“Chrysostom fears that if people turned to the gospel out of awe at seeing thaumaturgic acts, then faith would be rendered inconsequential.   …The apostle always could perform miracles, but only chose to do so in cases of serious need.  This Paul is the ultimate ascetic who includes in his renunciatory portfolio his miraculous abilities, which he forgoes for the sake of the greater good, the salvation of the whole world.  And the achievement he gains from this strategic choice – convincing people to believe in the gospel from arguments rather than signs – is, paradoxically, the greatest sign of all.

‘You see how again (Acts 28:23) he close their mouths, not with signs, but with appeals to the Law and Prophets, and everywhere he does this—although he could have done signs, as well, but finally it would not be a matter of faith.  For this is the great sign: to persuade people from the Law and the Prophets.’ ”    (Margaret Mitchell, THE HEAVENLY TRUMPET: JOHN CHRYSOSTOM AND THE ART OF PAULINE INTERPRETATION, p 293-294)

St. John Chrysostom writes that for Christians acts of charity are superior to miracles for Christ commanded us love others but didn’t order us to do miracles:

So the issue may be exactly what people are seeking in their lives:  to become disciples of Christ (which is what Christ wanted and what the apostles worked for) or to experience miracles (which is often what people prefer: contact with ‘magic powers’).   While some seek miracles in their lives, what the New Testament authors thought was more important is that we witness to our faith in Christ by our behavior so that others recognize us as disciples of Christ by the way we love one another.  People will know we are Christ’s disciples not by our performing miracles but by the way we love one another.  But even beyond that, Christ warned that being able to perform miracles is in fact no sign that you are a disciple of His. 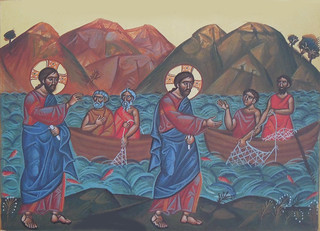 So you can even do miracles and Christ can declare you to be not His disciple but rather an evildoer!   That is something for miracle lovers to think about.  Miracles may not even be a sign of the kingdom.  Christ says more important is that we love one another as he taught us so that others can see we are disciples of His.  Being His disciple, loving as He taught us to love, is more important than performing miracles or having miracles in our lives.   Being around others who have miracles in their lives may not be putting ourselves in relationship to Christ and his disciples.  This will seem counterintuitive to some, but it is a clear teaching of the New Testament and of Christianity.

Fr. Alexander Schmemann offers us insight into how to understand these truths, and to seek Christ instead of just seeking miracles from Him or His saints.

“Indeed, something strange happens here with religion: instead of help, we are given the cross, instead of promises of comfort and well-being, we hear the certainty: ‘They persecuted me, they will persecute you.’  And when we hear the Gospel about the Pharisees who derided the crucified Christ – ‘He saved others, he cannot save himself! He is the king of Israel; let him come down now from the cross and we will believe in him’ (Mt 27:42) – are we not immediately reminded of the derision and accusations that are heard today: ‘So, wasn’t your God able to help you?’    And indeed, as long as we expect from God only this type of help, only miracles that would eliminate the sufferings from our life, then these accusations will continue.  And they will continue because any cheap pill is certainly better able to relieve a headache than prayer and religion.  And we will never understand the mystery of the Cross as long as we expect this type of pill from religion–  be it for something trivial or important.  As long as this is the case, regardless of all the gold or silver with which it is covered, the Cross remains what the Apostle Paul said at the dawn of Christianity: ‘a scandal for the Jews, and folly for the Gentiles’ (1 Cor 1:23).  In our given situation the ‘Jews’ represent those who seek only help from religion, while the ‘Gentiles’ are those who seek clever and easy explanations.  And in this case the Cross is truly a scandal and folly.”  (Alexander Schmemann, O DEATH, WHERE IS THY STING? , pp 49-50)

See also my blogs:  Miracles: Signs and Portents, Not Magic, What is a Miracle?, and  Charity is Greater than Miracles 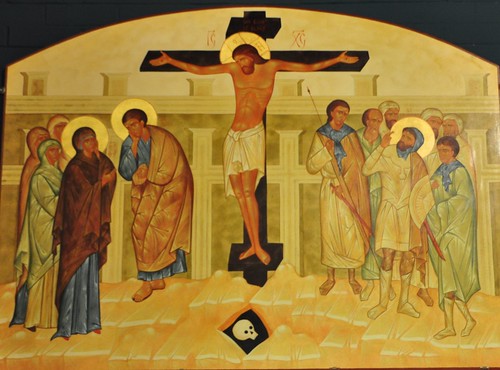