This is the second blog in a series looking at the book  Darwin’s Doubt: The Explosive Origin of Animal Life and the Case for Intelligent Design by Stephen C. Meyer.   The first blog is DARWIN’S DOUBT and Intelligent Design.

Meyer presents in great detail the scientific problems with the theory of Darwinian Evolution.  In fact, several prominent scientists have expressed their own doubts about the Theory of Evolution based upon its inability to explain what we know about  biology or based upon its failure to account for the known fossil record.  Where Meyer diverges from the majority of these scientists who question the Theory of Evolution is they continue to search for explanations only in material causes, while he has accepted the notion that there is design or intention built into biology and which can be observed through the long history of the development of life on earth.   Below are a select few of the scientific reasons he offers which call into question the Theory of Evolution as it is commonly taught.  He is piggybacking on the work of various scientists who have put forth questions about whether the current theory of evolution can in fact account for the known evolutionary evidence.  He is bringing all of the various questions together to make his case stronger.  Keep in mind that  scientists committed to current evolutionary theory are also familiar with these objections, but have not concluded that the current theory needs to be abandoned.  They tend to believe that eventually the theory and evidence will compliment each other by altering the theory not by completely abandoning it.

One problem for Darwinian evolution is how to account for the appearance in cells of the mechanisms that allow cells to function both individually and as part of an organ or organism.  To date, according to Meyer, science cannot explain how the sequencing of characters might have occurred. 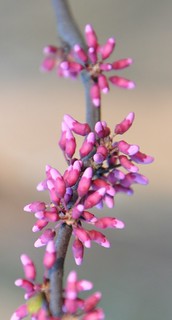 “The type of information present in living cells—that is, ‘specified’ information in which the sequence of characters matters to the function of the sequence as a whole—has generated an acute mystery. No undirected physical or chemical process has demonstrated the capacity to produce specified information starting ‘from purely physical or chemical’ precursors. For this reason, chemical evolutionary theories have failed to solve the mystery of the origin of first life—a claim that few mainstream evolutionary theorists now dispute.”  (Kindle Loc. 63-67)

The origins of life itself from inanimate materials is for Meyer a key problem with Darwinian evolution.  He is convinced that accepting the notion of Intelligent Design can explain how life could have emerged – it was intended to emerge.  For materialists of course his argument is a “God of the gaps” idea which science will eventually overcome:  we simply do not know YET how they happened but we will eventually be able to offer a materialist explanation for how they happened.  Meyer, however, argues:

“To those unfamiliar with the particular problems…”   Meyer presents a great deal of scientific evidence, but it appears his target audience is not scientists, but the non-scientist.  So those hoping that science might support their faith, might find Meyer’s arguments convincing.  I, for one, am a non-scientist.  I think he does a great job presenting the known scientific information.  However, the strength of his argument is better measured by whether scientists themselves, who already are familiar with the scientific challenges to Darwinian Theory, conclude that Meyer is correct and that Intelligent Design is the solution to the Theories problems.   So far, though perhaps a growing number of scientists admit to problems with evolutionary theory, few have abandoned it in favor of Intelligent Design.

Meyer looks at a number of scientific papers which dispute his claims, says they do not disprove what he is arguing.

“Upon closer examination, however, none of these papers demonstrate how mutations and natural selection could find truly novel genes or proteins in sequence space in the first place; nor do they show that it is reasonably probable (or plausible) that these mechanisms would do so in the time available. These papers assume the existence of significant amounts of preexisting genetic information (indeed, many whole and unique genes) and then suggest various mechanisms that might have slightly altered or fused these genes together into larger composites. At best, these scenarios ‘trace’ the history of preexisting genes, rather than explain the origin of the original genes themselves (see Fig. 11.2). This kind of scenario building can suggest potentially fruitful avenues of research. But an obvious error comes in mistaking a hypothetical scenario for either a demonstration of fact or an adequate explanation. None of the scenarios that the Long paper cites demonstrate the mathematical or experimental plausibility of the mutational mechanisms they assert as explanations for the origin of genes. Nor do they directly observe the presumed mutational processes in action. At best, they provide hypothetical, after-the-fact reconstructions of a few events out of a sequence of many supposed events, starting with the existence of a presumed common ancestor gene. But that gene itself does not represent a hard data point. It is inferred to have existed on the basis of the similarity of two or more other existing genes, which are the only actual pieces of observational evidence upon which these often elaborate scenarios are based.”  (Kindle Loc. 3948-60)

Meyer thinks the rich information we now have about DNA in fact shows that how DNA works and is made cannot be accounted for by Darwinian evolution.  There is no mechanism that can account for how life emerged or how macro evolution can occur.  For basically the current science shows that genetic mutation usually ends in death, not in the development of new forms of life.

“If mutating the genes that regulate body-plan construction destroy animal forms as they develop from an embryonic state, then how do mutations and selection build animal body plans in the first place? The neo-Darwinian mechanism has failed to explain the generation of new genes and proteins needed for building the new animal forms that arose in the Cambrian explosion. But even if mutation and selection could generate fundamentally new genes and proteins, a more formidable problem remains. To build a new animal and establish its body plan, proteins need to be organized into higher-level structures. In other words, once new proteins arise, something must arrange them to play their parts in distinctive cell types. These distinctive cell types must, in turn, be organized to form distinctive tissues, organs, and body plans. This process of organization occurs during embryological development. Thus, to explain how animals are actually built from smaller protein components, scientists must understand the process of embryological development.”  (Kindle Loc. 4815-22)

Additionally genetic science has shown that genetic development is far more complicated than first imagined by science.  The development of life is not as simple as information processing by genes for there exist multiple layers involved in the genetic process.

“But building a new body plan requires more than just genetic information. It requires both genetic and epigenetic information—information by definition that is not stored in DNA and thus cannot be generated by mutations to the DNA. It follows that the mechanism of natural selection acting on random mutations in DNA cannot by itself generate novel body plans, such as those that first arose in the Cambrian explosion.”  (Kindle Loc. 5269-72)

“The neo-Darwinian mechanism does not account for either the origin of the genetic or the epigenetic information necessary to produce new forms of life. Consequently, the problems posed to the theory by the Cambrian explosion remain unsolved.”  (Kindle Loc. 5359-61) 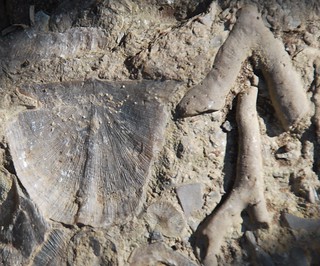 “Clearly, standard evolutionary theory has reached an impasse. Neither neo-Darwinism nor a host of more recent proposals (punctuated equilibrium, self-organization, evolutionary developmental biology, neutral evolution, epigenetic inheritance, natural genetic engineering) have succeeded in explaining the origin of the novel animal forms that arose in the Cambrian period. Yet all these evolutionary theories have two things in common: they rely on strictly material processes, and they also have failed to identify a cause capable of generating the information necessary to produce new forms of life. .”  (Kindle Loc. 6289-93)

For Meyer the great test case which Darwinian theory fails is the sudden appearance of so many new life forms in what is called the Cambrian explosion.

“The features of the Cambrian event point decisively in another direction—not to some as-yet-undiscovered materialistic process that merely mimics the powers of a designing mind, but instead to an actual intelligent cause. When we encounter objects that manifest any of the key features present in the Cambrian animals, or events that exhibit the patterns present in the Cambrian fossil record, and we know how these features and patterns arose, invariably we find that intelligent design played a causal role in their origin. Thus, when we encounter these same features in the Cambrian event, we may infer—based upon established cause-and-effect relationships and uniformitarian principles—that the same kind of cause operated in the history of life. In other words, intelligent design constitutes the best, most causally adequate explanation for the origin of information and circuitry necessary to build the Cambrian animals. It also provides the best explanation for the top-down, explosive, and discontinuous pattern of appearance of the Cambrian animals in the fossil record.”  (Kindle Loc. 7085-92)

For Meyer the problem science faces is not that it lacks theories or data, but rather that it is philosophically limited by and blinded by its commitment to atheistic materialism.   Science has bound itself to showing the material cause for everything in the universe, and thus cannot admit to what it cannot explain, nor can it allow itself to think outside this restrictive box.  So it continues to search for theories and explanations which ignore some of what the known evidence points to – that there is design in the biological life of our planet.  However one may account for it, design is built into life. 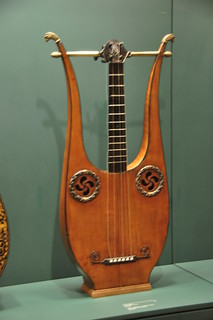 Scientific materialism on the other hand is interested in a different set of questions.  It might be similar to finding an ancient music score.  We see the signs and symbols telling the ancients how to play the music.  Yet we have no idea how to translate the written symbols into sound.    Science is more interested in what the symbols tells us that can then be translated into music.  What should the music soundlike?  Intelligent Design says the music is proof of a composer, but for science that doesn’t help us know how to play the music, how to read and interpret the score.  This is where there is a huge chasm between what Meyer is arguing versus what science seems interested in.   Even if we has the musical score there is a vast difference between seeing it on paper and hearing a symphony orchestra performing it.

Next:  Signs of Design