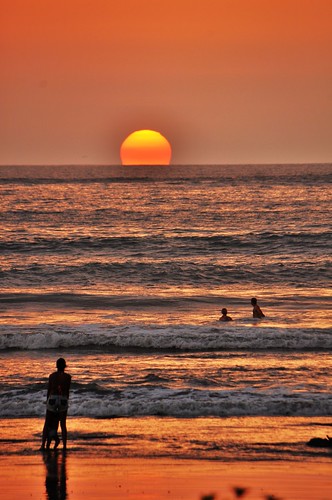 The time period from August 1-14 is in the Orthodox Church the Dormition Fast.  This two week summer lenten period is a preparation for the Feast of the Dormition of the Theotokos.  This is the last of the Twelve Major Feasts of the Orthodox Church calendar year which begins with New Year Day on September 1.    Orthodox are often reminded that fasts are not supposed to be burdens put on us during the course of the year but rather are supposed to be joyous periods which lighten our burden in the world by helping us gain mastery over things which dominate our lives, including our own appetites.  Hieromonk Calinic (Berger) writes:

“Because they have our healing and our glory as their goal, the Church’s fasting periods are also periods of joy. How can we but rejoice, when we free ourselves from so many things that dominate us? For this reason the Church calls Lent the period of ‘bright sadness’ or ‘joy-making mourning.’ It is a joy of renewal. Our hymns repeat this theme: ‘With great gladness let us accept the proclamation of the Fast.’ The idea is wholly Biblical: ‘The fast of the fourth month…shall be joy and gladness and cheerful feasts for the house of Judah. Therefore, love truth and peace’ (Zach 8:19). Our Lord Himself commanded us not to be of ‘sad countenance’ while fasting but to wash our faces and anoint our heads (Mt 6:16). The period of fasting is not a period of gloom and of being morose but of hope that things can be better through a healing change. Therefore it is a period of light, energy and inner renewal. All Christians who keep the fast experience this power.” (Challenges of Orthodox Thought & Life, p 103)

Obviously we can turn a fast into a legalistic keeping of rules imposed on us, or we can look to change our daily habits in order to free ourselves to seek God in our daily lives. 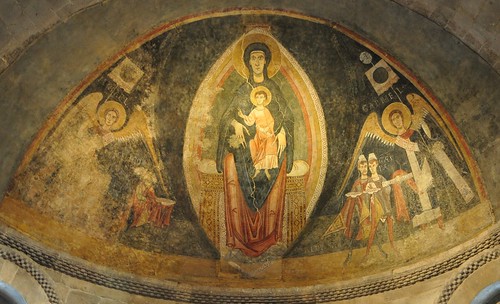 St. Paul speaks to us about the Church which he says is the body of Christ (Ephesians 5:23; Colossians 1:18,24).  The Church is the Body made up of many members – it is a community to which we belong more than a place to which we go.   It is a fellowship of believers rather than an abstract idea or authoritative body whose main purpose is to enforce rules.

“Christianity was not primarily a ‘doctrine’, but exactly a ‘community’. There was not only a ‘Message’’ to be proclaimed and delivered, and ‘Good News’ to be declared. There was precisely a New Community, distinct and peculiar, in the process of growth and formation, to which members were called and recruited. Indeed, ‘fellowship’ (koinonia) was the basic category of Christian existence.”    (Georges Florovsky, Christianity and Culture: Vol. 2, p 67) 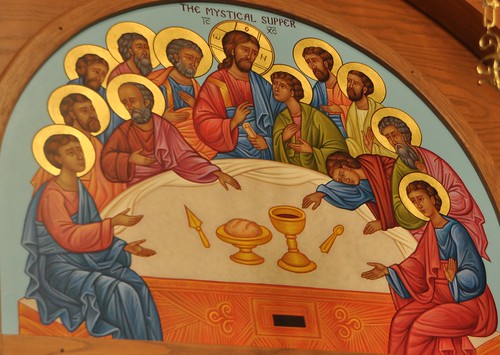 The Church is people, repentant sinners who have accepted Christ’s invitation to become His Body.  The Church is those people who know they need healing because of their spiritual illnesses and who recognize Christ to be the Physician of their souls and bodies.

“It is just the same with the history of Christianity. It cannot be judged by external facts, by the human passions and human sins that disfigure its image. We must recall what Christian people have had to contend with in the course of ages, and their bitter struggles to get the better of ‘the old man’ – of their ancestral heathenism, of their agelong barbarity, of their grosser instincts; Christianity has had to work its way through the matter that put up such a solid resistance to the spirit of Christ, it has had to raise up to a religion of love those whose appetites were all for violence and cruelty. Christianity is here to heal the sick, not the whole; to call sinners, not the righteous; and mankind, converted to Christianity, is sick and sinful. It is not the business of the Church of Christ to organize the external part of life, to overcome evil by material force; she looks for an inner and spiritual rebirth from the reciprocal action of human freedom and divine grace. It is an essential quality of Christianity that it cannot get rid of self-will – the evil in human nature – for it recognizes and respects the freedom of man.” (Nicholas Berdiaev in Tradition Alive, pp 95-96)