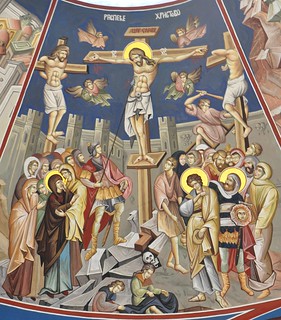 “For I say to you that this which is written must still be accomplished in Me: ‘And He was numbered with the transgressors.’ For what is written about me has its fulfillment.”   (Luke 22:37)

Christ Himself in the Gospels states that the Jewish Scriptures (our Old Testament) find their fulfillment in Him.  He offers an interpretive principle for reading the Old Testament: the prophecies will find their fulfillment in Christ.  In order to understand the Old Testament prophecies, we have to read them Christologically  or Christocentrically.  We will only understand them in Christ.  And as we shall see, Christ saw Moses as writing prophetically.  Even the book of Genesis is meant more as prophecy than history.

This blog series will look at a few of the claims found in the New Testament about interpreting the Jewish scriptures.  The goal will be to gain an understanding of the how the New Testament authors made use of the Old Testament and how they interpreted them.  If we reflect on how the New Testament uses the Old and interprets it, we can see that some of the current debates among Christians about how to understand the Scriptures can take on a new perspective.  For instead of debating how literally to interpret the Genesis creation narratives, we can come to see that the real issue for the early Christians was to read them Christologically.  The Jewish scriptures are claimed to be about Christ and so only in Christ can we come to understand them 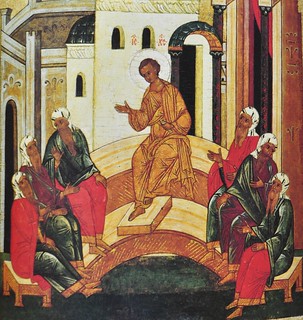 For example, in Luke 4:16-21, Jesus Christ in the synagogue reads the text from Isaiah 61, and then proceeds to appropriate the text to Himself.  The Prophet Isaiah says God’s spirit is “upon me” but Jesus becomes the speaker and claims that He Himself is the fulfillment of these words.

“So He came to Nazareth, where He had been brought up. And as His custom was, He went into the synagogue on the Sabbath day, and stood up to read.  And He was handed the book of the prophet Isaiah. And when He had opened the book, He found the place where it was written:

‘The Spirit of the LORD is upon Me,

Because He has anointed Me

To preach the gospel to the poor;

He has sent Me to heal the brokenhearted,

To proclaim liberty to the captives

And recovery of sight to the blind,

To set at liberty those who are oppressed;

To proclaim the acceptable year of the LORD.’

Then He closed the book, and gave it back to the attendant and sat down. And the eyes of all who were in the synagogue were fixed on Him. And He began to say to them, ‘Today this Scripture is fulfilled in your hearing.’” 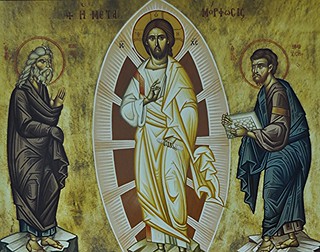 Christ is laying claim to these Scriptures in a very unique way – not just that He fulfills them, but He is the speaker of them.  Christ is the “Me” of the prophecy, speaking the words hundreds of years earlier and now fulfilling them.  In the Orthodox Church, this interpretive principle is essential to how we read any of the texts of the Jewish Scriptures.  We are not reading the Old Testament to learn history, or science, we are reading them to help us see Christ at work since the beginning of the world in the world.  Jesus challenges his Jewish contemporaries to rethink what their Scriptures do.  Christ says to them:

“And the Father who sent me has himself borne witness to me. His voice you have never heard, his form you have never seen; and you do not have his word abiding in you, for you do not believe him whom he has sent. You search the scriptures, because you think that in them you have eternal life; and it is they that bear witness to me; yet you refuse to come to me that you may have life. I do not receive glory from men. But I know that you have not the love of God within you. I have come in my Father’s name, and you do not receive me; if another comes in his own name, him you will receive. How can you believe, who receive glory from one another and do not seek the glory that comes from the only God? Do not think that I shall accuse you to the Father; it is Moses who accuses you, on whom you set your hope. If you believed Moses, you would believe me, for he wrote of me. But if you do not believe his writings, how will you believe my words?”  (John 5:37-47) 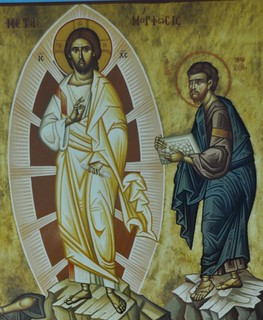 According to Christ, “the Scriptures” – the Jewish Tanakh – bear witness to Him personally.  If people want to quote the Old Testament, Jesus says they need to understand those scriptures are leading the reader to Christ.  Jesus says quite plainly that Moses wrote about Him (Jesus).  This is an incredible claim, but Jesus claims to fulfill the Old Testament prophecies and so says the Scriptures need to be read as leading to Him.  Moses in writing Genesis and Exodus wasn’t so much writing history as he was writing a prophecy about the Messiah.  The Genesis creation story is not written as science to understand the material creation, but is written as prophecy about the coming of the Messiah.  The significance of Genesis is not the factual science it presents about the creation of the world, or the history of the first humans, but what it has to say about the Messiah.

We encounter a very similar message at the end of the Gospel according to St. Luke in which Jesus helps two disciples on the road to Emmaus to understand the Jewish Scriptures and how they are about the Messiah – Christ Jesus.

And Jesus said to them, “O foolish men, and slow of heart to believe all that the prophets have spoken! Was it not necessary that the Christ should suffer these things and enter into his glory?” And beginning with Moses and all the prophets, he interpreted to them in all the scriptures the things concerning himself. (Luke 24:25-27)

Christ begins again with Moses the Prophet and then goes through all the prophets all of the Jewish texts concerning himself.  He is interpreting the entire Old Testament to His disciples to help them understand what the Old Testament says about the Messiah.  A little while later, Jesus speaks to the entire group of disciples:

“These are my words which I spoke to you, while I was still with you, that everything written about me in the law of Moses and the prophets and the psalms must be fulfilled.” Then he opened their minds to understand the scriptures, and said to them, “Thus it is written, that the Christ should suffer and on the third day rise from the dead, and that repentance and forgiveness of sins should be preached in his name to all nations, beginning from Jerusalem.” (Luke 24:44-46)

The theme is the same, that the Old Testament foretold what was going to happen to the Messiah.  Christ specifically mentions the writings of Moses – the Torah – as containing these prophecies.   According to our Lord Jesus, the Jewish Scriptures were written to testify to the Messiah and should be read in that way. 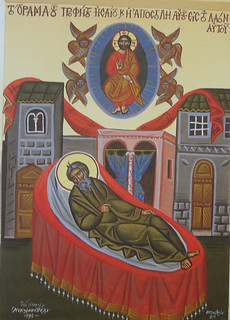 The puzzlement is that while Jesus teaches that the Scriptures are clear about the suffering and resurrection  of the Messiah and that repentance and forgiveness should be proclaimed in His Name, it is harder to find direct quotes in the Old Testament that clearly and unambiguously make these claims.  The New Testament authors were quite convinced that the prophecies were unambiguous but the story of Christianity shows the Jews themselves were not so easily convinced.  There is the suffering servant of Isaiah’s prophecy but then it is surprising what use the New Testament makes or doesn’t make of some of these passages.   Christ’s teachings are far more based in His reading of the Scriptures and he does on several occasions challenge his listeners about how they read (meaning how they interpreted)  the Scriptures.  Christ Himself becomes the key to unlocking the treasure hidden in the Scriptures.

Jesus’ unique claim to having the authority to explicate the Jewish Scriptures and the prophecies is based in his claims and that of His disciples concerning His relationship to God the Father.   It is because of who He is – the incarnate God, the God-man, the Word of God become flesh – that He has authority to interpret the Scriptures.  In John 6:45, Jesus proclaims:

It is written in the prophets, ‘And they shall all be taught by God.’ Every one who has heard and learned from the Father comes to me.

The implication is that God is teaching us in and through Jesus Christ, for Jesus is in fact God in the flesh, the incarnate God who has come to save the world which He made.

Next:  Applying the Scriptures to the Word of God