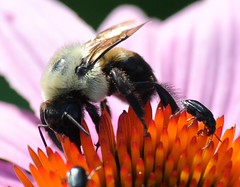 As I have mentioned in a couple of previous Blog Series ( What Does It Mean to be Human?   And   A Quest to Know What it Means to be Human) I have had an interest for all of my adult life in questions about what it is to be human and what it means to be human.   For one thing, we humans have consciousness and can reflect on these issues.  What is it about us that makes this possible?  And does this ability make us different from all other living creatures on earth?  Other animals have brains, some seem to have emotions, show signs of being able to learn, have communication skills, and can act with intention. 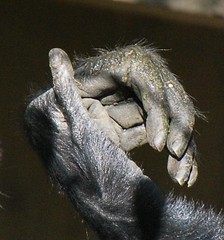 We share similar genetic and anatomical structures with other animals.  We have shared a long history on earth together with other creatures, adapting to a changing world environment.  Yet, we seem to be unique in a conscious awareness of our environment which we can share in words, symbols, images and philosophical speculation.   We can imagine a God – an invisible being, with supernatural powers who lives totally outside and beyond space and time and who miraculously has an ability to communicate with us and even abide in and with us,  and us with and in Him.   We are able to communicate with one another about this God who we believe created us, rather than our creating God.

And so, as I read, and have been an avid reader for most of my life, I am always looking for thoughts about what a human is and what it means for us to be human.  Through the years I “tagged” various passages from the books I was reading with the moniker “being human.”   I recorded the page numbers from the various books in which I logged these tags and with the advent of computers and word processing, I am able now to assemble those quotes together.  They are the basis of this Blog Series.   So this series is not ‘research’ in a traditional sense of the word.  As I was reading I would mark a passage as relating to “being human” however I defined that tag in the moment I recorded it.  Through time, my understanding of that tag changed.   So all of the quotes were not gathered to prove anything, but are rather a collection of quotes that struck me through a life time of reading.   Now I intend to assemble them and share them over the next many weeks in through the format of a Blog Series, which will eventually be gathered together in a PDF.

The quotes are mostly from Orthodox Christian sources, but not all since I read other things along the way and sometimes noted an idea that caught my attention from these other sources.   My goal in this really is to share what I have encountered as the richness and depth  of the answers to the questions:

What is it to be human?

What does it mean to be human?

What makes us human?

How do we become human?

I assume there is meaning in life.  I assume humans are unique among the animals on earth in their abilities of self-conscious awareness, creatitivity, imagination, and rational expression.  I assume that being human is a process of becoming: though a human fetus is human, he/she still is potential and if allowed to live becomes more than a fetus.  There is a process of maturation and growth and development, all of which are part of being human and which help us to become human.    Thus the title of the Blog Series, “Being and Becoming Human.”  We are human and are always in the process of becoming human.   But as we look around, we can see it is possible to dehumanize others and to behave inhumanly in our relationship to others.   That of course assumes there is some ideal or idea of what a human is.  And it assumes that we can fall from that idea or ideal, and have in fact fallen from it.

Ideas of a human are presented to us in the creation narratives found in Genesis 1 and 2.   The two accounts of Creation are quite different in detail, but both have humans being created by God.  In Genesis 1:26-28 we read:

We find in this version of the creation of humans several themes which we will frequently encounter in Orthodox writers:

Humans are created in God’s image and likeness.  The image of God in each human is indelible, though it can be covered over and become invisible through human actions, specifically through sin.

The image of God has something to do with God’s Trinitarian nature.  The image of God is related to many aspects of our being human but certainly is not limited to any physical visible aspect of ourselves.

Humans are not merely animal but are special creatures and have among all the creatures on earth a special role with God the Creator.

Humans have a special role to play in creation as well. 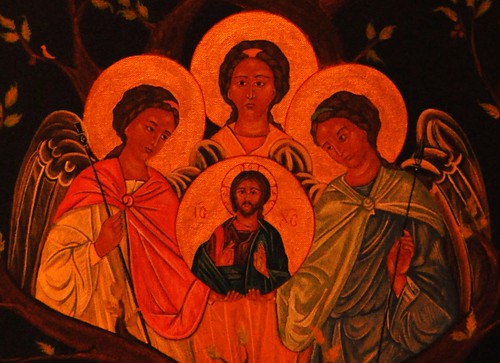 In the second account of God’s creating humans in Genesis 2:7, we read:

“…then the LORD God formed man of dust from the ground, and breathed into his nostrils the breath of life; and man became a living being.”

We find several themes in this version of the creation narrative which are emphasized a great deal in Orthodox writings:

God creates us using the already existing, inanimate dirt of the earth.  We have a physical nature.

God breathes His breath into our physical body, and thus we each have the breath/spirit of God in us naturally.  We have a relationship with God which is related to our breathing, related to our being alive.  We cannot live without also having this relationship to God.

We become “a living being” – namely, a soul.  The soul is the very place where God interacts with the human – it is the interface point between God’s spirit and the physical world.   Humanity from the moment of creation is capable of bearing God and relating to God and having God dwell within us.

Biblical authors frequently reflected on the unusual character of humans and marveled at God’s creativity and love for us.

When I consider Your heavens, the work of Your fingers,

The moon and the stars, which You have ordained,

What is man that You are mindful of him,

And the son of man that You visit him?

For You have made him a little lower than the angels,

And You have crowned him with glory and honor.

You have made him to have dominion over the works of Your hands;

You have put all things under his feet, 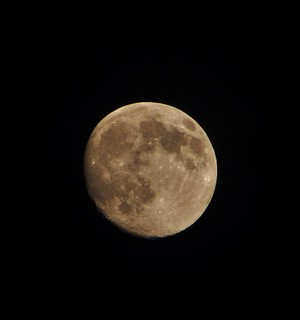 There are many objects in the universe larger than humans, seemingly more glorious and mysterious and even more powerful than us.  Yet God who forms humans with His own fingers (a touching image indeed!) is most concerned with His human creatures.   The imagery shows a tenderness in God delicately shaping us with His fingers, and a fragility in us that we must be handled with such precise, dexterous skill and care.

In the rest of this Blog series we will be exploring some of the themes about humans introduced to us in Genesis 1 and 2.   And for us, we start our discussion about humans with God.

30 thoughts on “Being and Becoming Human”