In a previous blog, Tradition: The Ship of Salvation’s Sail Not Its Anchor, I noted that while some see Tradition as an anchor holding the Church in place, it really is more appropriately to be considered the sail of the ship which catches the blowing of the Holy Spirit which takes the Church on its great sojourn to the Kingdom of heaven.  Here is another very similar thought from Metropolitan Kallistos Ware:

“I was particularly impressed by the manner in which Orthodox thinkers, when speaking of their Church as the Church of Holy Tradition, insist at the same time that Tradition is not static but dynamic, not defensive but exploratory, not closed and backward-facing but open to the future. Tradition, I learnt from the authors whom I studied, is not merely a formal repetition of what was stated in the past, but it is an active re-experiencing of the Christian message in the present. The only true Tradition is living and creative, formed from the union of human freedom with the grace of the Spirit. This vital dynamism was summed up for me in Vladimir Lossky’s lapidary phrase: ‘Tradition…is the life of the Holy Spirit in the Church.’ Emphasizing the point, he adds: ‘One can say that “Tradition” represents the critical spirit of the Church.’ We do not simply remain within the Tradition by inertia.” (The Inner Kingdom, p 9) 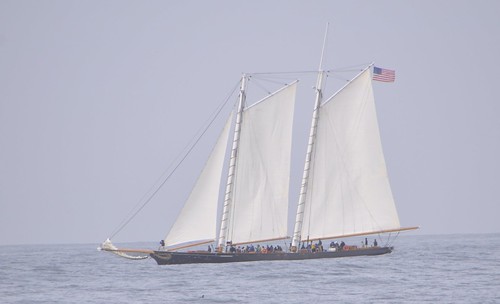 Tradition is not about orienting us to the past, for that is the wrong direction for the Church.  We are not anchored in the past like some maritime museum.  Rather, the Church is living and breathing the breath of the Holy Spirit, that wind which blows where it will (John 3:8).  We are always to be moving toward the eschaton, toward God’s Heavenly kingdom.  If we remain mired in the past we will never make that great voyage to the Kingdom.  As St. Paul says in Philippians 3:13-14 –

Brethren, I do not consider that I have made it my own; but one thing I do, forgetting what lies behind and straining forward to what lies ahead, I press on toward the goal for the prize of the upward call of God in Christ Jesus.

Tradition is not supposed to anchor us to the past.  What is supposed to be unchanging is the ship of salvation, not the location of the ship! 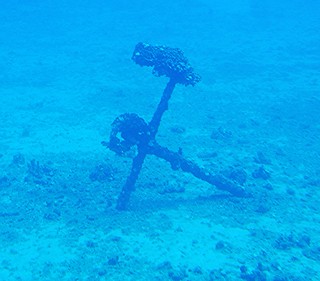 I will also add that the ship of salvation is not supposed to stay anchored in some calm haven, but is more like Noah’s ark which is a place of salvation amidst the surging storm of life.  In the Akathist, “Glory to God for All Things,”  we praise God for His Church:

“Glory to You, building your church, haven of peace in a tortured world.”

The world is awash in sin, sighing, sorrow and suffering.  The Church is to be that haven in the midst of all of this.  But that is only one thing the Church is to be, for it also must be a light to the world and the salt of earth, the Body of Christ and the temple of the Holy Spirit.

‘The human being is an animal who has received the vocation to become God.’ (Words of Basil of Caesarea, quoted by Gregory Nazianzus…) (Olivier Clement, THE ROOTS OF CHRISTIAN MYSTICISM, p 76)

This is the 3rd blog in this series which began with the blog Being and Becoming Human. The previous blog is God and Humanity (I).

Humans are the glory of God.  God delighted in creating a being in His own image with whom He could share His life and love.   Humanity was invited by God to share in the power of creative love in relating to the rest of the created universe.  Not only did God create a world in which His glory could abide, but God also brought into being a creature – the human – in whom His glory could dwell.   But God’s indwelling in the human was not even the whole story, for the Persons of the Holy Trinity created the human to be in union with Them.  Not only would God indwell in His human creation, more amazing and mysterious is that God created something with whom God could share the divine life in a living union.  God does not even withhold the divine life from us.   Humanity was created capable of union with divinity, with the potential to participate in the divine nature (2 Peter 1:4).  That is how glorious humans were in the plan of God for creation.   It was God’s intention all along to have humans living in the unity of the Trinity.    God never intended to withhold from us the divine life but wanted us to become everything that God is.  We were given that potential to perfect our humanity to become God by God’s own invitation and love.

“The human vocation is to fulfil one’s humanity by becoming God through grace, that is to say by living to the full.  It is to make of human nature a glorious temple. . . .  ‘Every spiritual being is, by nature, a temple of God, created to receive into itself the glory of God.’ (Origen…)”  (Olivier Clement, THE ROOTS OF CHRISTIAN MYSTICISM, p 76) 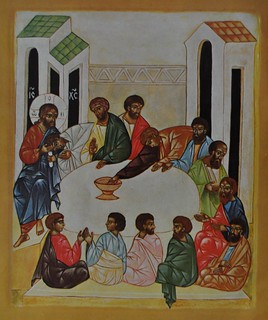 “We human persons, created in the ‘image and likeness’ (Gen 1:27) of this same Trinitarian God, are called to grow in authentic relationship with God, with our own selves, with other person, and with the creation.  With this bold affirmation, we recognize that we are not meant to be autonomous and self-centered individuals.  To live in this manner is, ultimately, contrary to our basic human nature that is rooted in the reality of the Triune God.  We are meant to be persons in relationship. . . . This means that genuine human life must be lived in relationships that are loving, nurturing and healing.”  (Kyriaki FitzGerald, PERSONS IN COMMUNION, p 4)

God as Trinity always is a relational being: Three divine persons united in love for one another who share the one nature.   God created us in His image in order for  us likewise to participate in this divine life and to become by grace what God is by nature.   As Andrew Louth so wonderfully writes about the Trinitarian God:     “in the Trinity we see that neither one nor three are ultimate: at the very heart of reality, or the source of reality, there is both one and three, together.”  (Introducing Eastern Orthodox Theology, Kindle Loc. 1775)   It is this very Trinitarian divine life that God shares with us humans and makes possible for us to experience.

“The total human person is created to progress in union with God-Trinity by living fully.  We are not persons who have a body or who possess a soul or have a spirit.  Rather we are person who are ‘embodied beings’ and ‘ensouled beings’ and ‘enspirited’ being in vital interpersonal relationship on the various integrated levels of human existence with the indwelling Trinity.  The early Fathers conceived ‘nature’ as the total being, created as body and soul with the potential to respond through the Holy Spirit to become a spirited being in living consciously in the likeness of Christ.  All this is embraced by the one general word physis (nature).  Physis is a broader term than our term ‘nature.’ It embraces not only the nature of a human person as he or she comes from the hand of God, but it also looks toward its completion and is defined according to its fulfillment rather than the beginning stage.

Thus physis is everything that God puts into a human being, whether it is the beginning stage or the final one, and it also includes that which comes to a person after he or she is baptized and begins to lead a virtuous life.”  (George Maloney, GOLD, FRANKINCNESE AND MYRRH, p 40) 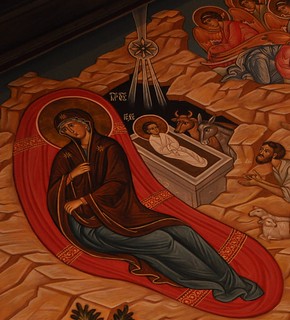 All of this language is heavily theological, but it reflects the depth and riches of what God wanted us humans to be.   Unfortunately, sometimes we practice a complete reductionism in our understanding of and vision of what it is to be human.  We so want to uphold the value of each person as an individual that we sacrifice the relational nature of humanity.  Individualism becomes alienation and autonomy, an isolation from all other human beings as well as from the rest of creation and from the Creator.   We lose sight of how important the love shared by the Three Persons of the Trinity is for our own ability to be fully human.  Individualism pushed to an extreme denies the value and power of love for others – the very way in which each human shares in the divine life.

“To speak of the sanctity or sacredness of human life is also to speak of ‘personhood.’  One is truly a person only insofar as one reflects the ‘being-in-communion’ of the three Persons of the Holy Trinity.  This is a much misunderstood concept in present-day America, where the ‘person’ has been confused with the ‘individual.’  Individual characteristics distinguish us from one another, whereas authentic personhood unites us in a bond of communion with each other and with God.  We can truly claim to be persons only insofar as we embody and communicate to others the beauty, truth and love that unite the three Persons—Father, Son and Spirit—in an eternal tri-unity.  The Trinitarian God is thus the model, as well as the source and ultimate end, of all that is authentically personal in human experience.”  (John Breck, THE SACRED GIFT OF LIFE, p 8)

God created us to be united to divinity, to share the divine life with the Persons of the Trinity, to in fact become God.  But when we make individualism the greatest good at the expense of denying our relational character, we lose our humanity.   We can never become God if we do not know how to be human as God created us to be.   As. St. Irenaeus of Lyons (d.  202AD) writes:

“’How could you be God when you have not yet become human?”   (THE ROOTS OF CHRISTIAN MYSTICISM, p 87) 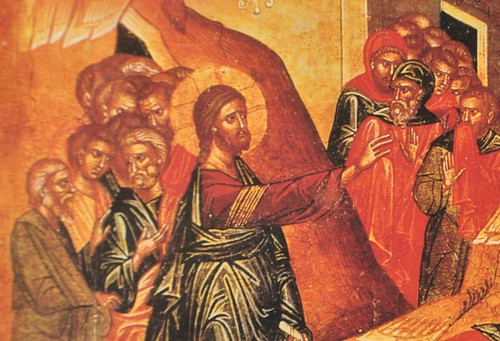 Becoming human is a spiritual pursuit.  It is recognizing the divine image in our selves and in our neighbors and then striving to realize the likeness of God through actively loving God and neighbor in our daily lives.  The image of God in us is not limited to our individual selves but is also found in our collective, relational human nature which all humanity shares.

Next:  God and Humanity (III)