This is the 9th blog in this series which began with the blog Being and Becoming Human. The previous blog is Being Human Before the Fall (II).

In the Roman Empire there was a special office known as the Pontifex Maximus.  While this office underwent several changes in meaning and purpose over the centuries, at the death of Julius Caesar (44BC)  it came to be applied to the Roman Emperor himself and among its connotations was that the Emperor as a god was the main bridge builder between the Empire and the gods  of heaven.   The Emperor was a god, a high priest, and the person who united earth to heaven.

As we have already seen in the previous blogs, Christians on the other hand understood that from the time of Genesis and the creation of the world, God intended to be united to all humans and to have humanity be the bridge between divinity and the rest of creation.  Humans according to the Christian understanding of the ancient Jewish Torah were created to be kings, priests and prophets.  This was not limited to the elite emperors and ruling class but was the destiny of all humans. Humanity however chose not to realize its potential perfection and instead rebelled against any designated role in creation and decided to follow its own path which led to mortality becoming part of the human condition.  Mortality is specifically defined as a separation from the life-giving Creator God.   It is only in the incarnation, life, death and resurrection of the God-man Jesus that humanity is restored to its original purpose.  So Derwas Chitty writes about the goals and aims of those who embraced the monastic life in the early days of the Christian desert fathers:

“Note, too, how we see [St] Antony’s perfection as the return to man’s natural condition.  This is the constant teaching of Eastern Christian ascetics.  Their aim is the recovery of Adam’s condition before the Fall.  That is accepted as man’s true nature, man’s fallen condition being … ‘unnatural’.”  (THE DESERT A CITY,  p 4)

“… the Orthodox consistently make their anthropological formulations about human beings as they existed before the Fall.  To define human beings as they are after the Fall, the Orthodox believe, will have one reproduce the effects of the Fall and make those effects normative”  (Edmund Rybarczyk in ANCIENT AND POSTMODERN CHRISTIANITY: PALEO-ORTHODOXY IN THE 21ST CENTURY  , p 92) 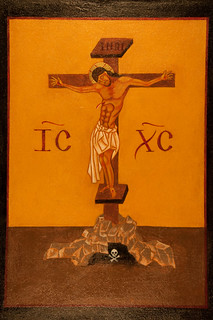 As the Fathers understood Genesis, mortality which is such a part of the Fallen world was not part of what  God originally intended for His human creatures – death is not natural to us but rather marks our unnatural separation from God, the source of life.  We have become unnatural through sin and death.  In the Orthodox writers “natural” when applied to humans means our condition before the Fall, before humans reshaped the nature and direction of humanity through sin and disobedience to God.  In one highly influential 6th Century monastic writing we see that the human’s original purpose and nature remained as the ideal for all Christians as being normative for humanity.

“Do not, Beloved, consider lightly the intellectual quality of the human soul.  The immortal soul is like a precious vessel.  See how great are the heavens and the earth and yet God did not take pleasure in them but only in you.  Consider your dignity and nobility since not on behalf of angels but for you the Lord came to your protection in order to call you back when you were lost, when you were wounded, and he restored to you the first created condition of the pure Adam.  For man was lord over the heavens and things below.  He was the discerner of his passions and was totally alien to the demons.  He was pure of any sin or evil, made in the likeness of God.  But by the transgression he was lost and was wounded.  Satan darkened his mind.  In one thing this is so, yet in another way he still lives and can discern and possesses a will.”  (PSEUDO-MACARIUS, p 164)

Many Orthodox writers have described what the natural human, before the ancestral sin, was like and what entered into us humans as a result of the Fall which distorted our nature.  St. Gregory of Sinai (d. 1346AD) portrays humans as originally being free of passions, especially of anger. 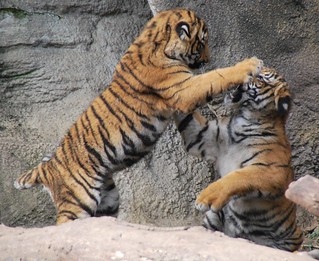 “When God through His life-giving breath created the soul deiform and intellective, He did not implant in it anger and desire that are animal-like.  But He did endow it with a power of longing and aspiration, as well as with a courage responsive to divine love.  Similarly when God formed the body He did not originally implant in it instinctual anger and desire.  It was only afterwards, through the fall, that it was invested with these characteristics that have rendered it mortal, corruptible and animal-like.  For the body, even though susceptive of corruption, was created, as theologians will tell us, free from corruption, and that is how it will be resurrected.  In the same way the soul when originally created was dispassionate.  But soul and body have both been defiled, commingled as they are through the natural law of mutual interpenetration and exchange.  The soul has acquired the qualities of the passions or, rather, of the demons; and the body, passing under the sway of corruption because of its fallen state, has become akin to instinct-driven animals.  The powers of body and soul have merged together and have produced a single animal, driven impulsively and mindlessly by anger and desire.  That is how man has sunk to the level of animals, as Scriptures testifies, and has become like them in every respect (cf Psalm 49:20).”   (THE PHILOKALIA Vol 4, p 228)

Other Orthodox writers have pointed out that the alienation between the genders is also a result of the Fall.  Men and women were created simultaneously and as one in Genesis 1:27-28:

So God created man in his own image, in the image of God he created him; male and female he created them. And God blessed them, and God said to them, “Be fruitful and multiply, and fill the earth and subdue it; and have dominion over the fish of the sea and over the birds of the air and over every living thing that moves upon the earth.”

Humans were not created asexually, but were gendered and were commanded before the Fall to be fruitful and to multiply, which by nature for humans would mean sexual reproduction between two equal beings, one male and one female. The fact that there are two genders is not a sign that one gender is to rule the other (several Fathers note such inequality and tension occurs only after the Fall).  Male and female were both created to particpate in the divine life. 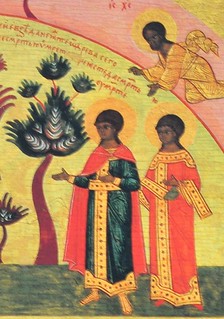 “As Panayiotis Nellas declared: ‘Man is understood ontologically by the Fathers only as a theological being.  His ontology is iconic.’  It is for this reason that none of the early church fathers believed that men and women have different souls; in fact, most explicitly  rejected the idea that sexual differentiation exists on any level beyond the physical body.  . . . In fact, the idea that there is a particular ‘charisma’ or ‘gift’ of maleness/masculinity or femaleness/femininity—what is called ‘essentializing’ because it claims there is an irreducible male or female essence—comes from modern Orthodoxy theologians; it does not exist in the patristic tradition.   Elisabeth Behr-Sigel critiqued this modern tendency of both Western and Eastern theologians, reflecting that ‘to make this biological differentiation and then to transpose it into the spiritual domain, is this not to ignore the dignity of Anthropos, that which distinguishes humanity from the animals among whom, according to the biblical account, Adam did not find one with whom to communicate what he needed., another like him?’”   (Valerie Karras, “Orthodox Theologies of Women and Ordained Ministry”, THINKING THROUGH FAITH, pp 149-150)

There is in humanity an innate common nature of all humans, male or female.  We are related to one another, and reunited to one another in Christ.  In Christ those divisions, the alienation and separation which occurred between men and women, or between nations and tribes making enemies one of another is overcome for all who live according to the Gospel command to love one another.

“Consider that all men, be they Jews, unbelievers or murderers, are equal in goodness and honor, and that each one, by nature, is your brother, though he may have unwittingly strayed far from the truth. (St Isaac the Syrian)”  (Michael Quenot, THE RESURRECTION AND THE ICON,  p 220)

The astounding truth is salvation does not consist in taking us out of this world or of escaping our bodies, but rather lies is us becoming more human – fully human as God intended for us from the beginning and realized in the fully human incarnate God, Jesus Christ.

“… the world is called to be humanized entirely, that is, to bear the entire stamp of the human, to become pan-human, making real through that stamp a need which is implicit in the world’s own meaning: to become, in its entirety, a humanized cosmos, in a way that the human being is not called to become, nor can ever fully become, even at the farthest limit of his attachment to the world where he is completely identified with it, a “cosmicized” man. The destiny of the cosmos is found in man, not man’s destiny in the cosmos.”   (Dumitru Staniloae,  Toward an Ecology of Transfiguration: Orthodox Christian Perspectives on Environment, Nature, and Creation, Kindle  Loc. 1432-35)

As Fr. Alexander Schmemann joyfully and wonderfully describes it, the human call is not mostly to follow religious rules and rituals but to realize the Kingdom of God.  Christ did not come to institutionalize new rituals and regulations but to enable us to become free human beings in the image and likeness of God.

“Man is called not to the implementation of rules but to the miracle of life.  Family is a miracle.  Creative work is a miracle.  The kingdom of God is a miracle.”   (THE JOURNALS OF FATHER ALEXANDER SCHMEMANN,  p 272) 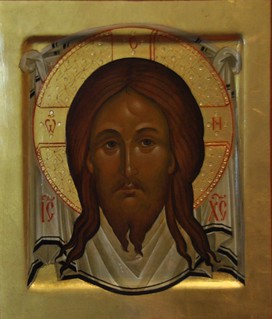 And so we come back to a truth we’ve already encountered from the earliest days of the Church’s existence as stated by St Irenaeus of Lyons (d. 202AD):

God’s glory is the humans the Holy Trinity created:  “Let us make man in our image, after our likeness…”  (Genesis 1:26)

Next:  The Fall: Inhuman and Dehumanized, The Loss of Humanity