This is the 10th blog in this series which began with the blog Being and Becoming Human. The previous blog is Being Human Before the Fall (III).

As we have seen the Church Fathers saw in Genesis 1-2 that the Holy Trinity had created a highly exalted being when bringing humans into existence.  Humans shared in the divine life, were creatures belonging both to heaven and earth, to the visible and invisible worlds, to the spiritual and physical realities.  Humans breathed the Holy Spirit and were created in God’s image and likeness.  God intended to dwell in and with the humans He created, and to unite them to divinity, deifying a creature.  In humanity God intended to take that which is by nature “not-God” and to make it God.  In Christ, this is realized as God becomes human so that humans can become God.  But we humans did not hold on to the highly exalted position for which God created us.  For we sinned, failing to attain our potential and in grasping to become God by rebelling against God’s lordship, the humans not only did not attain divinity but lost even their humanity and their human role in creation.

“… but your iniquities have made a separation between you and your God, and your sins have hidden his face from you so that he does not hear.”  (Isaiah 59:2)

Humans created with the potential of living the divine life became instead mortal beings.   God had favored us making us His glory, and yet we chose to fall away from Him.

“To say God is light and that man is made in the image of God means that, from the time of conception, every human being possesses a divine potential, one ready to be developed and to grow until he reaches the full stature of a ‘child of God’ (Jn 1:12).  . . . The fall of man consisted in seeking after his own image rather than that of God.  This narcissistic and egocentric tendency is what turns man into a ‘diabolical’ being, meaning separated from others and no longer a person in communion, modeled after the Holy Trinity.  Conversely, a ‘stavrophoric’ person (‘who bears the cross’) becomes ‘pneumatophoric’ (bearer of the Holy Spirit).”  (Michael Quenot, THE RESURRECTION AND THE ICON,  p 220)

As the Psalmist laments:

LORD, what is man, that You take knowledge of him?

Or the son of man, that You are mindful of him?

God showers His glory, love and grace upon humanity, but we humans despised God’s goodness and decided to pursue our own ends.  We separated ourselves from God, and separation from God is by definition death, a loss of permanency.

“Where there is no God there is no humanity either.  The loss of the image of God entails the disappearance of man’s image, it dehumanizes the world, and multiplies the ‘possessed.’  The absence of God is replaced by the burdensome presence of obsession with oneself, self-worship. . . . In the bold words of St. Gregory of Nyssa, the one whoever is not moved by the Holy Spirit is not a human being.”    (Paul Evdokimov,  AGES OF THE SPIRITUAL LIFE, p 91)

We lost our humanity, becoming less than human, inhuman and often inhumane.  So we encounter this description of the full effect of the Fall in St. Paul:

“… Paul’s underlying theology of what human beings are in the divine intention and purpose; the tragedy of Adam is not just that he introduced sin and hence death in the world, but that humans were made to be the creator’s wise agents over creation, and if they worship and serve the creature rather than the creator this purpose goes unfulfilled.”  (NT Wright,  THE RESURRECTION OF THE SON OF GOD, p 249)

And yet, the Church Fathers didn’t believe that all was lost.  God continued to love even His fallen creatures – the rebels who rejected Him.  The mystery of His love (for God is love!) was revealed in the incarnation of God in Jesus Christ.  God’s mercy is always trying to save, to redeem, renew and restore humanity.

“In the thinking of the church fathers, the reality of sin does not eradicate the image that lies hidden beneath the filth that obscures it.  Hence when speaking about sin, the preferred metaphors that had to do with defacing or damaging or tarnishing the image: scraping off what was impressed on a coin, disfiguring the beauty of the image, making it ineffective, becoming diseased.  After the fall certain aspects of the image remained, for example, reason and freedom, though reason was darkened by sin and human freedom was captive to the passions.  The image is ‘always there,’ says Augustine, ‘even if it is worn away almost to nothing.’”  (Robert Wilken, THE SPIRIT OF EARLY CHRISTIAN THOUGHT, p 157)

We read the Genesis account of the Fall (Genesis 3) not to learn about ancient peoples and historical events, but rather to learn about ourselves.  We see ourselves in the narrative of Adam and Eve.  We are not just learning about them, we are more importantly learning about us, ourselves, our potential and our failures. 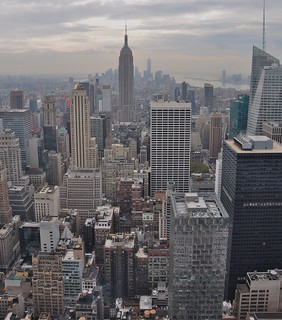 “Who am I?  What does it mean that I am human?  Everybody asks these searching questions, but what is the Orthodox Church’s answer?  Orthodox reflection on what it is to be human begins with Genesis 1:26, ‘Then God said, “Let us make man in our image, after out likeness.”’  . . . People today wonder what the historical value of these stories is given that science tells us another narrative about human origins.  Yet when Orthodox theologians have read Genesis 1-3 they have looked for answers to questions about humanity here and now, not about our ancient ancestors.  These biblical stories tell us who we are in relationship to God and the natural world around us.  By depicting Paradise they tell us what our life is supposed to have been like and what we can hope to become; by depicting the Fall they tell us where we went wrong and what our life has in fact become.  Adam represents every human person.”  (M. Cunningham and E. Theokritoff, CAMBRIDGE CAMPANION TO ORTHODOX CHRISTIAN THEOLOGY, p 78) 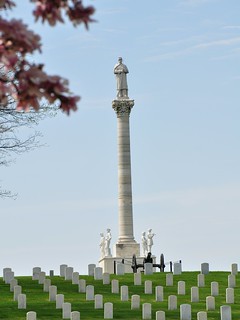 We read Genesis 3 to learn about who we are today.  Genesis 3 is our story and tells us about who we are.  Genesis answer the questions about who we are today, about what it means today to be human, and about how we can become more fully human.  Genesis 3 when so read answers the question, “Why didn’t God make a better more perfect world – one without suffering, sickness and death?”    Genesis tells us God did make a better world, a Paradise of Delight, but it is human behavior which got us to where we are.   We are not the natural creatures God first made – and the issue runs deeper than merely our behavior and thinking.  The Fall of humanity has affected human nature and who we are.  The solution – the salvation of the human race – involves healing and perfecting humanity itself.

“Jesus seems to agree with both because the pedagogical task is more basic than what one thinks or does but has to do with who one is.  Who am I becoming?  Whose subject am I?  Who am I becoming like?”  (Charles Melchert, WISE TEACHING, p 234)

Next:   In the Image and Likeness of God