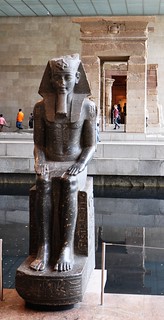 What agreement has the temple of God with idols? For you are the temple of the living God. As God has said: “I will dwell in them and walk among them. I will be their God, and they shall be My people.” Therefore “Come out from among them and be separate,” says the Lord. “Do not touch what is unclean, and I will receive you. I will be a Father to you, and you shall be My sons and daughters, says the LORD Almighty.” Therefore, having these promises, beloved, let us cleanse ourselves from all filthiness of the flesh and spirit, perfecting holiness in the fear of God.

Dr. Adolfo Roitman of the Israel Museum in Jerusalem, taking note of the ancient Jewish Qumran community and the Dead Sea Scrolls, describes how the Christians were not the first to lay claim to being God’s temple.   The Qumran Jews who had abandoned the temple in Jerusalem and taken exile in the desert believed God’s temple is essential to worshipping God.  They however rejected the idea that the temple was a building of stone, but rather believed God formed His chosen people into a true temple. St. Paul claims it is the Christians as God’s people who are the living temple of God.   Roitman writes:

“[…] One realizes that the withdrawal to the Dead Sea area was an indispensable feature of their plan to emulate the Israelites in the wilderness, a step towards renewal of the covenant with God and the fulfillment of the divine will: ‘You shall be My treasured possession among all the peoples…you shall be to Me a kingdom of priests and a holy nation’ (Exod. 19:5-6). In order to achieve this sublime end, the secessionists established a community which set itself the goal of becoming a ‘spiritual temple.’ Thus we read in the Community Rule.[…] 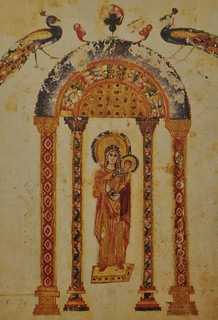 In other words, the Qumranites were the first Jews to develop the doctrine that they were a ‘temple of men’, a human substitute for the Temple in Jerusalem, the ‘living stones’ replacing the building blocks of the material temple. The expression ‘living stones’ is taken from the First Letter of Peter (2:5). For the concept of the early Christian community as a ‘spiritual temple’ see 1 Cor. 3:16-17, 6:19; 2 Cor. 6:16.[…] In sum, these zealous secessionists wished to live their lives as a sort of virtual Temple, a substitute for the priestly service in the Temple in Jerusalem. In so doing they likened themselves to angels and saints in heaven, believing that their lofty spirituality enabled them to take part in the heavenly song of the angels and minister together with the angels in the ‘chariot’ (merkavah) or ‘temple’ (hekhal) on high.” (Envisioning the Temple, pp 91, 93)