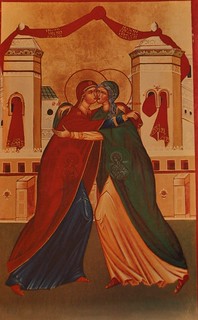 This is the 23rd blog in this series which began with the blog Being and Becoming Human. The previous blog is Humans as Relational and Communal Beings (I).  In this blog we continue to examine the theological comments of various authors looking at the human as a being always in relationship with others.   God is love, and humans in the image of God are to love others.  The opposite of this love is self-love.  Love is always oriented toward another whereas self-love is focused on one’s self.  We are fully human when we love others.   In this sense, to be Christian is to be truly human.  Biblical Scholar James Dunn, commenting on the epistles of St. Paul, emphasizes:

“… Paul’s anthropology is not a form of individualism; persons are social beings, defined as persons by their relations.  In Pauline perspective, human beings are as they are by virtue of their relationship to God and his world.  His gospel is of God in Christ reconciling the world to himself.  His doctrine of salvation is of man and woman being restored to the image of God in the body of Christ.”  (THE THEOLOGY OF PAUL THE APOSTLE,  p 53)

“The self becomes what it truly is only in relationship; this teaching is at the heart of Orthodox Trinitarian theology.”  (ORTHODOXY FOR THE NON-ORTHODOX, p 77) 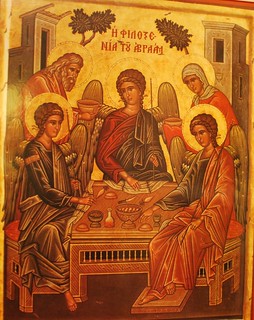 “Contemporary Orthodox theologians describe personhood as ‘Being in communion.’  . . . We are persons, truly personal beings, insofar as we reflect the personal qualities of Father, Son, and Spirit that unite them in an eternal communion of being and action.  These include first of all the quality of agape, or disinterested, self-sacrificing love.  Therefore, personhood—what makes us ‘beings in communion’ rather than mere individuals—is a quality bestowed on us by God.  God, and not social convention or our genetic legacy, determines our personhood. . . . The very fact that God bestows on us the quality of ‘person’ means that our lives are endowed with transcendent meaning and a destiny that lies beyond the limits of earthly existence.  The end and fulfillment of human life—life’s basic purpose—is to grow from earthly life, through physical death, into eternal life in the kingdom of God.  It is to pass beyond the limits of biological existence and to participate in the eternal life of the Holy Trinity.”    (STAGES ON LIFE’S WAY, p 25)

Metropolitan Kallistos Ware sums up this theology of humankind this way:

“My human being is also a relational being,

And without the concept of communion it is not possible to speak of humanness.

My personhood is fulfilled in relationship and in community.

I am truly personal, truly human, only so far as I show love to others

And live out my life in terms of ‘I-and-Thou’.

My salvation, then, as a human person in God’s image, can be attained

Only in union with other persons,

Only through mutuality and interpersonal encounter.

Precisely because God is Trinity,

My salvation is inextricably bound up with the salvation of my neighbor.”   (HOW ARE WE SAVED?, p 70)

Salvation is thus not something that happens to a person alone, but always in relationship not only to all others who are being saved, but in relationship to all humanity and all creation.  We are not being saved from other humans but our salvation means the restoration of creation to its God-given natural state.  Christ’s commandment to us is that we love one another and that we love as He loves us.  The implication of humans living in love is taught by Christ. 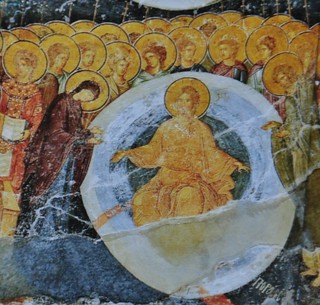 “… as is shown by the judgment scene in the twenty-fifth chapter of St. Matthew.  For them, the earth and all its riches belong only to God, while human beings receive no more than the benefit of their use, provided that they accept a fair distribution of resources so as to banish hunger and misery.”  (Olivier Clement, THE ROOTS OF CHRISTIAN MYSTICISM, p 294)

All of the created order belongs to God, and is given to us by God in love so that we be wise stewards of what is given to us and use all that is given to us for the good of others.   This is the nature of Christian love.  Unfortunately as New Testament scholar Joel Green points out in the modern world…

“… personal identity has come to be shaped by such assumptions … as these: human dignity lies in self-sufficiency and self-determination; identity is grasped in self-referential terms:  I am who I am; persons have an inner self, which is the authentic self; and basic to authentic personhood are self-autonomy and self-legislation.  To name the Bible as Christian Scripture is already to undercut this portrait, for this requires us both to recognize an authority outside of ourselves  …”    (SEIZED BY TRUTH, p 95)

We have allowed individualism to become alienation, separation and even opposition to all other humans.  Christ came to heal and unite all humanity in God, not to divide us into billions of unrelated individuals.    Green’s argument above is that to recognize some authority in the universe other than one’s self is to challenge the modern worldview that each person is not only the center of the universe but actually determines the universe in some way since the self is the greatest power in the universe.

“In our fallen condition, we are ‘bound to the self’: selfishness is not a choice, but an inescapable state.  But when this revolution I am seeking to describe takes hold, then we realize that we and other people are all one human race: all ‘the Body of Christ’, in Christian language, or in existential language, all in the same boat together.  Or as Shamanism puts this fundamental truth of the human heart, we all ‘share a common fate.’  What befalls you also befalls me, and vice versa.  There can be no winners and losers, no saved and damned; all arrive, or none do.  ‘I’ cannot survive, and prosper, if ‘you’ perish.  John Donne said of this, ‘Do not ask for whom the bell tolls, it tolls for thee.’”  (Stephen Muse, RAISING LAZARUS, p 181-182)

Christianity upholds the inestimable value of each human person, but also recognizes that none of us are the creators of the world, but are rather born into the world of the Creator.  We all share the same world plus a common human history and a common human nature.   Christ unites all humanity to Himself and teaches us to love one another, including even those we consider enemies.  Love calls us to value the other, whoever they may be. 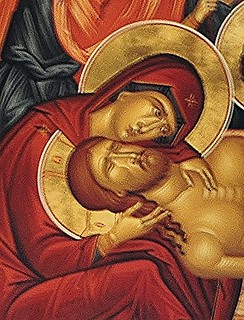 “Faced with the suffering of the other, the first basic point is recalling that the human being is, by nature,  by virtue of vocation, a ‘being of communion,’ a sharing being and –when faced with what the world has become and what the human being has undergone—a being of compassion.   Etymologically, compatir (to commiserate) means ‘to suffer with,’ that is, to share the suffering of the other, to take it upon oneself.

The second basic point is realizing that sin, fear, and all their consequences—hatred, violence, egoism, egocentrism, and all their visible or subtle forms—make us strangers three times: to others, to ourselves, and to God.  We cannot open ourselves to God without opening ourselves to those nearby.  We cannot let the suffering and the needs of others enter into us without  seeking strength and love in God Himself.”   (Boris Bobrinskoy,  THE COMPASSION OF THE FATHER, p 86)

Bobrinskoy’s point echoes what St. John wrote in his Epistle:

and hates his brother, he is a liar;

for he who does not love his brother whom he has seen,

cannot love God whom he has not seen.

Next:  Humans as Relational and Communal Beings (III)