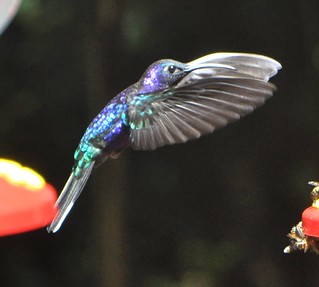 This is the 25th blog in this series which began with the blog Being and Becoming Human. The previous blog is Humans as Relational and Communal Beings (III).   While the Church Fathers recognized that humans were an animal, they believed humans were different from all other animals.   They pointed to the fact that in Genesis 1 humans alone of all creatures are created in the image and likeness of God.  Among the various human characteristics they understood to be related to “the image” was the idea that humans are a rational animal.  We are not just controlled by instinct but have a free will and can make intentional choices.  The idea of humans being rational animals also very particularly relates humans to the Word of God (in Greek there is an etymological relationship between “Word” and “rational”).   As rational beings humans have a capacity to love, repent and forgive.  Humans have a conscience, free will and consciousness, all which enable humans to be moral beings.  In this blog and the next we will consider some thoughts about what it means for humans to be a rational animal with a conscience.   In a monastic writing, probably from the 6th Century, we read: 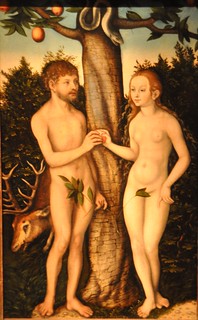 “The very first man, seeing himself naked, was filled with shame.  So great a disgrace accompanies nakedness.  If, therefore, in physical matters nakedness carries with itself so great a shame, how much more shame for the person that is naked of divine power, who does not wear nor is clothed with the ineffable and imperishable and spiritual garment, namely, the Lord Jesus Christ himself?  Is he no really covered with a greater shame and the disgrace of evil passions?

Everyone who is naked of that divine glory ought to be as much overcome by shame and ought to be aware of his disgrace as Adam was when he was naked.  He then made for himself a covering of fig leaves.   Nevertheless, he bore shame and acknowledged his poverty.  Let such a person, therefore, beg of Christ, who gives and adorns with glory in ineffable light.  Let him not sew for himself a garment of vain thoughts deceiving himself with the impression of his own righteousness or thinking himself in possession of the garment of salvation.”  (PSEUDO-MACARIUS, p 150)

Humans are capable of feeling shame, of regretting their behavior and recognizing ways in which they fall short of the glory of God.  In the above writing, we see that the gift of rationality brings with it a recognition of right and wrong, as well as feelings of regret.  Our self-awareness means we can recognize when we have done something wrong, can feel the effects of such sin, and can be moved by sorrow to repentance.  Rationality, conscience and free will also carry with them great responsibility, since God can hold us accountable for what we do.  We recognize not only wrong behavior but even the passion which motivates us to sin.

“[St] Maximus [the Confessor] did not counsel, as had the Stoics, that the passion be eradicated.  Rather, Maximus speaks of transforming the passions to put them at the service of love.  . . . Maximus begins … with the question of whether the passions are evil in themselves or whether they become evil through their use.  His answer is that without the affections it is not possible to hold fast to virtue and knowledge, that is, to cling to God.”   .”   (Robert Wilken,  REMEMBERING THE CHRISTIAN PAST,  p 146)

Passions are not inherently evil.  Rather they can motivate us towards the good and help us recognize sin and bring us to repentance.

“Those who do not know how to walk in the way of the Spirit are likely to fail to keep a watchful eye on the passions that rage within them, and let themselves be entirely taken up with the body.  They then reach one of two opposite states.  Either they become gluttonous, profligate, miserable, choleric, full of rancor, and this quenches their spirit, or they overdo the mortification and lose their clarity of thought. 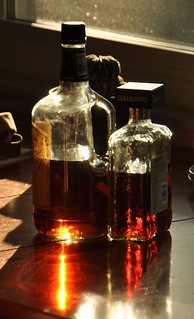 Not one of the things God has put at our disposal is forbidden in Scripture.  The Bible limits itself to reproving excess and correcting what is unreasonable.

For example, there is no need to avoid eating, having children, possessing wealth and administering it with justice; only avoid, gluttony, luxury and so forth.

There is a further point.  There is no need to avoid dwelling on these matters in your thoughts, they exist because we have thought of them in the first place, avoid only dwelling on them with immoderate eagerness. (Maximus the Confessor)”  (DRINKING FROM THE HIDDEN FOUNTAIN, p   76)

Excess of any kind, too much or too little of most anything in our lives, is unreasonable and irrationality causes us to become something less than human since we lose our likeness to the Word in whose image we are created.  The spiritual life for Christians is thus learning to be human, to learn the self-control of taking up the cross.  This ability to deny the self enables us to live differently than all other animals.   We are not hopelessly driven by our passions, but can control and utilize them to serve God and to love our neighbors.

“The Desert Fathers and Mothers recognized that it takes a long time to become a human being.  It takes an infinitely patient waiting to put together all the variegated parts of the human heart.   Moreover, in the unnoticeable changes toward ever-growing perfection, it is the things that we love that reveal to us who we are.  It is the things to which we are most attached that show us where our priorities lie.  It is our very imperfections—what they like to call passions, and what we invariably call our wounds—that lead us to the way of perfection.”  (John Chryssavgis, IN THE HEART OF THE DESERT, p 59)

We struggle to live as rational animals in the world of the Fall.  The effects of sin are obvious.

“Man in his present state, is wholly permeated with pride, wickedness, unbelief, doubt, incredulity, disobedience, heedlessness, malice, fornication, envy, covetousness, avarice, slothfulness, sometimes cowardice, despondency, theft, falsehood, and blasphemy.  What a great labor lies before every Christian man to cleanse himself from all the impurity and corruption of the passions!”  (St. John of Kronstadt, MY LIFE IN CHRIST Part 1, p 297)

Despite the fallen nature of the world, we are capable of using the gifts God has bestowed upon to live according to God’s will and to love God and neighbor.

“How must we look upon the gifts of intellect, feeling and freedom?  With the intellect we must learn to know God in the works  of His creation, revelation, providence, and in the destinies of men; with the heart we must feel God’s love, His most heavenly peace, the sweetness of His love, we must love our neighbor, sympathize with him in joy and in sorrow, in health and in sickness, in poverty and in wealth, in distinction and in low estate (humiliation); we must use freedom,  as a means, as an instrument for doing as much as possible, and for perfection ourselves in every virtue, so as to render unto God fruits a hundredfold.”  (St. John of Kronstadt, MY LIFE IN CHRIST Part 1, p 248)

Our path in life is to recognize what it is to be human, to be creatures capable of choosing God’s will and of acting according to the image of God in us.

“There is, my brethren, a true, real life, and there is a false, imaginary life.  To live in order to eat, drink, dress, walk, to enrich ourselves in general, to live for earthy pleasures or cares, as well as to spend time in intriguing and underhand dealings, to think ourselves competent judges of everything and everybody is – the imaginary life; whilst to live in order to please God and serve our neighbors, to pray for the salvation of their souls and to help them in the work of their salvation in every way, is to b lead the true life.  The first life is continual spiritual death, the second—the uninterrupted life of the spirit.”  (St. John of Kronstadt, MY LIFE IN CHRIST Part 2, p 20)

Next:   The Human: A Being with Conscience (II)