I cannot in good conscience say I enjoyed reading Martin Amis’s The Zone of Interest: A novel.   Yet, it is one of the best novels I’ve read.  It is the subject of the novel which is so horrifying that it would be unconscionable to use the word “enjoy” with it.  The book looks particularly into the souls of a few (dare we call them?) humans at a Nazi concentration camp.  While the death camp and Fascist Germany are the context in which we find the characters, the book looks beyond the setting into the souls, hearts and minds of people.

There is even within the novel a ‘legendary’ description of what it does: 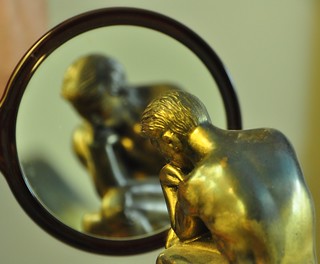 The book looks deeply into the souls of its main characters.  And indeed it is very disturbing to steadfastly look into our own souls.   That is why confession is often so difficult for those who seriously look into themselves –  they don’t like what they see.   Amis has us  looking at how these characters rationalize their lives, deeds and world in the “zone of interest”, the concentration camp with all of its horrors.

“’Either you go mad in the first ten minutes,’ it is often said, ‘or you get used to it.’ You could argue that those who get used to it do in fact go mad. And there is another possible outcome: you don’t go mad and you don’t get used to it.”  (Szmul the Sonderkommandofurher,  a Jewish guard/collaborator and a main character, Kindle Loc. 1276-78)

Szmul sees his role as one of mercy to the victims – kill them as quickly as possible to spare them the hell of the camp.  They are going to be murdered eventually, so why cruelly prolong the torture?  Liberate them from hell.  Death in the concentration camp is not the path to hell, but the way out of hell.

The book is full of gallows humor, and yet is never funny because it is so true to the world of fallen humanity.

“I find it highly suggestive that our word for ideal obedience —Kadavergehorsam — has a corpse in it (which is doubly curious, because cadavers are the most refractory things on earth). “  (Kindle Loc. 3527-28)

Blind obedience is the genocide of humanity.  And we see in the novel how the men who live in the camp are dead souls.

“And who would have guessed how foundationally necessary it is, in human dealings, to see the eyes? Yes. But the eyes are the windows to the soul, and when the soul is gone the eyes too are untenanted.”   (Kindle Loc. 1332-33)

The Camp Commandant, another of the main characters, discusses with fellow officers the headaches of his office: how to be rid of all the bodies which are piling up faster then he can afford to dispose of them.  He holds these conversations while sitting at the well laden dinner table, sumptuously feasting on a meal meticulously described by Amis.   Yet there is no apparent cognitive dissonance in the chief officer.  Dinner talk is the starvation of the ‘haflings’ in his camp, who he believes know they deserve their fate.  It is all in a day’s work and for the noble cause of a better Europe.   Though the humor escapes the Commandant, he contrasts civilized France which reasonably and even heroically bowed to superior German might with the lowbrow, subhuman Russians who don’t have the intelligence or decency to recognize German superiority.

“It’s not like France or the Low Countries, Sturmbannfuhrer. Civilised nations. They had the gumption and the decency to bow to superior might. But the Russians are Tartars and Mongols. They just fight till they’re dead.” Prufer scratched his hair. “They rise up from the sewers at night with daggers between their teeth.” “Asiatics. Animals.  Whilst we’re still lumbered with the Christian mentality.”    (Kindle Loc. 3002-6)

It is “the Christian mentality” which is, according to the Nazi mind, what is inhibiting Germany from attaining an all-out victory over all of those haflings and subhumans which pollute the world. 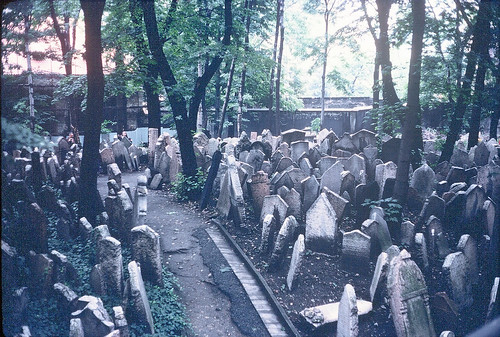 “In any case, as we’ve always made clear, the Christian system of right and wrong, of good and bad, is one we categorically reject. Such values—relics of medieval barbarism—no longer apply. There are only positive outcomes and negative outcomes.”  (Kindle Loc. 3532-34)

Humanity freed from the constraints of God and Christianity no longer know any moral limits.  Soulless humanity can be seen in those characters most enmeshed with fascist ideology.  We encounter in this book those who became godless by choice and those who were made atheist of necessity.  The book is incredibly, yet so painfully, insightful.  It also is not without hope for humanity which shows an ability to survive mortality and hell itself.  The inhuman and those who dehumanize sow the seeds of their own destruction. 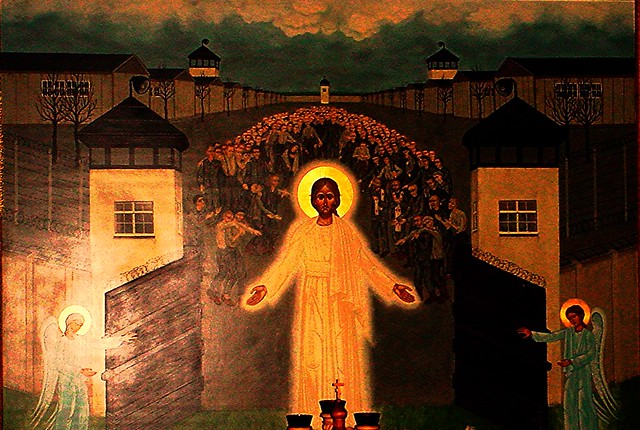