This is the 2nd blog in this series which began with Byzantine Orthodoxy, Hellenism and Science.    In this series we are looking at the relationship between “science” and Eastern Christianity through history as presented by Efthymios Nicolaidis and Susan Emanuel in their book Science and Eastern Orthodoxy: From the Greek Fathers to the Age of Globalization .  In this blog we will look at the evolving thinking about “science” in the Byzantine Empire.

In the 4th Century, many of the Patristic writers were trained in the “science’ of their day (trained in philosophy and very familiar with traditional ideas of nature and science) and they actively engaged in the cultural debates about scientific knowledge.  This situation would change over time in Byzantium.

“The reversal of this favorable situation for the sciences began during the reign of Emperor Justinian, from 527 to 565.  Justinian and his wife, Theodora, were of humble origin and surrounded themselves with men of the same class; they displayed little interest in secular knowledge and quarreled with the aristocrats who did. Unlike Constantius, Justinian was not an intellectual, and he had not pursued studies during his youth as was common among the sons of the aristocracy. Wanting to reform the empire, he promulgated the famous Codex Justinianus in 529, which stipulated that “those who do not follow the catholic and apostolic church and the orthodox faith,” meaning heretics, Jews, and pagans, were not authorized to become civil servants of the state. Consequently, they could no longer, under cover of any form of teaching whatsoever, induce good souls into error.”  (Kindle Loc. 1169-75)

The Christianization of the Empire brought with it a reaction against ideas that didn’t originate in Christian sources.  Concerns for the Kingdom of God resulted in a loss of interest in ideas which were focused on this world.

“But … for the school of Athens: testimony speaks of the interdiction in 529 of the very teaching of philosophy.  More generally, it appears that Justinian decided not to pay the salaries of science teachers, who had been formerly paid by the state to teach in the towns of the empire. Although the probable reason for this refusal to pay them was that Justinian needed revenue to finance his prestigious construction projects, such as the Church of Saint Sophia, the result was disastrous for the sciences. Without the prestige of education financed by the state, they were quickly dismissed by the dominant Christian ideology as useless pagan knowledge and abandoned in favor of endless theological discussions …”  (Kindle Loc. 1179-84)

The dominant thinkers in the Byzantine Empire were Christians and were concerned more with things of the spirit than with the created world.  They believed a new world order had emerged – a Christian one which brought them closer to heaven, which was their all-consuming ideal.  The Christian mindset came to be  that the “natural sciences” were the prerogative of philosophers and not specifically Christian, so they were not of primary interest.  The Christians were becoming less interested in God’s world and more focused on God’s kingdom.

“Maximus [the Confessor] (d. 662AD) did not believe that the knowledge acquired by experience was valid, since our senses deceive us. Sensations, said this prolific author, were part of the irrational, and therefore they belonged to the animal part of the soul. It is intelligence that enables people to perceive reality.  Maximus distinguished between soul (ψυξή) and intellect (νους). Animals, like humans, have a soul, but only humans possess intellect. But sensations are a part of the soul that is inferior to intellect, and it is with the latter that we approach God and, hence, true knowledge. Maximus, although inspired by Gregory of Nyssa, was above all an ascetic and a mystic; he especially sought union with God. Profane knowledge, although not rejected implicitly, was of little interest to him.”  (Kindle Loc. 1237-43)

The prominence of mystical thinking in Orthodoxy nudged the Church toward a more dualistic idea of the cosmos with the “spiritual” holding so much more significance than the physical.  Thus interest in the physical sciences waned.  However, behind the most theologically oriented debates, the issue of the relationship between the physical and spiritual was always there.  Christianity was, after all, based in the incarnation of God:  God became flesh in Jesus Christ.  Thus the iconoclastic debates were embroiled in disagreements on scientific knowledge.

“When a whole society debates a theological issue so passionately, it is likely to disregard secular knowledge. And the sciences, less useful to the march of the empire than the law, for example, were the first to be neglected. The iconoclasts, basing themselves on a tradition that claimed to be Oriental and placed the divine above everything else, including matter, simply ignored science. Scientific expertise did not interest them because it was a material kind of knowledge that ought to be disdained in favor of true knowledge of the divine. The iconodules, in contrast, identified more closely with Helleno-Latin culture; they could not imagine the divine without material representation of it. For them, the material world created by God was too important to be overlooked. It deserved exploration. The rise to power of iconoclast emperors severely undermined science education. 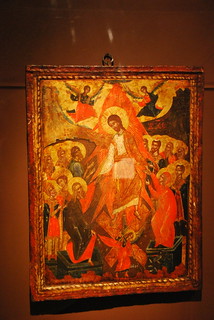 According to two chronicles of the ninth century, the first iconoclast emperor, Leo III (r. 714–41), gave the order not only to close the imperial university but also to burn it down—building, library, and professors. Although Byzantinists regard this story an iconodule legend, it nevertheless reveals how the iconoclasts were viewed by their enemies. The ascent to the throne of the iconoclast emperors accelerated the slide of science into decadence that had begun under the reign of Justinian. Ironically, the debate over icons, which initially led Byzantine society to downgrade forms of knowledge such as science, after a few decades incited the warring theologians, especially the iconodules, to turn to secular learning to draw arguments against their adversaries. They began studying Aristotelian logic anew, prompting an intellectual revival in the ninth century called Byzantine humanism.”  (Kindle Loc. 1263-75)

So theological debates within the Byzantine Empire returned to what is central to Christianity:  Jesus is both God and human; the physical and spiritual worlds are not separable.  Christians are  theological materialists.  Yet, the debaters, rarely trained in ‘science’ in this part of Byzantine history, pushed the debates away from scientific concerns. 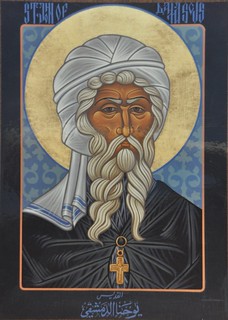 “The rarity of intellectuals such as John of Damascus (749AD), one of the few who showed an interest in science during the iconoclast period, supports the claim that scientific expertise in this era had sunk to its lowest level since the advent of Christianity. The lack of interest in theoretical science was compounded by practical ignorance. A mediocre scientist, John asserted himself not only in the theological domain but also in politics. In De fide orthodoxa, to justify the submission of people to secular power, he used the allegory of the stars: the moon has a light borrowed from the sun because God wanted to show that there is a hierarchy in the world, that there exist a lord and his subjects. Therefore, one must submit to God but also to those who have power on earth by his grace, and one should not ask questions about where this power comes from, but accept it, thanking God.”  (Kindle Loc. 1329-35)

Nicolaidis and Emanuel point out that few Byzantine intellectuals knew much about “science”.   The “science’ of the general population was moralizing tales, miracles and the lives of the saints.  What knowledge of science they had was founded in “in the school of Antioch’s philosophy of nature from the fourth to the sixth century, and popular conceptions of the world would not change very much in the course of centuries to come. ”  (Kindle Loc. 1453)

“Both culturally and religiously, Byzantines were very attached to tradition. Change and innovation were not to their taste, and this was visible in science. Since the end of antiquity, neither the education curriculum nor physical theories had budged. Byzantine scholars were even reluctant to accept Islamic astronomy, despite the fact that it was itself founded on ancient Greek astronomy. Science for the Byzantines meant Greek science alone. ”  (Kindle Loc. 1815-18)

The Byzantine mind became increasingly fixated on Hellenistic philosophy from the ancient past and became increasing rigid in their thinking, often viewing rejecting any science or mathematics not rooted in a Greek past.  There were a few exceptions to the trend, so they really stand out in history, but they are exceptions to what was generally happening in Byzantium.  For example at the very beginning of the 11th Century, Pachymeres, a churchman

“declared that science protects humankind from folly and that it allows us to approach God and obtain knowledge of the eternal. Referring to the claim of Plato’s Republic that philosophy serves government, he enumerated the applications of the sciences of the quadrivium to military affairs, architecture, the measurement of the earth, secular and religious festivals, agriculture, and navigation. ”  (Kindle Loc. 2023-27)

The Byzantines resisted the introduction of Arabic numerals, and though they knew of them since the 9th Century, only in the 14th Century do they begin to use them.   According to the book, Byzantine scholars rejected the idea of observational verification of theories, continuing to rely on the ancient claims of the Hellenistic philosophers such as Aristotle.  Few Byzantine scholars

“were interested in the “practical” side of science, namely, experiments and observation. This bias explains why, unlike contemporary Arabs, they left almost no scientific instruments or accounts of observations of the celestial phenomena that they themselves had predicted. In effect, the only Byzantine instruments that have been conserved to our day are an astrolabe of Persian inspiration, constructed in 1062, and fragments of another astrolabe. Although smitten with astronomy, the Byzantines were prejudiced against observation for two reasons. First, they considered themselves the sole and legitimate heirs of Greek science; thus, Ptolemy was their astronomer. Second, the influence of the rational sprit of antiquity, especially Plato’s, reinforced by knowledge of the world derived from sacred texts, gave them the feeling that observation was a servile and illegitimate thing and that using imperfect instruments was inferior to pure reasoning. ”  (Kindle Loc. 2143-52) 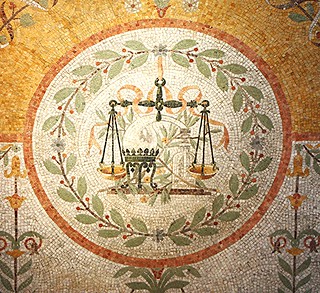 Thus the very characteristics of modern scientific thinking – observation and tests – were anathema to most Byzantine Orthodox.   Astronomy was popular among Byzantine imperial leaders and intellectuals not as science but more as astrology and efforts to predict the future.  Though astrology was condemned by the Orthodox Church Nicolaidis and Emanuel report it remained ever popular even among churchmen.  Since there was no separation of church and state, everyone was concerned about the fate of the empire and trying to read signs that might show in which direction God was trending.  None of this would qualify as “science” by modern standards, but it was the state of Byzantine scientific thinking as the Empire drew near to its end at the hand of the Turks.