This is the 3rd blog in this series which began with Byzantine Orthodoxy, Hellenism and Science.   The previous blog is Byzantine Science (I).   In this series we are looking at the relationship between “science” and Eastern Christianity through history as presented by Efthymios Nicolaidis and Susan Emanuel in their book Science and Eastern Orthodoxy: From the Greek Fathers to the Age of Globalization.

“As we have seen, Byzantine scholars constantly taught, studied, and commentated on Greek science. However, the direct connection between ancient and Byzantine scholarship had been broken during the iconoclast period, which marked the entry of the Byzantine sciences into the Middle Ages. … During the renaissance of scientific education in the ninth century, Byzantine scholars declared themselves to be the heirs of the ancient Greeks. Little by little, the term Hellene, which had had a negative connotation in the texts of the church fathers because it referred to pagan philosophers, became a positive notion for the erudite; henceforth, it referred to the ancient Greek scholars who built the foundation on which Byzantine science rested. Though sometimes contested, this ancient knowledge became a precious source of national pride. Thus, Byzantines continued the ancient tradition of differentiating between Greeks and barbarians, a difference evidently founded on language, the vehicle of Hellenic culture. Throughout the Middle Ages and beyond, Byzantine scholars regarded the sciences of other peoples (έθνη) as inferior, even bordering on charlatanism. Nevertheless, Byzantine scholars were soon taking an interest in certain aspects of the science of Islam, notably in the “technical” skill of Arab astronomy and its astronomical tables. The prime reason for this interest was that the planetary positions calculated following the Ptolemaic tradition (especially the Handy Tables based upon the commentaries of Theon of Alexandria) were, over time, presenting significant systematic discrepancies. … Byzantine savants increasingly eyed the Islamic side, if only for practical reasons: the Islamic tables were easier to use. Despite the fact that this science came from “unbelievers,” using Islam’s astronomical tables or its constants was a lesser evil for Byzantine savants. Indeed, the measurement of constants was founded on the observations so scorned by Byzantium, and the tables could be characterized as a simple technique not involving philosophical discussions on the world.”  (Kindle Loc. 2466-87) 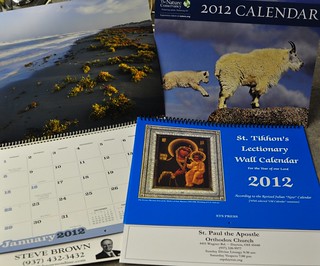 In the 14th Century Nikephoros Gregoras, a noted astronomer and churchman,  recognized that the Byzantine calendar was incorrect and in need of reform to bring it in alignment with astronomical reality.  Two hundred years before Pope Gregory XIII pushed the same calendar reforms Gregoras called upon the Empire to correct the calendar.

“A brilliant astronomer, he proposed around 1326 a reform of the calendar. Because of the roughly approximate length of the year (365.25 days) of the Julian calendar used by the Byzantine Empire, the equinoxes were already eight days behind the true equinoxes, something that posed various problems, including determining the day of Easter. Although the context (a renaissance of the sciences, an enlightened emperor) appeared favorable for a change to a more correct calendar, the moment was not propitious. The Orthodox Church, suffering from the shock of the aborted union with Rome and from restlessness among the monks and lower clergy, refused to endorse the proposed reform.”  (Kindle Loc. 2171-77)

Gregoras, who “considered himself heir of both Aristotle and Plato,” was a contentious fellow.   He engaged in anti-Latin polemics against Barlaam of Calabria, but then also openly opposed Gregory Palamas and hesychasm.   This would prove his downfall as Byzantine Orthodox embraced Palamas and rejected Gregoras who continued to oppose hesychasm until his own death.  According to Nicolaidis and Emanuel,  Palamas was not opposed to science but rather was influenced by his understanding of science.

“Hesychasts believed that a man through prayer and ascetics could have a vision of God and thus that true knowledge comes from this spiritual effort and not from acquiring secular knowledge. However, the ideological father of this movement, Gregory Palamas (1296–1359), based his ideas on the science of Aristotle and the geometry of Euclid in order to cogitate on locating the centers of the spheres of two elements, earth and water. What this movement seemed to be advocating was far from absolute hostility toward profane science. In effect, the Hesychast leader did not deny the utility of the sciences; he was more distrustful of the place granted to them by Byzantine power, seeing it as one of the causes of the secularization of high clergy.”  (Kindle Loc. 116-21)

Nicolaidis and Emanuel note that Gregory Palamas and Thomas Aquinas share one idea in common that in their time was considered scientific, both believed “that the existence of God could be demonstrated, the former by reason and the latter by experience.”  In this both rejected the thinking of  Barlaam of Calabria who  “following Aristotle and Pseudo-Dionysius the Areopagite (late fifth century CE), maintained that theological truths could not be demonstrated.”    Thus the debates between Palamas and Barlaam were part of the Byzantine wrestling with ‘science.’  However, the hesychasts were so heavily into mysticism that they turned against the secular scientific side of ancient Hellenism.

“What matters most to Palamas is precisely to show that the ancient philosophers, despite the fact that they described the physical reality of the world, were not able to do so completely and exactly, for they could not accede to the true wisdom that is offered only through the methods of Hesychasm. More than being simply ignorant compared to Christians, Plato, Socrates, Plotinus, Proclus, and Porphyrus were under the influence of the devil. Socrates, although judged to excel in wisdom, was possessed his whole life by a demon who had convinced him. For this reason, he taught things contrary to true wisdom, as with his cosmology or, still worse, his ideas on the soul of the world, at least as presented by his pupil Plato in Timaeus.”   (Kindle  Loc. 2371-77)

As the Christian West was embracing the ancient Greek thinkers and entering into the Renaissance, the Christian East under the influence of hesychasm became increasingly anti-Western.  As the scientific mind would emerge from these ideas in the West, Byzantium was distancing itself from the West and these novel scientific ideas.  The West would undergo a complete shift in its thinking about science and the solar system, moving from geocentric thinking to heliocentric thinking.   The discovery of the New World further eroded trust in traditional ancient philosophic and Christian assumptions.  The scientific revolution was accompanied by a whole host of new ideas and paradigms in the West.

Then in 1453, Mehmed the Conqueror captured the city of Constantinople.  Endeavoring to pre-empt any efforts by the Christian West to attempt to retake the city, Mehmed and his successors encouraged the anti-Latin sentiments of the hesychasts among their conquered Greek population. 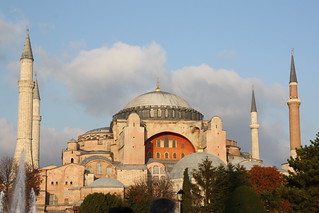 “The hold of the most fervent anti-unionists over the Patriarchate of Constantinople, as well as the inevitable withdrawal of the Orthodox Church after the Ottoman conquest, distanced the church from secular learning. … the most zealous anti-unionists believed that the Greeks were paying for their sins, including their connivance with the West and their involvement in Hellenistic learning.”  (Kindle Loc. 2830-32)

Many in the Orthodox population in their anti-Latin feelings came to reject the new science coming from the West.  “Science” was sometimes identified with Latin culture and thus seen as being anti-Greek.

“The sciences and secular learning in general did not figure among the preoccupations of the Orthodox Church from the fall of the Byzantine Empire in 1453 to the start of the seventeenth century. In fact, for a century and a half, the Patriarchate of Constantinople had a policy of teaching only what was useful for the renewal of the ecclesiastical hierarchy.”  (Kindle Loc. 2951-54)