This is the 4th and final blog in this series which began with Byzantine Orthodoxy, Hellenism and Science.   The previous blog is Byzantine Science (II).   In this series I have been considering the relationship between “science” and Eastern Christianity through history as presented by Efthymios Nicolaidis and Susan Emanuel in their book Science and Eastern Orthodoxy: From the Greek Fathers to the Age of Globalization .

After the Turks conquered Constantinople and the Orthodox lands in the Balkans, responsibility for education for Christians in the Turkish empire was overseen by the patriarchs living in Istanbul.  Attitudes towards science among the Christian population of the millet followed the policies determined by the patriarchate.  As Nicolaidis and Emmanuel note, the centuries following the Turkish conquest were not particularly bright ones for scientific interests among the Orthodox population.

For example, in the first half of the 17th Century, Theophilus Korydaleus encouraged a “revival of the sciences” among the Greek population.  However his efforts did not include the ideas of the scientific revolution sweeping Western Europe.   Korydaleus  like all the Greek humanist was advocating for a return to ancient Hellenistic ideas.  “Korydaleus’s ambition was to offer a panorama of Greek natural philosophy as if the Christian religion had never existed.”   Korydaleus ignored the Patristic critique of pagan Hellenistic ideas and promoted Hellenistic philosophy as ‘science’. 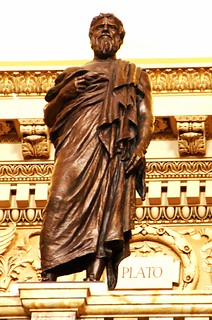 “Little by little, the hierarchy of the Orthodox Church came around to the idea of teaching ancient natural philosophy independently of the teaching of Creation. This acceptance was prepared by the idea—increasingly widespread in the seventeenth century—that Orthodox believers were the heirs of Greek splendor and learning. This idea was a comfort to the Orthodox of the Ottoman Empire, who felt subjugated to the Muslim state and, at the same time, threatened by the specter of Uniates, meaning Orthodox believers who had converted to Catholicism. Without political power, and wedged between Islam and Catholicism, the Orthodox Church sought support. Because the Greek heritage provided such a support, Greek philosophy could therefore gradually assume its place in the education controlled by the Orthodox Church.”   (Kindle Loc. 3069-74)

Seeking comfort in what they saw as the Golden Age of Greek thinking, the Orthodox in the Ottoman Empire embraced ancient Hellenistic philosophy, avoiding the new ideas of science coming out of Western Europe.  Not until the middle of the 18th Century did the Greeks begin to consider the heliocentric ideas of Copernicus.

The book tends to be very Greek-Hellenistic in its orientation and gives only slight attention to Orthodoxy beyond the Greek world.

Outside of the Ottoman Empire, the main Orthodox population was in the Russian Empire.   From the book’s viewpoint, the Russians having inherited Christianity from the Byzantines, followed Byzantine thinking in many areas of life.  The Russians accepted and followed the mystical theology of the Greeks, but did not have the deep abiding love of the Pre-Byzantine Hellenic culture.  Nicolaidis and Emmanuel write that “the ancient Greek scientific corpus was almost unknown in Russia until” the 17th Century.   Additionally the Russians holding strongly to the mystical tradition were dubious of any scientific culture whether Western or Byzantine.   The Russian Orthodox disinterest in scientific knowledge and technology would be confronted by Russian church and secular leaders and intellectuals who became increasingly enamored with Western ideas and alarmed at the backwardness of Russia when it came to science and technology.  The reforms of Patriarch Nikon and the vision of Emperor Peter the Great both were greatly influenced  by Western educational, scientific and technological progress.

And while Western church ideas would come to dominate the Eastern Church leading to what some theologians called a “Western captivity of the Eastern Church”, the Orthodox lagged far behind in scientific thinking as compared to the West.  An example in the book of the state of “science” in the Greek Orthodox world is reflected in the comments of Metropolitan Paisios of Gaza who gave a sermon series in Jerusalem.  As Nicoliadis and Emmual report it:

“Paisios began by comparing the twelve signs of the zodiac with the twelve major festivals of Christianity, showing off his knowledge of astrological signs. In his History of the Condemnation of Patriarch Nikon, he gives a description of Nikon that is based on astrology, palmistry, physiognomy, and dream interpretation.”  (Kindle Loc. 3198-3200)

The effects of the discovery of the New World and the new scientific ideas which swept through Western Europe were slow moving into the Orthodox world, according to the Nicolaidis and Emmanuel.

The new science was revolutionary and the Orthodox leadership under the Turks was committed to its ancient Greek roots.  Additionally the Turks had no interest in revolutionary ideas of any kind moving through their Christian subjects.  The seeds of restlessness were still sown in the Orthodox populations under Muslim domination.  Eventually revolution broke out and the Orthodox overthrew their Turkish oppressors.  Even so, the Greeks continued to mostly look to their ancient Golden Age of philosophy for scientific ideas and inspiration.  In 1895, a Greek philosophy student in a funeral oration which was soon published denounced Western scientific ideas, especially of evolution, as “supreme treason to Greece” and called for the death penalty for anyone teaching such ideas.

As the book points out the ideas which the  Greek church advocated regarding science in the modern Greek state usually reflected the ideas of the Greek government.  When the conservative government saw “science” as a tool of communism, the church too denounced scientific ideas.  The intermixture of church and state which were part of the Byzantine symphony continued in the modern Greek Church experience.  For me, this was one of the things disappointing in the book: the the view of the authors was sometimes myopic, reducing “Orthodoxy” to mean “Greek” or Hellenic.  The Orthodox experience worldwide and through history was greater the Byzantine experience.  Orthodoxy is not coterminous with being ethnically Greek.   So, we read as part of the book’s conclusions :

“The most significant characteristic that differentiates the history of science in the Eastern Orthodox world from what happened in the Latin West (through the nineteenth century) is the East’s continuing pride in its ancient Greek patrimony. Although “Hellene” was synonymous with “pagan,” the Greek fathers based their Creation exegesis on their Greek education; later, Byzantine scholars (most of whom were clerics) regarded it as an honor to be “Hellene.” Greek Orthodox communities of the Ottoman Empire, seeking a national identity, claimed their affiliation with the ancient Greeks. Through the centuries, this affiliation gave rise to a relatively stable relationship between Eastern Orthodoxy and science, during which the Orthodox Church accepted and taught science.”  (Kindle Loc. 4208-13)

At least from this book, my impression of the history of the Eastern Church, is that after the early Patristic creative engagement with the pagan culture and an effort to form a particularly Christian perspective on nature and science, the Greek Church slowly reverted to Hellenic ideals.   Byzantium through time got reduced to a Greek state, and the Orthodox Church in this state became largely fixated nationalistically on an ancient Golden Age of Greek thinking.  It becomes disappointingly obvious through the book, that it was more fixated on the Greek church’s attitude toward Hellenic culture than it was on an Eastern engagement with ideas of modern science.   In the end the book did not provide a great deal of insight into how contemporary Orthodox can deal with the modern worldview in the age of science.  The books wants to proudly show that despite a modern Western bias against Byzantine culture, that Greeks engaged “science” throughout their history.  While the book’s scope is truly impressive, it did not convince me that the Western critique of Byzantine culture as being seriously deficient in scientific thinking is mistaken.  The later Byzantines and the Greek Orthodox of the modern Greek state have been far more interested in promoting a golden age of Hellenic thought than in engaging modern science.  In this sense, modern Greek Orthodoxy is not at all like the early Patristic period in which the Orthodox thoroughly knew the scientific debates of their day and actively engaged in those disputes.  Rather it appears in the book that the Greek Church is more interested in heralding a nostalgic golden age of Hellenic culture while mostly ignoring the scientific culture that dominates the world today. 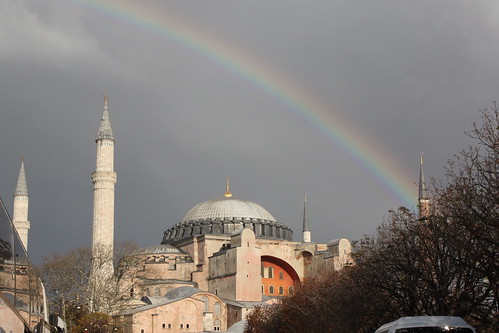