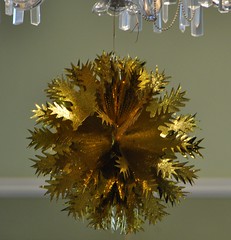 In our consumer driven culture, the sin of greed is often forgotten, buried under our ever mounting possessions.   Consumer spending in the US in 2013 was said to comprise 71% of the US economy.   I suppose that means we even think of our purchasing ever more goods as being both patriotic and a sign of being blessed.  As an alternative to giving things to people who already have more than they want, many charities in the US offer chances of giving Christmas gifts which actually benefit others and which don’t add items to our closets, attics, basements, garages or landfills.  While obviously Christmas gift giving often is done for pure love and joy, I certainly do hear a fair amount of comment from people who feel compelled to give or participate in gift exchanges which they aren’t interested in and sometimes can’t afford.   I also hear of those who feel completely frazzled by the frenzied shopping sprees they have to go on to meet all of their ‘gifting’ obligations.  And there is a degree for many that the lure of shopping is that power to purchase which makes us feel good about ourselves. 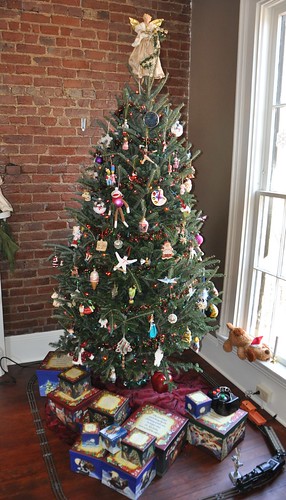 Since we Orthodox are also in the Nativity Fast, we have reason to consider whether any of our own desires or behaviors in this season are in fact sinfully selfish rather than done for others in love.   Sinfulness and repentance are not what some people want to hear about in the Christmas Season, but we Orthodox are in a lenten time as well, and so should joyfully welcome clear sightedness about our own behavior.  Socrates thought the unexamined life is not worth living.   Repentance and confession tell us our life is worth living that is why we examine it!

St. John Cassian reminds us that greed is not a minor sin, but has shown itself to be a deadly one.  Cassian points out that it is greed, avarice, which leads Judas down a deadly path.

“Consider Judas, who was numbered among the apostles and who did not wish to crush this serpent’s deadly head – how it destroyed him with its poison, entangled him in the snares of desire and drove him to a criminal and speedy end by persuading him to sell the world’s redeemer and the author of human salvation for thirty pieces of silver. Never would he have fallen into the abominable villainy of betrayal had he not been infected with the disease of avarice, nor would he have been guilty of sacrilegiously denying the Lord if he had not first been in the habit of stealing from the purse that was entrusted to him.” (The Institutes, p 181)

3 thoughts on “Greed: A Deadly Sin”