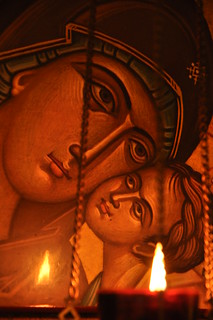 God became human, so the early Christians taught, so that humans might become God.  The Word of God becomes flesh.  And we are to become living scriptures – not handing out printed texts to others, but becoming witnesses to Christ by living the teachings found in the Scriptures.  The Scriptures bear witness to Christ (John 5:39) – and that refers both to any written word as well as ourselves when we become examples of what the Scriptures teach.  St Symeon the New Theologian (d. 1022) teaches:

“Just as the more comprehensive commandments contain within themselves all the more particular commandments, so the more comprehensive virtues contain in themselves the more particular virtues. For he who sells what he has and distributes it to the poor (cf. Matt. 19:21), and who once and for all becomes poor himself, has fulfilled at once all the more particular commandments: he no longer has to give alms to the person who asks him for them, nor does he have to-refrain from rejecting the man who wishes to borrow from him (cf. Matt. 5:42). So, too, someone who prays continuously (cf. 1 Thess. 5:17) has in this act included everything and is no longer obliged to praise the Lord seven times a day (cf. Ps. 119:164), or in the evening, in the morning, and at noonday (cf. Ps. 55:17): he has already done all that we do by way of prayer and psalmody according to the regulations and at specific times and hours. Similarly, he who has acquired consciously within himself the Teacher of spiritual knowledge (cf. Ps. 94:10) has gone through all Scripture, has gained all that is to be gained from reading, and will no longer have need to resort to books. How is this? The person who is in communion with Him who inspired those who wrote the Divine Scriptures, and is initiated by Him into the undivulged secrets of the hidden mysteries, will himself be an inspired book to others – a book containing old and new mysteries and written by the hand of God; for he has accomplished all things and in God, the principle of perfection, he rests from all his labors.”    (THE PHILOKALIA, Kindle 35819-36)

Being Christian doesn’t mean mostly obeying rules, but even more means becoming love, constantly and continuously.  We become ourselves scripture and witness to Christ in all we do. 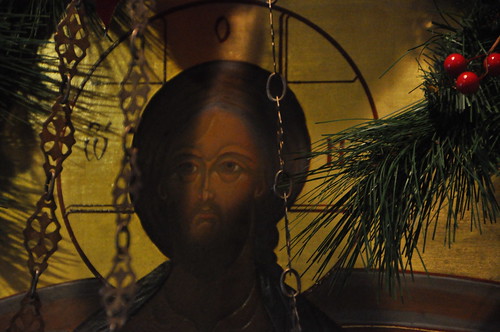