“‘Who doesn’t want freedom?’ he said. ‘Everyone does but few know what freedom consists of, and how to attain it…To become free, one must first of all “bind” oneself. The more you bind yourself, the more freedom your spirit knows…One must pinion the passions in oneself, so that they don’t get possession of you, restrain yourself so as not to harm your neighbor. People generally seek freedom in order to do what they like. But that is not freedom but the power of sin over you. Freedom to fornicate, overeat and get drunk, or be spiteful, use violence and kill, and so on, is certainly not freedom but, as the Lord said, “Whosoever commits sin is the servant of sin.” One must pray hard to be delivered from such bondage. ‘We believe that true freedom means not sinning, in order to love God and one’s neighbor with our whole heart and our whole strength. True freedom means constant dwelling in God.’ ” (Archimandrite Sophrony, St. Silouan the Athonite, p 65)

Such contrasting and conflicting ideas of attaining freedom.  Some worldly minded people think self-indulgence, such as unbridled sex – unconstrained and unrestrained by morality or society or religion – is the greatest expression of personal freedom.   In their minds, throwing off constraints allows the individual to live as they wish, freed of social and moral constraint. 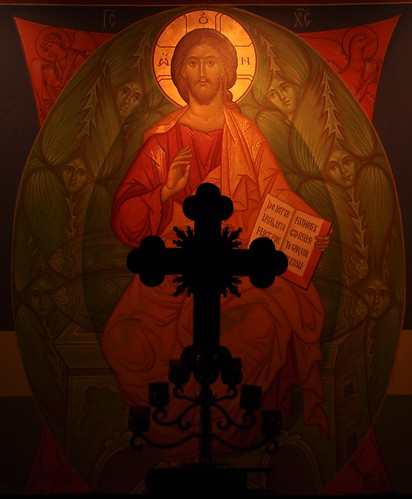 On the other hand, in Orthodoxy as well as in many other religious traditions, one attains freedom when one no longer is controlled by one’s passions.  We become truly human when we master our own desires and no longer live as slaves to urges and instincts.   It is the gift given to humanity that we do not have to live controlled by our instincts and passions but can actually master them.  We can aspire to a life of freedom and self control which no other animal can attain.  We are not limited by our biology but rather can master our biology in order to imitate God and to enter into divine love.  We are not limited or defined by our animal nature (ie, having physical bodies).  We are also made in the image of God, have rational minds, have souls in which God’s Spirit interacts with our physical nature.   We humans are animals, but are not coterminous with our animal nature. [See also my blog series Being and Becoming Human.]

As was said by the early Christians and repeated throughout Orthodoxy’s long history:

God became human in order that humans might become divine.