I am posting this blog for our Martin Luther King national holiday, but it will be a real roundabout way of getting to the theme.   Most of my blogs consist of quotes from what I’ve read, this will be no exception, though where I am going to begin may seem to have no connection to what I claim this blog is about.  So here goes:

For whatever reason, I never felt any desire to read the writings of Charles Darwin.  But recently I did read his diary, THE VOYAGE OF THE BEAGLE, which were his recorded observations from the 4-5 years he spent touring the world onboard the ship, The Beagle.  I found the book far more compelling than I ever imagined I would.  Darwin was a good observer of geography, meteorology, geology, biology and sociology.  He has an interesting writing style and saw a lot of the world, experiencing many adventures along the way.  His theories of evolution did not come through this work very much as it was mostly his observations not his effort to synthesize what he observed or draw conclusions from them.   I was not reading the text with any agenda, so felt no guilt about skimming sections which were very descriptive scientifically but which were of little interest to me personally.  Darwin was not particularly anti-religious in this book, though probably he was religiously indifferent.  He was a cultural Christian  which means in some ways he was also arelgious.  His understanding of Christianity seems to have been closely aligned with his Eurocentric and Anglocentric viewpoint.  He is not absolutely critical of religion and even defends it at times, especially when he sees it being useful to Europeanize aboriginal peoples around the world.  He would not be considered politically correct by modern standards.  Nor would his efforts to capture, kill and study animals be viewed as particularly conservationist or humane.   We can get a sense of his viewpoint on religion:

“On the whole, it appears to me that the morality and religion of the inhabitants are highly creditable. There are many who attack, even more acrimoniously than Kotzebue, both the missionaries, their system, and the effects produced by it. Such reasoners never compare the present state with that of the island only twenty years ago; nor even with that of Europe at this day; but they compare it with the high standard of Gospel perfection. They expect the missionaries to effect that which the Apostles themselves failed to do. Inasmuch as the condition of the people falls short of this high standard, blame is attached to the missionary, instead of credit for that which he has effected. They forget, or will not remember, that human sacrifices, and the power of an idolatrous priesthood–a system of profligacy unparalleled in any other part of the world–infanticide a consequence of that system–bloody wars, where the conquerors spared neither women nor children–that all these have been abolished; and that dishonesty, intemperance, and licentiousness have been greatly reduced by the introduction of Christianity. In a voyager to forget these things is base ingratitude; for should he chance to be at the point of shipwreck on some unknown coast, he will most devoutly pray that the lesson of the missionary may have extended thus far.” 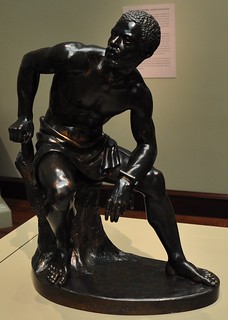 Darwin’s own Christian upbringing had given him a sense of morality, and he could see in the aboriginal people violent behaviors which he found appalling, showing no mercy to women or children. We can note in Darwin’s comments his opposition to the aboriginal practice of infanticide – especially since we are this month also upholding the Sanctity of Human Life  and opposing a modern form of infanticide.

His observations of behavior and morality are not limited to aboriginal peoples.  Whereas he does see Christianity raising the moral standards of the aboriginal peoples, he is not hesitant to point out when Christianity has failed to positively affect the moral values of the European Christians.  He was totally opposed to the practice of slavery which he found dehumanized both owner and slave, but practiced throughout the New World.  He was physically disturbed by the practice of slavery in the Americas and found it so totally appalling that any humans would enslave another people.

“On the 19th of August we finally left the shores of Brazil. I thank God, I shall never again visit a slave-country. To this day, if I hear a distant scream, it recalls with painful vividness my feelings, when passing a house near Pernambuco, I heard the most pitiable moans, and could not but suspect that some poor slave was being tortured, yet knew that I was as powerless as a child even to remonstrate. I suspected that these moans were from a tortured slave, for I was told that this was the case in another instance. Near Rio de Janeiro I lived opposite to an old lady, who kept screws to crush the fingers of her female slaves. I have stayed in a house where a young household mulatto, daily and hourly, was reviled, beaten, and persecuted enough to break the spirit of the lowest animal. I have seen a little boy, six or seven years old, struck thrice with a horse-whip (before I could interfere) on his naked head, for having handed me a glass of water not quite clean; I saw his father tremble at a mere glance from his master’s eye. These latter cruelties were witnessed by me in a Spanish colony, in which it has always been said that slaves are better treated than by the Portuguese, English, or other European nations. I have seen at Rio de Janeiro a powerful negro afraid to ward off a blow directed, as he thought, at his face. I was present when a kind-hearted man was on the point of separating forever the men, women, and little children of a large number of families who had long lived together. I will not even allude to the many heart-sickening atrocities which I authentically heard of;–nor would I have mentioned the above revolting details, had I not met with several people, so blinded by the constitutional gaiety of the negro as to speak of slavery as a tolerable evil. Such people have generally visited at the houses of the upper classes, where the domestic slaves are usually well treated, and they have not, like myself, lived amongst the lower classes. Such inquirers will ask slaves about their condition; they forget that the slave must indeed be dull who does not calculate on the chance of his answer reaching his master’s ears.  (Kindle Loc. 8551-66) 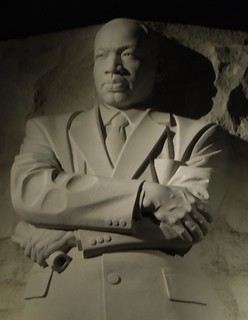 It is with his comments on slavery that he addresses the American nation of the 19th Century, and here we come around to why I connect Darwin’s diary to the Martin Luther King holiday.

Darwin made a clear and unequivocal challenge to America’s claim to love liberty and yet be so willing to enslave people.   It was for Darwin abhorrent and  completely hypocritical for men who claimed to be Christians to enslave others.

“Those who look tenderly at the slave owner, and with a cold heart at the slave, never seem to put themselves into the position of the latter;–what a cheerless prospect, with not even a hope of change! picture to yourself the chance, ever hanging over you, of your wife and your little children–those objects which nature urges even the slave to call his own–being torn from you and sold like beasts to the first bidder!

And these deeds are done and palliated by men who profess to love their neighbours as themselves, who believe in God, and pray that His Will be done on earth!

It makes one’s blood boil, yet heart tremble, to think that we Englishmen and our American descendants, with their boastful cry of liberty, have been and are so guilty; but it is a consolation to reflect, that we at least have made a greater sacrifice than ever made by any nation, to expiate our sin.”   (Kindle Loc. 8572-78)

Darwin did think religiously when it came to the politics of slavery, and labeled it a sin.  He noted as did many Americans that slavery is a sin for which many have paid a heavy price.  So the great human, Abraham Lincoln said in his second inaugural speech: 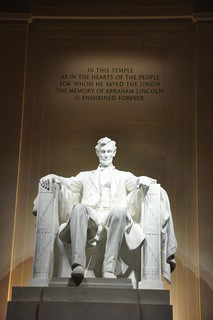 “If we shall suppose that American slavery is one of those offenses which, in the providence of God, must needs come, but which, having continued through His appointed time, He now wills to remove, and that He gives to both North and South this terrible war as the woe due to those by whom the offense came, shall we discern therein any departure from those divine attributes which the believers in a living God always ascribe to Him? Fondly do we hope, fervently do we pray, that this mighty scourge of war may speedily pass away. Yet, if God wills that it continue until all the wealth piled by the bondsman’s two hundred and fifty years of unrequited toil shall be sunk, and until every drop of blood drawn with the lash shall be paid by another drawn with the sword, as was said three thousand years ago, so still it must be said “the judgements of the Lord are true and righteous altogether.”
With malice toward none, with charity for all, with firmness in the right as God gives us to see the right, let us strive on to finish the work we are in, to bind up the nation’s wounds, to care for him who shall have borne the battle and for his widow and his orphan, to do all which may achieve and cherish a just and lasting peace among ourselves and with all nations.”