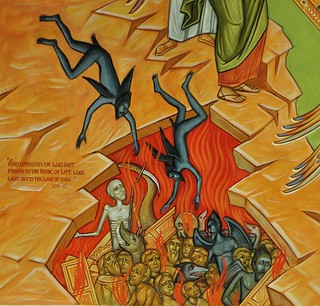 As the member of the Islamic state in Syria continue to demonstrate there own inhumanity by practicing perverted evil which shows their rejection of God, we are reminded that people in the world have faced such fanatical religious ideology in the past.   The early 4th Century Christian writer Lactantius denounced such religious fanaticism in his own day.  He lived through a period of the Roman persecution of Christians, but rejected any idea that Christians should use bloodshed in return or to  propagate the Christian religion.

“Religion ought to be defended, not by killing but by dying, not by fury but by patience, not by crime but by faith. The former action each time belongs to evil, the latter to good, and it is necessary that the practice of religion be good, not evil. If you wish, indeed, to defend religion by blood, if by torments, if by evil, then it will not be defended; it will be polluted and violated.“

Believers may choose to die rather than deny God, but when they choose to murder, they deny God.  The Islamic state is militantly proving the death of God.  Why should anyone in the world believe in God when they see how these people behave?  It is hard to find a better justification for atheism than the Islamic state.

St. John Chrysostom said that our warfare does not make the living dead, but makes the dead to live.   God help us win that war. 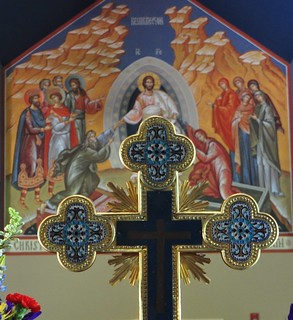