The Sunday before we enter into Great Lent has the theme of the expulsion of Adam and Eve from Paradise.   Early church writers imagined that Paradise was a temple which God had built so that we could worship Him.  God’s expelling Eve and Adam from the Edenic temple was not done for punishment but rather to make us long for God and our lost relationship with Him.  On earth, we experience the absence of God and so seek for Him.  Liturgy and the church sanctuary are where we look to find God.

So repentance and the prayer life are natural ways which God provided for us on earth to seek Him and to work to re-establish the proper relationship with Him.   Priest and Professor Baby Varghese writes about the wisdom of St. Ephrem the Syrian regarding the Fall:

“When Adam and Eve trusted the word of Satan instead of God’s commandment, God ceased to be the center of their life. Thus man ceased to be a liturgical being and priest of the creation. He was incapacitated to offer worship pleasing to God. God expelled Adam precisely to give him an opportunity to repent and to make him aware of his former glory. God wanted that we should supplicate to regain our lost inheritance and dignity:

The Good One in His love wished to discipline us for doing wrong,

and so we had to leave Paradise with its bridal chamber of glory;

He made us live with the wild beast which caused sorrow,

So that we might see how little our honor had become,

and so would supplicate Him and beg to return to our inheritance. 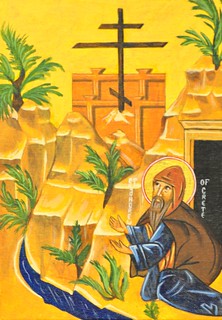 In fact the goal of prayer is to return to our former inheritance:

We should learn from Daniel, who prayed

that he might come up from Babylon to the land of promise;

Babylon is the likeness of this earth, full of curse.

might pray that we return to our dwelling in Eden.

Blessed is He who brings forth through grace to our goal. 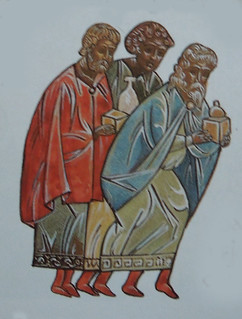 The All-Knowing saw that we worshipped creatures.

He put on a created body to catch us by our habit,

To draw us by a created body toward the Creator.”