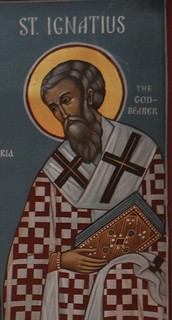 Great Lent was at one point in church history a time for preparing candidates for baptism.   We find in historical documents descriptions of how this worked.

“This preparation for Baptism was introduced by the rite of enrollment, which we find described in this way by Etheria (4th Century) in her account of her pilgrimage:

‘Whoever wishes to give in his name does so on the eve of Lent; and a priest notes down all the names. The next day, the opening of Lent, the day on which the eight weeks begin, in the middle of the principal church, that is, the church of the Martyrium, a seat is placed for the bishop, and one by one the candidates are led up to him. If they are men, they come with their godfathers; if women, with their godmothers. Then the bishop questions the neighbors of each person who come in, saying: “Does he lead a good life? Does he respect his parents: Is he given to drunkenness or to lying?” If the candidate is pronounced beyond reproach by all those who are thus questioned in the presence of witness, with his own hand the bishop notes down the man’s name. But if the candidate is accused of failing in any point, the bishop tells him to go out, saying: “Let him amend his life and when he has amended it, let him come to Baptism.”   […] 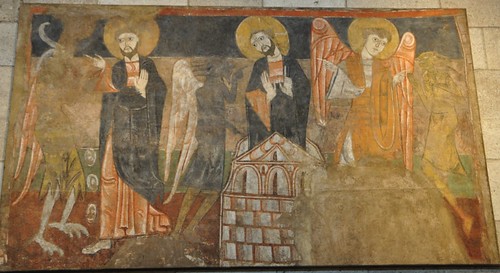 The literal meaning of these rites is obvious, – what interests us is the interpretation given to them by the Fathers. The examination, which precedes the inscription in which the claims of the candidate are discussed, signifies for Theodore of Mopsuestia that at this moment Satan ‘tries to argue against us, under the pretext that we have no right to escape from his domination. He says that we belong to him because we are descended from the head of our race,’. 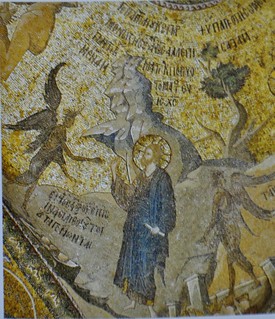 Against him, ‘we must hasten to go before the judge to establish our claims and to show that by rights we did not belong to Satan from the beginning, but to God Who made us to His Own image’. And Theodore compares this ‘temptation’ to the scene in which Satan ‘tries to lead Christ astray by his wiles and temptations.’ Even the attitude of the candidate is symbolic: he is clad only in his tunic and is barefoot, ‘to show the slavery in which the devil holds him captive and to arouse the pity of the judge.’ ”    (Jean Danielou, The Bible and the Liturgy, pp 19-21)