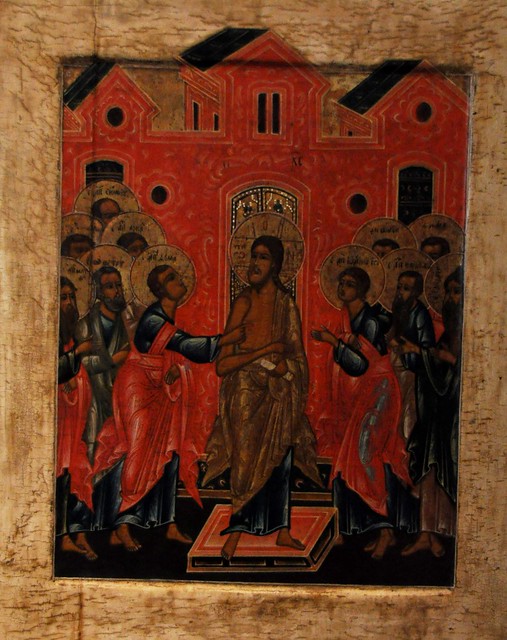 The doubt of Thomas did not prevent Your Resurrection,
nor was his unbelief without a use.
For now Thomas undoubtingly shows Your Resurrection to all the nations,
who before were unbelieving, but now are taught to say:
Blessed are You, our God, the Lord exalted by the fathers!

A normal part of having faith in God in our fallen world is also doubting – God, ourselves, the witness of others.  The Gospel lesson of the doubting Thomas (John 20:19-31) is read in the Orthodox Church on the Sunday after Pascha.  We commemorate that hard reality that even the Twelve Apostles experienced a loss of faith and doubts despite being with Jesus on a daily basis and experiencing His words and miracles.

In the above hymn we encounter a truth of faith: our belief or doubts do not solely determine what God will do.  That Thomas did not believe Christ rose from the dead did not prevent Christ’s resurrection.  God freely chooses how to respond even to our doubts or disbelief or denial.  As the hymn notes, on the other had, doubt is not without purpose.  The hymn is not advocating predestination in which human behavior is inconsequential.  Thomas’ personal doubt led him to seek proof of the claimed resurrection.  He became convinced of the resurrection and then went forth into the world as an Apostle to proclaim the Gospel. 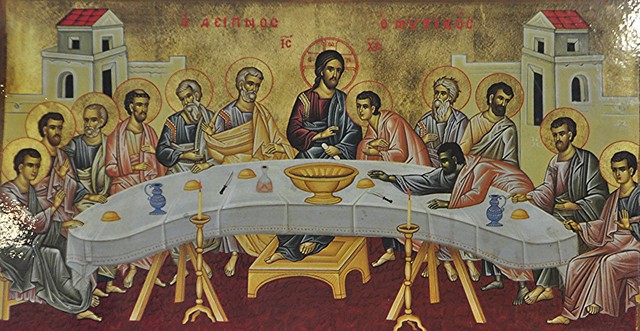 The doubt of Thomas honestly reveals the humanity of the Apostles – they are men and women like ourselves.  They had to deal with all the issues and problems created by having faith in God.  They had to deal with their own personal doubts.  Despite being with Christ daily, they sometimes doubted their own perceptions.  Their free will remained and they had to choose to believe, to follow Christ, to do His will.  They had to cooperate with God for their own salvation.  Faith still requires us to make choices.  And as long as their are choices there will be doubts about what to believe and what to do.  Faith is neither mindless or thoughtless.   And doubt can serve a purpose in a person’s life and in the Christian community.   Had the other disciples expelled Thomas from their fellowship when he expressed his unbelief they would have deprived the Church of an important witness.  We would not understand the role that a disciple like Thomas plays in our communities.  We would have failed to understand the blessedness which doubt can play in a believer’s life and in the life of the Church.