Dr. Daniel B. Hinshaw makes some interesting observations about how we modern Americans spend a lifetime indulging our bodies and then at death suddenly think the body is worth nothing so think of death as escaping the body.  In contrast to this Orthodox spirituality treats the body with great respect in life (thus moral living, fasting, using all the senses in worship, kneeling, sacraments) and also at death where we anoint the body and do a burial as an act of love. 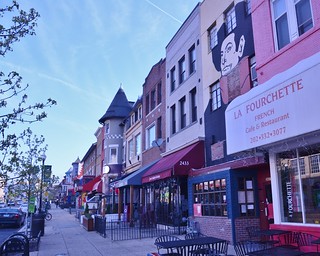 “Unfortunately, for most persons nurtured in the materialism of the west, a strange dualism persists. While alive with the ability to use and consume the material world around them most westerners are thorough-going materialists. When confronted with death, there appears to be a rapid conversion to form a Neoplatonism in which the body that was indulged for so long is now of no consequence and all hope resides in a spiritual in a spiritual, immaterial existence after death. This immaterial existence also seems to bear little or no relation to the material and is hoped to be the consummation of all the well wishes expressed in fine greeting cards. But, ‘Christ never spoke about the immortality of souls – He spoke about the resurrection of the dead!’ The person born and bred in the west is still confronted with the messy issue of the body. It is no wonder that cremation has become so popular.

trampling down death by death,

and upon those in the tombs bestowing life! 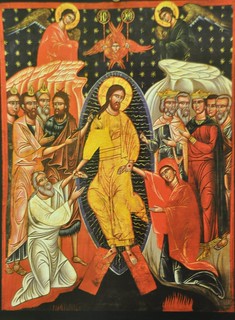 For traditional Christians, precisely because of the incarnation of Christ, dead bodies do matter. To again quote St Gregory of Nazianzus,

It is only because Christ assumed our entire nature, except for sin, and entered into death itself, that we can be healed. Because he died, was buried, descended into Hell, and overcame death, human nature has been restored. It is Christ’s physical death that is crucial to his salvific act.” ( Suffering and the Nature of Healing, pp 234-234)