St.  Nikolai Velimirovic commenting on Matthew 20:25-27 addresses an issue crucial to how Jesus apparently envisioned Christians relating to each other in community.   Our Lord Jesus Christ taught that in community the issue for Christians is not power over others, or hierarchy in relationships, but rather focused on service to one another.  That is to be the distinguishing mark of Christians in community: how we love one another.   St. Nikolai writes: 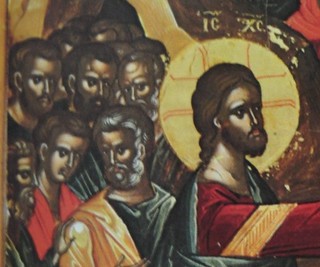 “But Jesus called them to Him, and said unto them: ‘You know that they which are accounted to rule over the Gentiles exercise lordship over them; and their great ones exercise authority over them. But so shall it not be among you: but whosoever will be great among you, shall be your minister; and whosoever of you will be the chiefest, shall be servant of all. […]

He who knows how much evil has been brought into the world, and is still brought, by the struggle for pre-eminence, will understand that this teaching of Christ’s creates peace. By it, the greatest and most blessed revolution in human society – since human society came into being – is begun. Ponder on what it would mean to men if equality and rank depended on service and love, instead of on force, wealth, luxury or a semblance of learning. Oh, how many of those who consider themselves to be first would suddenly find themselves last; and how many who think themselves last would be first! Oh, what joy would fill men’s hearts – and what order, peace and harmony there would be! All would compete in serving others rather than ruling over them. All would hasten to give and to help, rather than to take and to hinder. Every -heart would be filled with joy and light in place of malice and darkness.” (Homilies, pp 181-182) 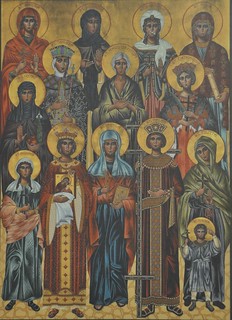 St. Nikolai reminds us of a Christian ideal rarely lived or even attempted: “…if equality and rank depended on service and love, instead of on force, wealth, luxury or a semblance of learning.”   Imagine a community based on service and love for one another.  It is hard to imagine because it has so rarely been attempted let alone successfully done.  And even when tried, humans living in the world of the Fall have shown how hard it is to do.  Over time, even monasteries, which started off by trying to live the Gospel and rejecting the need for state authority or a state church, found that hierarchy served a purpose, and in large monasteries they even had the equivalent of jails.  Humans will be humans even in Christian community.  Nevertheless, there is an ideal for us to strive for: live in love and service of others.   Don’t live for your own interests but for the good of others.  Love as Christ loves you.

St. Mark the Monk writing in the 5th Century offers this advice:

“If someone is not under obedience to you, do not accuse him of some fault to his face; this would suggest that you have authority over him and are not just giving advice.”  (Counsels on the Spiritual Life, Kindle Location 2719-2720)

When we behave as Christians, we can offer brotherly or sisterly advice to help others, but we are not to act as if we have authority over everyone else in the church community.   Too often Christians are not willing to live at peace and in love with those with whom they disagree.  We are not willing to pray for, love and serve others unless they conform to our ideas of how they should behave.   We are not willing to love those who reject advice we offer.  As soon as someone does not take our advice, we want them to leave the community or we bolt to search for a community where people will obey our ideals.

Lord, grant me to see my own sins and not to judge my brother or sister.   Teach me to love them and serve them. 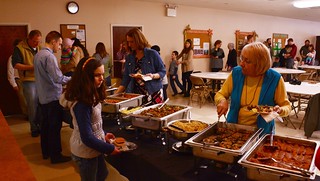