Reading, studying and meditating on the Scriptures are all a normal part of the life of any Christian.   The Scriptures do not merely teach us about God, but bring us into a relationship with the Holy Trinity.  More than inform us, they form our hearts, souls and minds so that we can love God and fulfill His commandments. 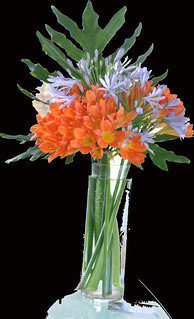 “For many Christians the commandments found in the Bible are nothing more than a list of do’s and don’ts. At their best, they tell us the minimal expectations God has for his creation. But in Jewish tradition the commandment embodied much more than this. It was a gift of God given to his people so that they could openly display their love and devotion to him. Fulfilling a commandment is like offering flowers to a new-found love; though the lover is following a social convention the deed springs from a far deeper font.” (Gary A. Anderson, The Genesis of Perfection, p 150)

We are seeking a relationship with the God who has revealed Himself through Jesus Christ our Lord.  The Scriptures bear witness to Christ. 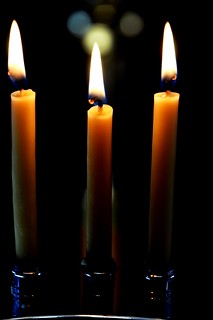 “Because the scriptures clearly reveal the will of God and provide unfailing guidance toward salvation, according to St. Symeon, they are to be studied with utmost diligence and to be obeyed with absolute care not only by scholars, but by all Christians: We need great soberness, great zeal, much searching of the divine Scriptures. The Savior has (said), ‘Search the Scriptures’ (Jn. 5:39). Search them and hold fast to what they say with great exactitude and faith, in order that you may know God’s will clearly from the divine Scriptures and be able infallibly to distinguish good from evil (Heb. 5:14)….Nothing is so conducive for saving us as the following of the divine precepts of the Savior.[…] 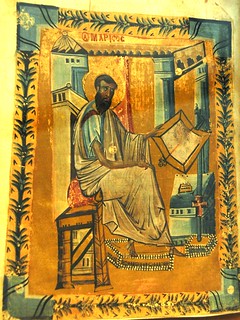 His reliance on and use of scripture to critique the prevailing view and practice of the ongoing religious tradition as viewed and lived by clerics, monks, theologians, state officials, and lay people alike. To put it in another way, St. Symeon’s bold and prophetic call for radical renewal within the Church, a highly controversial position that in part led to his condemnation and lengthy exile by ecclesiastical authorities, had to do with nothing less than his view that the truth of the apostolic gospel had been swallowed up in an ocean of religious formalism unable to bear the words of a prophetic and evangelical voice.” (Theodore G. Stylianopoulos, Encouraged by the Scriptures: Essays on Scripture, Interpretation and Life, pp 38-39)

One thought on “The Importance of Studying Scriptures”