“There was an elder at Scete who was hard working so far as his body was concerned but not too sharp in his logismoi. So he went to Abba John Colobos to ask him about forgetfulness. Having heard a saying from him he returned to his cell – and forgot what Abba John said to him; so he went back again to ask him. Having heard the same saying from him again, he returned; but when he reached his own cell, he forgot again. He went on coming many times and being overcome by forgetfulness on returning. 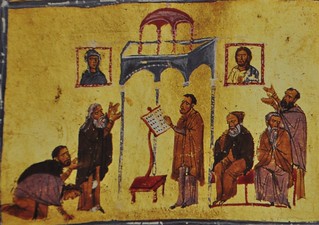 Later on he met the elder and said to him: ‘Do you know, abba, I forgot what you said to me again, but I did not come [back] so as not to trouble you.’ Abba John said to him: ‘Go and light a lamp,’ and he lit one. He spoke to him again: ‘ Get some other lamps and light from it,’ and he did so. And Abba John said to the elder: ‘The lamp was not damaged in any way when you lit the other lamps from it, was it?’ ‘No,’ he said. 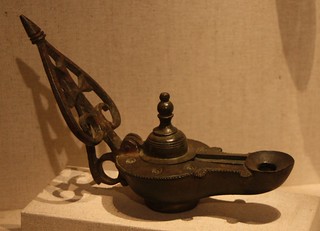 So the elder said: ‘Neither is John; if the whole of Scete were to come to me it would not impede me from the grace of Christ, so come whenever you wish, without questioning.’ And thus, by the patient endurance of them both, God removed the forgetfulness from the elder. This was the practice of the [monks] at Scete: to give eagerness to the combatants and to coerce themselves to win each other over for the good.” (GIVE ME A WORD, pp 135-136) 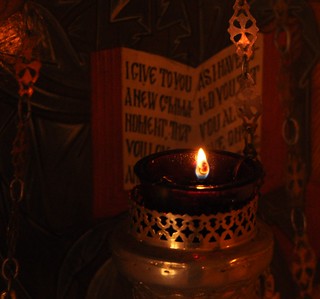