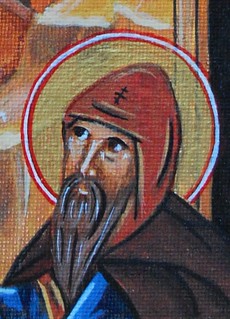 In the 4th Century an Egyptian monk, Evagrius, became famous for writing about the ascetical life.  Unfortunately, his work was influenced by some non-Christian thinking, and in later centuries the Church rejected some of what he wrote as heresy.  Nevertheless, as a 4th Century Christian he had some profound insights into the spiritual life.  In his comments on Psalm 146:7, we see him following the common Christian practice of seeing beyond the literal reading of a text to find a meaning that applies to many, if not most, Christians.  The Psalmist may be referring to those incarcerated in prisons, but Evagrius recognized that many things can imprison the mind. 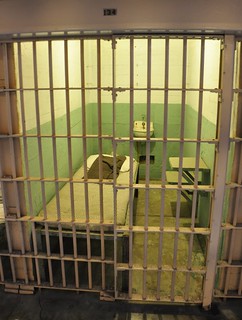 Neither things nor their mental conceptions [as such] chain the intellect, but, on the contrary, the passionate conceptions of things. For the Lord has also made gold, and he himself created woman, and nothing of what has come into existence through God is opposed to the salvation of man. On the contrary, it is lust and greed that chain the intellect, in that they force the mental conceptions to remain in the heart. Things hamper the intellect through passionate mental conceptions, just as [the thought of] water [hampers] the thirsty man through thirst and [the thought of] bread the hungry man through hunger. For this reason, the physician of souls neither destroys things (for he is their Creator) nor does he compel the intellect not to recognize them (for it was created by him for this reason, to recognize them). Rather, by destroying by means of spiritual teaching and the commandments the passions – which are something other than the mental representations and the things from which they have their own origin – he frees the intellect from the chains. This is indeed what the words of the Psalm mean:

‘The Lord sets the chained ones free.’”

It is not gold or pornography which enslaves us – for these are things external to us.  It is the lust within us that makes us a slave instead of a free human being.   It is sin in us.   We are to struggle against our own sins, lusts, temptations and desires in order to be fully, free human beings.  The Christian life is a spiritual war, against our own desires and passions.  We are aiming to purify our hearts and minds of these passions which are trying to enslave us. 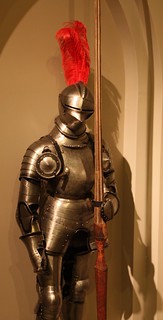 Finally, be strong in the Lord and in the strength of his might. Put on the whole armor of God, that you may be able to stand against the wiles of the devil. For we are not contending against flesh and blood, but against the principalities, against the powers, against the world rulers of this present darkness, against the spiritual hosts of wickedness in the heavenly places. Therefore take the whole armor of God, that you may be able to withstand in the evil day, and having done all, to stand. Stand therefore, having girded your loins with truth, and having put on the breastplate of righteousness, and having shod your feet with the equipment of the gospel of peace; besides all these, taking the shield of faith, with which you can quench all the flaming darts of the evil one. And take the helmet of salvation, and the sword of the Spirit, which is the word of God. Pray at all times in the Spirit, with all prayer and supplication. To that end keep alert with all perseverance, making supplication for all the saints, (Ephesians 6:10-18)