On the 3rd Sunday of Great Lent we read the Gospel lesson of Mark 8:34-9:1, which includes these words:

When He had called the people to Himself, with His disciples also, He said to them, “Whoever desires to come after Me, let him deny himself, and take up his cross, and follow Me. For whoever desires to save his life will lose it, but whoever loses his life for My sake and the gospel’s will save it. For what will it profit a man if he gains the whole world, and loses his own soul? 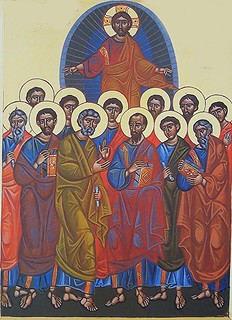 What does it mean to take up one’s cross to follow Christ?

“.. [St.] Paul sees faith as a sharing in the death of Jesus that is so real, so vivid, that it can be described as being crucified with Christ, or co-crucified (Rom. 6:6; Gal. 2:19). This was the reality that grasped Bonhoeffer, too: ‘When Christ bids a man, he bids him come and die.’” (Michael J. Gorman, Reading Paul, p 124) 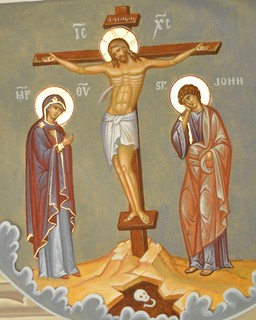 “The whole life of the just man is filled with affliction. … ‘Many are the afflictions of the just.’ For this reason the Apostle said: ‘In all things we suffer tribulations’; and ‘That through many tribulations we must enter the kingdom of God.’ But, God delivers His saints from their afflictions. Though He does not leave them without trial, yet He bestows on them patient endurance. For, if ‘tribulation works out endurance, and endurance tried virtue’, he who excludes tribulation from  himself deprives himself of his tried virtue. As no one is crowned without and adversary, so also he cannot be declared tried except through tribulations. Therefore, ‘he delivered me from all my troubles,’ not permitting me to be afflicted, but with the temptation giving me a way out that I might be able to bear it.” (St. Basil, Exegetic Homilies, p 254) 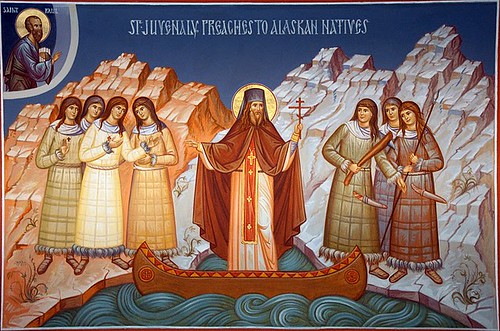