It was the miracle of Christ raising Lazarus from the dead which caused Jerusalem to welcome Christ on the next day, Palm Sunday as one who comes in the Name of the Lord.  An excitement was building among some people that the signs were there – perhaps Jesus is the Messiah, Jesus is Lord. 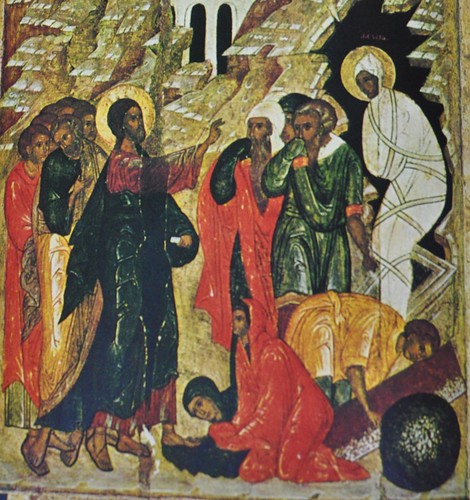 “The people therefore that was with Him when He called Lazarus out of his grave, and raised him from the dead, bare record. For this cause the people also met Him, for that they had heard that He had done this miracle. 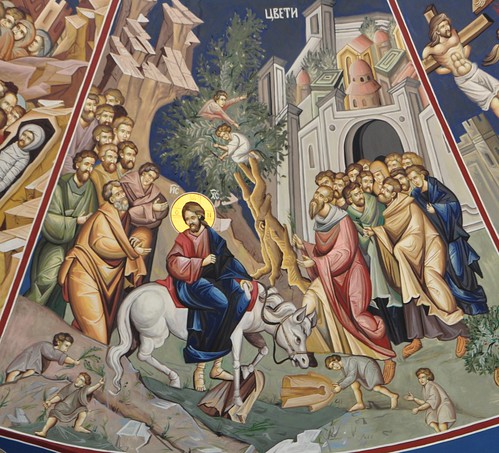 Who brings joy to a house? A welcome guest.

Who brings even greater joy to a house? The householder, returning after a long absence.

Happy the hands that received the Lord Jesus as a welcome Guest!

Happy the lips that greeted Him as a Friend!

Happy the souls who made their reverence to Him as the Householder with a song of welcome!” 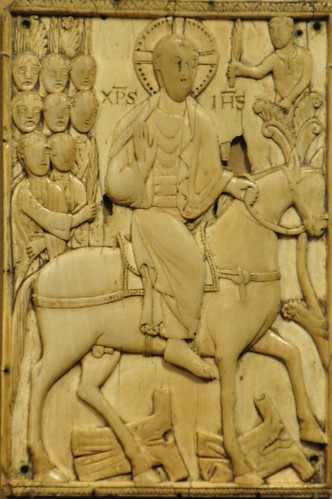 Archimandrite Job Getcha in his book on the typicon shows us that the celebration of Lazarus Saturday is quite ancient in the Church’s liturgical history.

“Lazarus Saturday is a very ancient celebration, tracing its origin to the ancient liturgy of Jerusalem.  Egeria (4th Century) speaks of it in chapter 29 of her TRAVELS, specifying that everyone went on that day to the Lazarium.  … ‘ 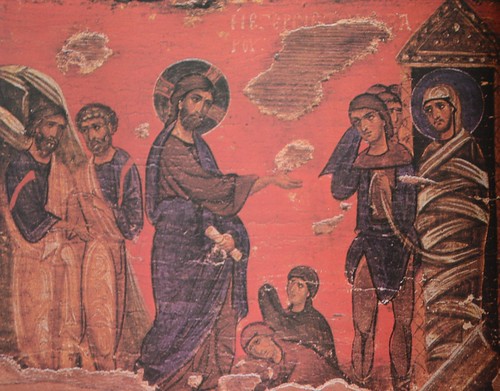 “Lazarus Saturday”… is not originally the commemoration of the resurrection of Lazarus, but of the coming of Christ to Bethany “six days before the Passover” (Jn 12:1).   It functions, through this reminder, as an announcement of the Feast of Pascha.  To this remembrance of this first event, as can be seen from the reading of Jn 11 in the Church, has been added the encounter of Jesus with the sister of Lazarus, ‘five hundred steps from the tomb of the latter.’ …  the gospel reading does not recount the story of the raising of Lazarus (Jn 11:1-46), but announces the closeness of Pascha: ‘The Passover of the Jews being close...’ (Jn 11:55-12:11).'”  (THE TYPIKON DECODED, pp 207-208)

Christ’s raising of Lazarus from the dead, like all of the miracles in John’s Gospel, is a sign pointing to Christ and pointing out who He is.  The focus of the Gospel lesson is not on Lazarus but on Christ and showing Him to have the power of God.  The raising of Lazarus is pointing us to the resurrection of Christ – it looks beyond Lazarus to the one who raises Lazarus.

As Great Lent comes to a close, in the Church, liturgically, we move into the commemoration of our Lord Jesus Christ’s final week on earth.  The last 8 days of Christ’s life, don’t simply remember events of 2000 years ago, but also become for us Christians a sojourn to the Kingdom of God, to Pascha and the Resurrection. On the road to Pascha, the first event we experience is the death of Christ’s friend, Lazarus, and the miracle of Christ calling Lazarus back to life.  In this event we encounter the clear evidence of Jesus possessing the power of God.  St. Gregory Palamas compares the raising of Lazarus to the creation of the first human being in Genesis 1.

“…that the Lord lifted up His eyes at that time and said, ‘Father, I thank you that you have heard me’, … ‘I knew that you hear me always: but because of the people which stand by I said, that they may believe that you have sent me’ (John 11:41-42). 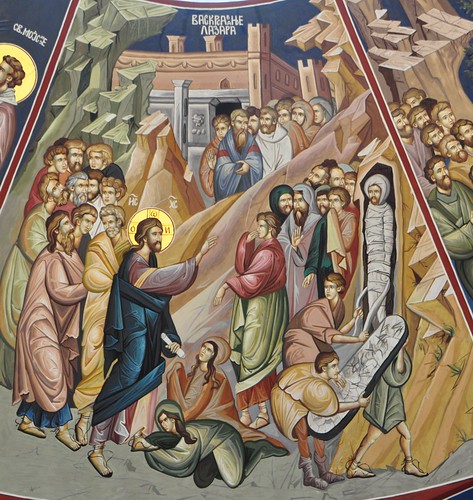 So that they might know He was God and came from the Father, and also that He did not work miracles in opposition to God, but in accordance with God’s purpose, He lifted up His eyes to God in front of everybody and spoke to Him in words which make is clear that He who speaking on earth was equal to the heavenly Father on high. In the beginning when man was to be formed, there was a Counsel beforehand. So now also, in the case of Lazarus, when a man was to be formed new, there was a Counsel first. 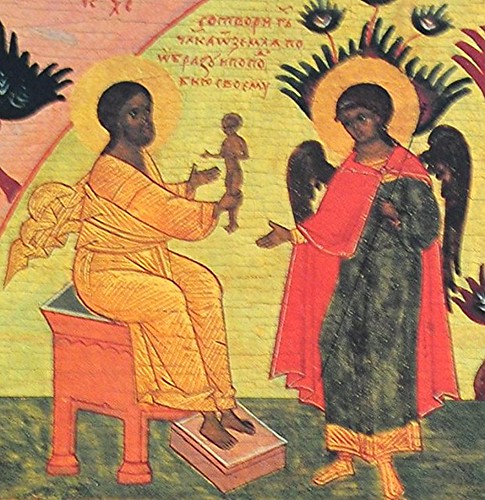 Then He cried with a loud voice. He raised him in this manner so that by means of their sight (for they saw Him standing at the grace), their sense of smell (for they were aware of the stench of the man four days dead), their sense of touch (for they used their own hands to take away the stone beforehand from the grave, and afterwards to loose the grave clothes from his body and the napkin from his face), and their hearing (for the Lord’s voice reached the ears of all), they all might understand and believe that it was He who called everything from non-being into being, who upheld all things by the word of His power, and who in the beginning by His word alone made everything that exists out of nothing.” (Homilies, pp 110-111) 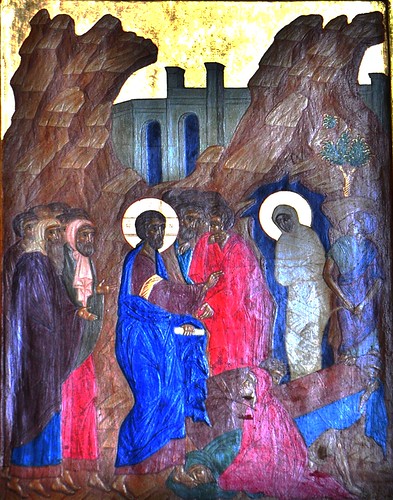