In this and the succeeding blog I will use excerpts from Schmisek’s book to follow his interpretation of scripture and of the church fathers as he traces the development in the Church about her understanding of the resurrection to eternal life.

Schmisek says in the Old Testament there is not the body-soul duality so characteristic of Platonism.  Consequently, an understanding of what the resurrection might mean is a bit less complicated (there simply is a human being, not a body-soul dualism which opposes the two parts of a human).  However, the simplicity of portrayal of a human also leads to a less clear vision about what the resurrection might imply – especially for us who understand the human of being as a complex relationship of so many organs besides a non-material dimension.  How are the various organs and non-material components (i.e., soul, mind, spirit) that constitute a human affected by death and by a resurrection?  The question might be made more clear by a debate raised once regarding the famous Star Trek teletransporter.  If the teletransporter simply rearranges and moves the physical atoms of a person or decomposes a person to pure energy only to arrange them physically in another location, what happens to their soul/mind?  If the brain is reduced to energy, what happens to the mind in that transition?  Can the teletransporter reconstitute the mind/soul of the person it has transported or does it just deal with the materialism of an object?  Not a question dealt with by the science fiction show but it raises the question as to whether a human is anything more than physical cells/atoms and what is the relationship of the immaterial self/ mind/ soul with the physical body?  Schmisek writes:

“Rather than a single unified anthropology, the Old Testament displays varied anthropological presuppositions. Even so, we are able to say that an Old Testament anthropology generally sees the human being as a unified whole, not as Plato would have it. The unified human being had different aspects such as ‘blood,’ ‘breath,’ ‘heart,’ ‘spirit,’ ‘being,’ or ‘flesh.’ These aspects were not always clearly delineated. The term bāsār (flesh) expresses the physical aspect of human life, the human being in its weakness, and in its relation to all animal life. The term nephesh (being) formulates the living or vital aspect of a being, whereas rūh (spirit) expresses its inner disposition and ability to be moved by God. Each of these terms individually can express the human being as a whole.”  (Kindle Loc. 1272-78) 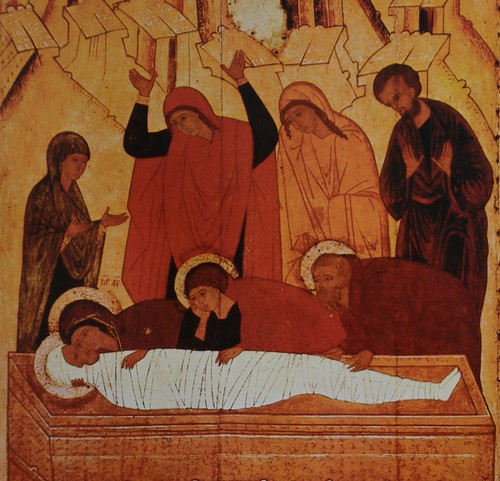 Biblically speaking, the exact relationship of the self/ soul/ mind to the various body organs is not completely spelled out, though there is an assumption of the unity of all of these components in any human.  Death thus affects the entire human being.  The “person” deprived of their body through death is not capable of any further actions since their soul has no powers or  existence apart from their body.  (So in Psalms 6:5, 88:10-12 and 115:17, the dead cannot even praise God – they lack the mouth, tongue, vocal chords and lungs to do so.   Sheol, the place of the dead in the Bible, is portrayed as a shadowy underworld where the dead can do nothing but wait.)

“ [The]… origin of the term is of the Old Persian word pairidaěza, meaning ‘enclosed space, precinct.’ It is transliterated into Greek as paradeisos. When the word is used by the pagan Greek author Xenophon (ca. 430–354 BCE), it means ‘enclosed space, garden.’ The Septuagint uses paradeisos to translate the Hebrew term for “garden” or “enclosure” (gan) in Genesis 2:8 and 2:15 in the phrase ‘garden of Eden’ and again in Genesis 13:10, ‘the garden of the LORD.’”   (Kindle Loc. 1990-94) 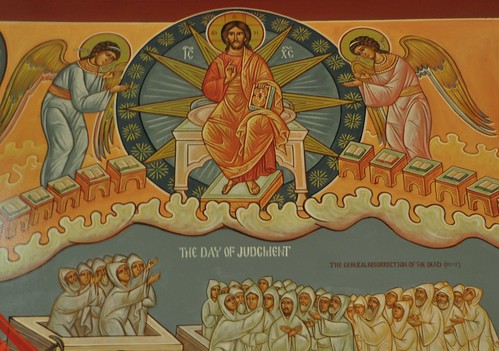 The New Testament accepts the anthropological premises of the Old Testament.

“For example, the New Testament, like the Old Testament, presupposes the human being as a unity rather than a composite of body and soul. So for the biblical authors, the human being is most often understood as an indivisible whole and not, as Plato would have it, divided into sōma and psychē. Yet the human being has many aspects including thoughts, feelings, desires, moral weakness, and receptivity to the action of God. Despite this biblical data, and despite our living in the modern world in which biology and scientific inquiry enhance or even replace philosophical speculation about the human body and soul, most modern Christians tend to think of the human being in terms of Platonic philosophy: mortal body and immortal soul.”  (Kindle Loc. 1288-93)

So, while the Bible presents a certain anthropological vision of a unified human being, the more dualistic vision of Plato has predominated the modern human understanding of what the human is and thus how to understand the resurrection.  The New Testament presents the resurrection of Christ as being something more than a mere reviving of His body.  Something has happened to Him, and His resurrected Body has different properties than his body had before his death as can be noted in the post-resurrection Gospel lessons in which Christ’s body seems to have new/different characteristics than before His death.

“In sum, resurrection is the predominant metaphor among many to speak of what happened to Christ after his death. But even resurrection is a metaphor. When the New Testament authors applied the metaphor to Jesus, they meant more than the raising of Jairus’ daughter (Luke 8:54-55), the son of the widow of Nain (Luke 7:15), Lazarus (John 11:43-44; 12:1-2), or the widow’s son who was raised by Elijah (1 Kings 17:17-24). Even in the resurrection narratives, Jesus appeared ‘in another form’ (Mark 16:12; Luke 24:13-32). The risen Jesus is not merely a reanimated corpse (cf. Mark 6:14, 16). In each of the gospels, Jesus’ own resurrection was something qualitatively different. Lazarus, Jairus’s daughter, the son of the widow of Nain, and the son of the widow raised by Elijah all died at a later time. Jesus, once raised from the dead, is no longer subject to death. And as we mentioned earlier, the resurrection of Jesus transcends even the category of resurrection.”   (Kindle Loc. 2044-50)

The resurrected body is St. Paul’s “spiritual body”.  It’s properties have changed.  As such we cannot know exactly what the world of the resurrection will be like as it is beyond our experience.  Though we know what life on earth is like, we see that philosophically very different understandings existed as to what it is to be human, and what the relationship between the material organs of the body and the immaterial concepts of the human (spirit, soul, mind, self) is.

Next:   After the New Testament, Proclaiming the Resurrection

4 thoughts on “The Immortal Soul and the Resurrected Body”