I have through my blog shared ideas – mostly things I’ve read.  I read mostly materials related to Orthodox Christianity, but do peruse other things.  I read the article, “The United States of Insolvency”, by James Grant in the 28 April 2016 issue of TIME.  THE 2016 United States debt is

As Grant writes, “Let us pause to reflect that a billion is a thousand million, and that a trillion is a thousand billion – or alternatively, a million million.  It’s a measure of fix we’re in that the billions hardly seem worth talking about.”  Them’s lots of dollars.  The magazine reports that currently every man, woman and child in the US would have to pay $42,998.12 to erase the national debt.  As another comparison, Grant says if the US government were a typical American household it would have an annual income of $54,000/year and it would be spending $64,000 a year and carrying a credit card outstanding balance of $233,000.  Most of us can understand that math doesn’t work.    Grant goes on:

“I merely observe that sound money and a balanced budget were two sides of the coin of American prosperity.

Then came magical thinking. Maybe you had a taste of modern economics in school. If so, you probably learned that the federal budget needn’t be balanced–it’s nothing like a family budget, the teacher would say–and that gold is a barbarous relic. To manage the business cycle, the argument went, a government must have the flexibility to print money, to muscle around interest rates and to spend more than it takes in–in short, to “stimulate.”

Oh, we have stimulated.”

I actually never took economics in college.  The idea of a balanced budget for the government always made sense to me.  But I’ve not found many politicians to vote for, who seemed to share that idea.  Rather what I heard was that President Hoover was criticized for trying to balance the budget at the time of the Great Depression, and his actions are even blamed as the cause of that depression.  When Reagan was president, I heard many say a balanced budget wasn’t needed as long as the economy was growing.  So apparently whether the times are economically good or bad it is never a time for a balanced budget.   That doesn’t make sense to me.

Eight years ago there was all kinds of talk about the growing national debt and what to do to stop it, but this year it has not been the main focus of the presidential candidates.  Candidates probably are glad that Americans have attention deficit minds when it comes to politics.  The hot issues of a few years ago are put on the back burner even if they need to be a main issue for the country now.  Bringing down the debt may be too painful for politicians to advocate for it as it might have noticeable consequences for all of us – higher taxes and fewer entitlements.  The trouble is we manage to postpone dealing with the problem which makes some think it doesn’t have to be dealt with – and currently few are willing to pay the price for the level of government services we’ve come to expect and few are willing to give them up.  Of course if we think again about Grant’s framing the national debt in terms of an average household, we can easily see that what is required is for the the average household to cut spending by $20,000 and start paying $10,000/year on the debt.  Most householders can understand how difficult and painful that would be and probably wouldn’t want to do it either, especially if it seemed possible to keep deficit spending going until some vague future reckoning. 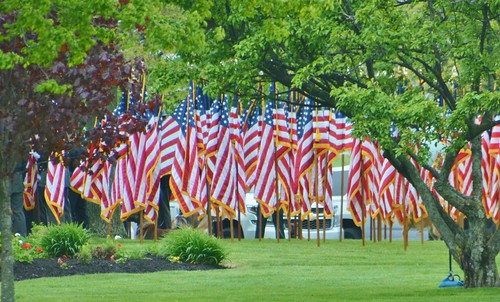 Debt is the lifeblood of finance; with the rise of the securities-and-trading portion of the industry came a rise in debt of all kinds, public and private. That’s bad news, since a wide range of academic research shows that rising debt and credit levels stoke financial instability. And yet, as finance has captured a greater and greater piece of the national pie, it has, perversely, all but ensured that debt is indispensable to maintaining any growth at all in an advanced economy like the U.S., where 70% of output is consumer spending. Debt-fueled finance has become a saccharine substitute for the real thing, an addiction that just gets worse. (The amount of credit offered to American consumers has doubled in real dollars since the 1980s, as have the fees they pay to their banks.)

As the economist Raghuram Rajan, one of the most prescient seers of the 2008 financial crisis, argues, credit has become a palliative to address the deeper anxieties of downward mobility in the middle class. In his words, “let them eat credit” could well summarize the mantra of the go-go years before the economic meltdown. And things have only deteriorated since, with global debt levels $57 trillion higher than they were in 2007.

Easy money and debt maybe just too tempting for Americans to resist – the instant benefits have fed a monster whose insatiable appetite keeps demanding more.  And we become slaves of feeding the monster because it seems to perpetuate the system.  Maybe we really do believe the myth of the ouroboros  and believe the system is self-perpetuating.  We will be surprised to find it really is a myth and not sustainable at all. 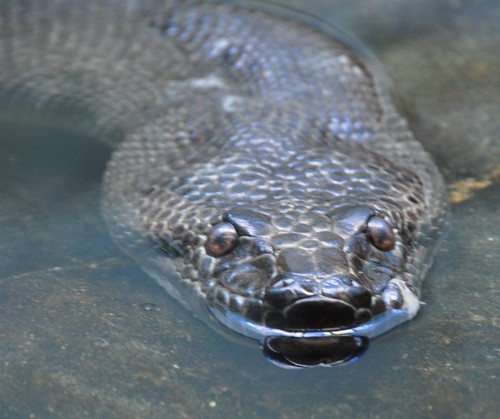