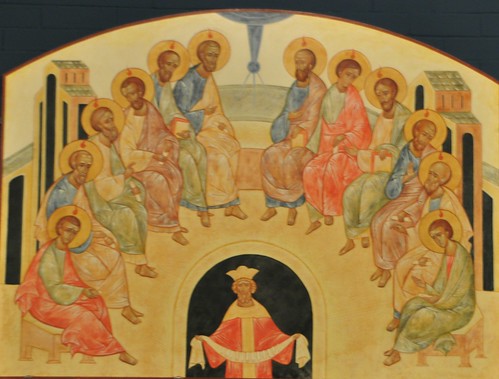 “There are several signs that the energy of the Holy Spirit is beginning to be active in those who genuinely aspire for this to happen and are not just putting God to the test – for, according to the Wisdom of Solomon, ‘It is found by those who do not put it to the test, and manifests itself to those who do not distrust it’ (cf. Wisd. 1:2).

In some it appears as awe arising in the heart, 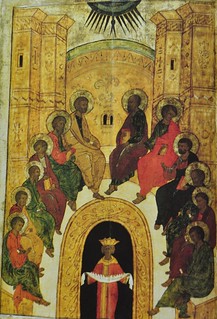 in others as a tremulous sense of jubilation,

in others as joy,

in others as joy mingled with awe, or

as tremulousness mingled with joy, and

sometimes it manifests itself as tears and awe.

For the soul is joyous at God’s visitation and mercy, but at the same time is in awe and trepidation at His presence because it is guilty of so many sins. Again, in some the soul at the outset experiences an unutterable sense of contrition and an indescribable pain, like the woman in Scripture who labors to give birth (cf. Rev. 12:2). For the living and active Logos – that is to say, Jesus – penetrates, as the apostle says, to the point at which soul separates from body, joints from marrow (cf. Heb. 4:12), so as to expel by force every trace of passion from both soul and body.

In others it is manifest as an unconquerable love and peace, shown towards all, or as a joyousness that the fathers have often called exultation – a spiritual force and an impulsion of the living heart that is also described as a vibration and sighing of the Spirit who makes wordless intercession for us to God (cf. Rom. 8:26). Isaiah has also called this the ‘waves’ of God’s righteousness (cf. Isa. 48:18), while the great Ephrem calls it ‘spurring’. The Lord Himself describes it as ‘a spring of water welling up for eternal life’ (John 4:14) – He refers to the Spirit as water – a source that leaps up in the heart and erupts through the ebullience of its power.”   (St Gregory of  Sinai, THE PHILOKALIA, Kindle Location 44476-44502)