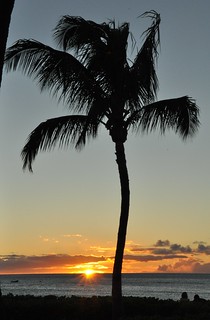 Blessed is the man who walks not in the counsel of the wicked, nor stands in the way of sinners, nor sits in the seat of scoffers; but his delight is in the law of the LORD, and on his law he meditates day and night. He is like a tree planted by streams of water, that yields its fruit in its season, and its leaf does not wither. In all that he does, he prospers. (Psalm 1:1-3)

Commenting on Psalm 1, St. Basil the Great notes the psalm speaks in the singular about “man” yet he says we should never doubt that it refers to both men and women.  Men and women share the same nature and the same blessings from God.

“Why, you say, does the prophet single out only man and proclaim him happy? Does he not exclude women happiness? By no means.  For, the virtue of man and woman is the same, since creation is equally honored in both; therefore, there is the same reward for both. Listen to Genesis. ‘God created man,’ it says, ‘in the image of God he created him. Male and female he created them.’ They whose nature is alike have the same reward. Why, then, when Scripture had made mention of man, did it leave woman unnoticed? Because it believed that it was sufficient, since their nature is alike, to indicate the whole through the more authoritative part. ‘Blessed, therefore, is the man who has not walked in the counsel of the ungodly.’” (St Basil, The Fathers of the Church: Exegetic Homilies, pp 155-156)