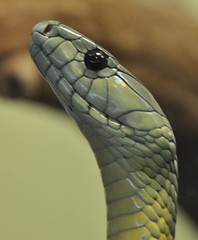 Many Orthodox theologians from the earliest days of Christianity understood sin in medical imagery rather than in legalistic terms.  Sin was a wound inflicted on humanity.  This is a different understanding of sin from one which views it purely as humans violating the law set down for us by God.  The serpent in Genesis 3 inflicts a venomous bite on Eve and Adam, causing a grave wound on humanity.   Thus what humans need to be restored to health is not more laws, nor will we be saved by a lawgiver.  Rather, we need a physician to heal our souls.  The Elder Aimilianos of Simonopetra writes:

“The prophets all saw that the wound was incurable and that none of the creatures was able to heal it, but only the Only-begotten, Who is the very Mind and Image of the Father, and Who made every rational creature in the image of His image. Knowing that the Savior is a great physician, they all assembled and offered prayers for their member, that is, for us, crying out and saying: Is there no balm in Gilead? Is there no physician there? Why then is not the health of the daughter of my people recovered? We would have healed her, but she is not healed: now therefore let us forsake her (Jer. 8:22 and 51:9)’ 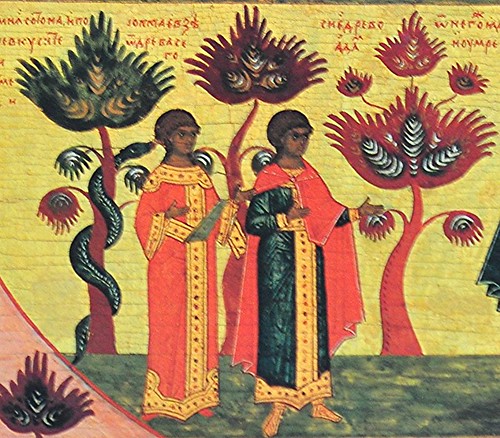 God, seeing this incurable wound, and seeing that it had become grave, visited them in His mercy, and after a time, He in His benevolence, granted them the law through Moses. And Moses founded the house of truth and wanted to heal the great wound, but could not complete the building of the house.

Then all the host of saints assembled in unity and prayed by the benevolence of God for our salvation, that He would come to save us all, He, who is the great and true high priest and true physician, Who is able to heal the great wound, for being God, He took the form of a servant, and gave Himself for our sins, and our inequities humbled Him and through His wounds we were all healed (cf. Phil. 2:6-7, Gal. 1:4, and Is 53:5).” (Archimandrite Aimilianos of Simonopetra, The Way of the Spirit, p 242)

Some understand salvation as Christ juridically paying the price for our sins in order to restore justice in the universe.  But there is another imagery used by the Orthodox Church of Christ the physician who heals our wounds, our illnesses, our diseases.  He does this by being wounded himself on the cross.  The dead are all those who succumbed to the spiritual wound of the serpent.  Christ by joining the dead – by allowing Himself to be wounded as all humanity is wounded – becomes the antidote for Death’s venom.  Christ by destroying the sting of death is able to raise up all the dead from Hades and to restore them to health.  Christ’s incarnation, life and death is able to do for humanity what no law or legal writ could do.

The saints, all those healed by Christ, continue all to pray for the salvation of all.