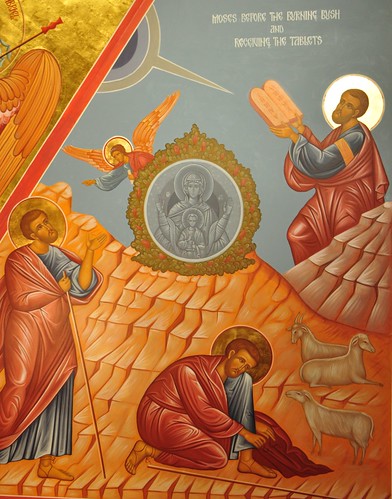 The Holy Prophet Moses is commemorated in the Orthodox calendar annually on September 4.  Moses is referred to in Orthodoxy as the “God-seer” based on the witness of Scripture:

“And there has not arisen a prophet since in Israel like Moses, whom the LORD knew face to face…”  (Deuteronomy 33:10) 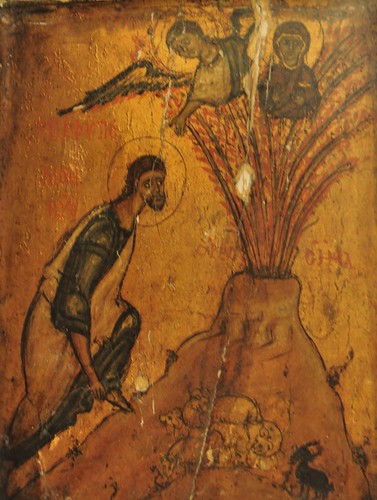 The 4th Century monk Evagrius noted that when Moses is praised in the Old Testament, it is not for his many mighty deeds or powerful miracles.  Rather, he is praised for his humility.  “Now the man Moses was very meek, more than all men that were on the face of the earth”  (Numbers 12:3). Evagrius writes:

“’Tell me, then, why has Scripture, when it wanted to praise Moses, left aside all miracles and commemorated only his meekness? For it does not say that Moses punished Egypt with the twelve plagues and led the esteemed people out thence. And Scripture does not say that Moses was the first to receive the Law, and that he acquired insights into bygone worlds. And Scripture does not say that he separated the Red Sea with his staff, and brought forth water from the rock for the thirsting people. Rather, Scripture says that he stood all alone in the desert in the face of God, when he wanted to destroy Israel, and he besought to be blotted out with the sons of his people. Before God, he set down love for mankind and transgression by saying: ‘If you will forgive their sin – and if not, blot me, I pray you, out of your book which you have written.’ Thus spoke the meek one! But God preferred rather to forgive those who had sinned than to do an injustice to Moses.’ 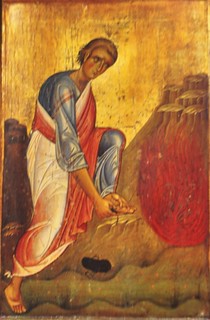 Thanks to his meekness, Moses was the only one who spoke with God, ‘face to face’ and learned from him the reasons of creation ‘in visible form, and not [only] in dark sayings.’ For meek love, the ‘mother of knowledge’, is the door to natural knowledge, to which the five books of Moses bear witness. Indeed, as ‘friendship with God’ and ‘perfect spiritual love’, love marked by meekness is even the place where ‘prayer in spirit and in truth is effected!”     (Gabriel Bunge, Dragon’s Wine and Angel’s Bread, pp 83-84)