“Then Moses went up from the plains of Moab to Mount Nebo, to the top of Pisgah. . . Moses, the servant of the LORD, died there in the land of Moab, at the LORD’s command.”  (Deuteronomy 34:1-5)

“… the archangel Michael, contending with the devil, disputed about the body of Moses …”  (Jude :9) 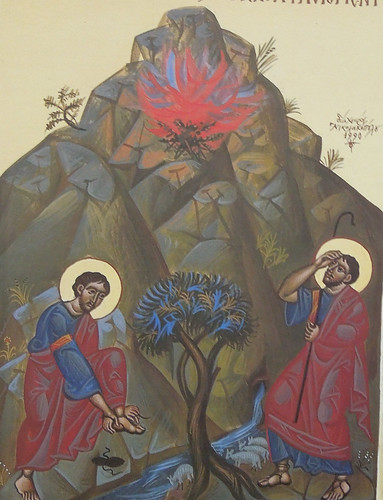 Today in the Orthodox Church we commemorate the Lord’s friend and prophet Moses, the Man of God.   St. Ephrem the Syrian in one of his many poems has the personified Death reminding Jesus that even Moses, a friend of God who spoke to God face to face, died and was claimed by Death himself.  Moses performed wondrous and great acts of God, mighty miracles, and still Death says, Moses belonged to him – no one escapes the clutches of Death.  Death boasts to Christ that it was God who handed Moses over to him despite all that Moses had done for God.  So overconfident was Death based on Death’s claims over Moses, that Death felt he could demoralize Christ, reminding Jesus that His crucifixion was ordered by God, and that there was no escape.  Little did he know.  Death is not the last word, but the last enemy. 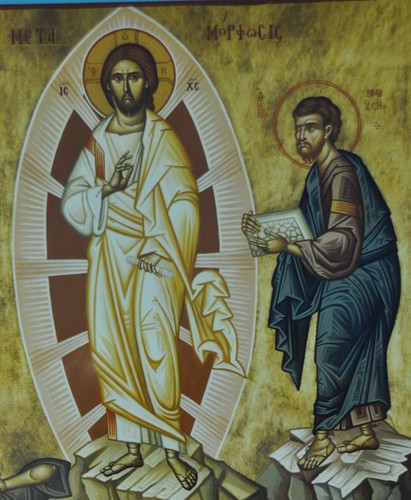 ‘Have you never heard, son of Mary,

of Moses, how he excelled all men in his greatness,

how he became a god, performing the works of God

by slaying the [Egyptian] firstborn and saving the [Hebrew],

how he held back the plague from the living?

Yet I went up with the same Moses to the mountain

and God – blessed be his honor –

handed him over to me in person.

However great one of Adam’s son becomes,

he will return as dust to dust, for he comes from the earth.’”

“But in fact Christ has been raised from the dead, the first fruits of those who have fallen asleep. For as by a man came death, by a man has come also the resurrection of the dead. For as in Adam all die, so also in Christ shall all be made alive. But each in his own order: Christ the first fruits, then at his coming those who belong to Christ. Then comes the end, when he delivers the kingdom to God the Father after destroying every rule and every authority and power. For he must reign until he has put all his enemies under his feet. The last enemy to be destroyed is death.”   (1 Corinthians 15:20-26)

One thought on “Moses, The Man of God”