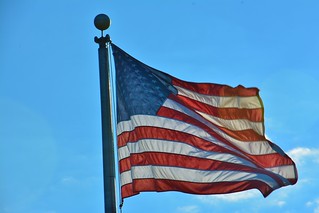 It is a presidential election year in the United States, which as I’ve noted before tends to cause a fair amount of angst in my fellow parishioners.  This year’s election has been even more troubling.  Often people are afraid what will happen if “the other” party wins the election.  This year people seem anxious and afraid even if their party wins.  Here is a quote from Russian Orthodox theologian Paul Evdokimov describing what the proper power of government is from a Christian point of view.  All of the things we might think of as the duties of government have a spiritual basis.

“Here there is a direct analogy with evil. God does not suppress it automatically by his omnipotence. Likewise he does not suppress social inequality by force, but makes it a spiritual victory over the passion of possession. In extreme cases, public authority ought to intervene. However, the state is not called upon to realize the Kingdom of God on earth. Its task is to prevent the world from becoming a hell and thus to place limits against the progression of evil among us.” (In the World, of the Church: A Paul Evdokimov Reader, p 88) 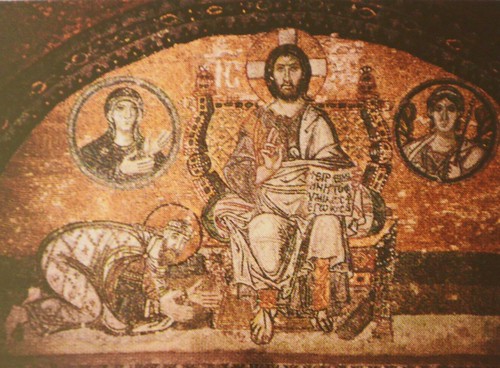 Government, big or small, cannot create the kingdom of God on earth.  As Evdokimov notes God Himself does not “suppress social inequality by force.”  Rather Christ appeals to us to overcome our passions by voluntarily engaging in a spiritual warfare.  As Christians we should strive for a spiritual victory over our self-centered interests by making love our aim (1 Corinthians 14:1).  Sometimes the government has to intervene when social inequalities exceed what is humane, when the powerful behave inhumanly and the poor are dehumanized.  But he sees this as the exception, not the rule.   Certainly in history Christianity changed the all powerful Roman Empire, but did it without violence and without an election.  It was a change of hearts that occurred in enough citizenry to make a difference.

As Evdokimov notes the task of the state “is to prevent the world from becoming a hell.”   That in itself is no mean task.  It is of course made even more difficult if the election itself seems like hell!   The role of the state according to Evdokimov is “to place limits against the progression of evil among us.”   Evil however is not a nation with an army whom we can fight with conventional weapons.

“Put on the whole armor of God, that you may be able to stand against the wiles of the devil. For we are not contending against flesh and blood, but against the principalities, against the powers, against the world rulers of this present darkness, against the spiritual hosts of wickedness in the heavenly places. Therefore take the whole armor of God, that you may be able to withstand in the evil day, and having done all, to stand. Stand therefore, having girded your loins with truth, and having put on the breastplate of righteousness, and having shod your feet with the equipment of the gospel of peace; besides all these, taking the shield of faith, with which you can quench all the flaming darts of the evil one. And take the helmet of salvation, and the sword of the Spirit, which is the word of God. Pray at all times in the Spirit, with all prayer and supplication. To that end keep alert with all perseverance, making supplication for all the saints…”   (Ephesians 6:11-18)

What it means for us is that politics is not purely secular with no religious element.  Evil is a theological concept.   Without God we cannot win that battle against evil.  Without God, we will never even be able to agree on what evil is.  But even with God, we are not going to establish Paradise on earth through government or armies.  We can resist the forces of evil.  We can work to make sure the earth does not become hell by opposing evil.

4 thoughts on “The Power of God and of the State”