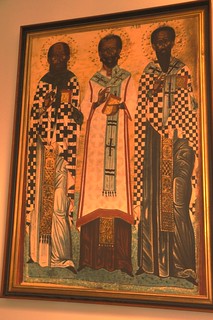 Previous post in series:  Interpreting the Scripture (I).  First post in the series: Jesus Christ, The Word of God and Scriptures

The Fathers of the Church recognize that the written Scriptures require interpretation.  The written texts occasionally are self- evident in their meaning and can be read at face value, but often they contain within them the prophecies and revelations of God hidden in familiar images, events, and in the language of the text.  First, one has to have godly wisdom to realize there is more to the text than meets the eye.  Second, one needs the proper context in order to interpret the texts correctly.  Unbelieving Jews misread the Scriptures and so failed to see Jesus as Messiah.

The Church Fathers also knew that because the written Scriptures existed, anyone could pick them up and read them and interpret them.   It was obvious to all that not all interpretations of the texts were correct.  Wrong beliefs in the first place would result in an incorrect reading of the texts.  Some others might have nefarious reasons for intentionally misreading the texts. The Fathers of the Church offered many images about what happens when people holding wrong beliefs endeavor to read the Scriptures.  The Scriptures are sometimes portrayed as a mosaic – all the pieces of the correct picture are there, but they still must be  assembled correctly to get the image intended by God from the pieces.  The mosaic pieces can in fact be put together in many different ways, but some of the ways are incorrect and some are even offensive to God.

For example,  St. Irenaeus of Lyons writing about those who falsely interpret the Scriptures says:

“They gather their views from other sources than the Scriptures; and, to use a common proverb, they strive to weave ropes of sand, while they endeavor to adapt with an air of probability to their own peculiar assertions the parables of the Lord, the sayings of the prophets, and the words of the apostles, in order that their scheme may not seem altogether without support. In doing so, however, they disregard the order and the connection of the Scriptures, and so far as in them lies, dismember and destroy the truth. By transferring passages, and dressing them up anew, and making one thing out of another, they succeed in deluding many through their wicked art in adapting the oracles of the Lord to their opinions. 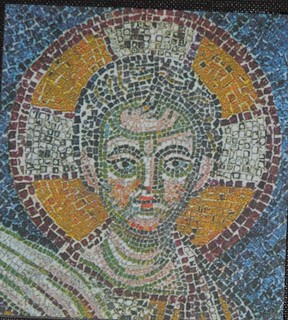 Their manner of acting is just as if one, when a beautiful image of a king has been constructed by some skillful artist out of precious jewels, should then take this likeness of the man all to pieces, should rearrange the gems, and so fit them together as to make them into the form of a dog or of a fox, and even that but poorly executed; and should then maintain and declare that this was the beautiful image of the king which the skillful artist constructed, pointing to the jewels which had been admirably fitted together by the first artist to form the image of the king, but have been with bad effect transferred by the latter one to the shape of a dog, and by thus exhibiting the jewels, should deceive the ignorant who had no conception what a king’s form was like, and persuade them that that miserable likeness of the fox was, in fact, the beautiful image of the king. In like manner do these persons patch together old wives’ fables, and then endeavor, by violently drawing away from their proper connection, words, expressions, and parables whenever found, to adapt the oracles of God to their baseless fictions. We have already stated how far they proceed in this way with respect to the interior of the Pleroma.    (Against Heresies and Fragments, Kindle Loc. 423-36) 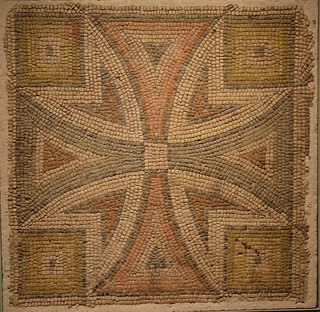 Reading the Scriptures, searching not just for meaning, but for the Truth, means understanding what one reads.  We have to be able to properly assemble the texts in the light of Christ to understand them.  It is possible to assemble them wrongly as St. Irenaeus warns.  One needs guidance to recognize the proper template for assembling the words, prophecies and poems.  The template is Jesus Christ.   One needs Christ in order to know what it is the Scriptures are portraying to us.

So one can have the Scriptures, all the precious pieces of the mosaic, but not know how to assemble them correctly.  One can have the Scriptures but if one lacks the proper key to understanding them, then one will not come to the proper interpretation of them.  When that happens  one creates the wrong image with the mosaic pieces.  One’s own faith, moral life, relationship to Jesus Christ, all shape how one reads the texts and uses them. A purity of faith and a purity of heart are needed to see the true picture being offered by the Scriptures.

“For that there is nothing whatever openly, expressly, and without controversy said in any part of Scripture respecting the Father conceived of by those who hold a contrary opinion, they themselves testify, when they maintain that the Savior privately taught these same things not to all, but to certain only of His disciples who could comprehend them, and who understood what was intended by Him through means of arguments, enigmas, and parables. They come, [in fine,] to this, that they maintain there is one Being who is proclaimed as God, and another as Father, He who is set forth as such through means of parables and enigmas.  But since parables admit of many interpretations, what lover of truth will not acknowledge, that for them to assert God is to be searched out from these, while they desert what is certain, indubitable, and true, is the part of men who eagerly throw themselves into danger, and act as if destitute of reason? And is not such a course of conduct not to build one’s house upon a rock which is firm, strong, and placed in an open position, but upon the shifting sand? Hence the overthrow of such a building is a matter of ease.”    (St. Irenaeus of Lyons,  Against Heresies and Fragments, Kindle Loc. 3115-24) 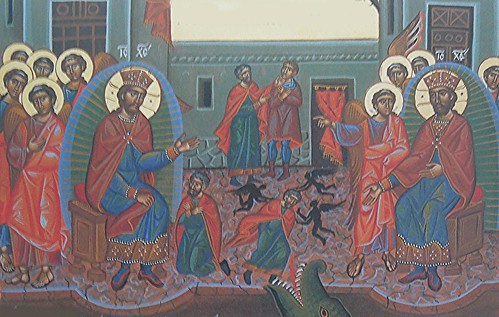 Many passages in Scripture invite interpretation – the parables for example.  St. Irenaeus argues that it is dangerous to form dogma from passages like the  parables which are so open to interpretation when there exists plenty of passages in Scripture which have unambiguous passages with absolutely straight forward doctrine.   It is a warning that while there may be many ways to interpret certain passages (such as parables), not all interpretations are correct – one has to rightly divide/define the Word and apply the appropriate scripture to its appropriate use.  The key to interpretation is found in the apostolic community of believers, in and through Tradition, the canon of Scritpure, the apostolic succession.  This is the context created by Jesus Christ.  St Symeon the New Theologian comments:

“Many read the Holy Scriptures and hear them read. But few can grasp their meaning and import. For some what is said in the Scriptures is impossible, for others it is altogether beyond belief. Some again interpret them wrongly: they apply things said about the present to the future, and things said about the future to the past or else to what happens daily. In this way they reveal a lack of true judgment and discernment in things both human and divine.”   (THE PHILOKALIA, Kindle Loc. 35392-95)

Next:  Interpreting the Scripture (III)