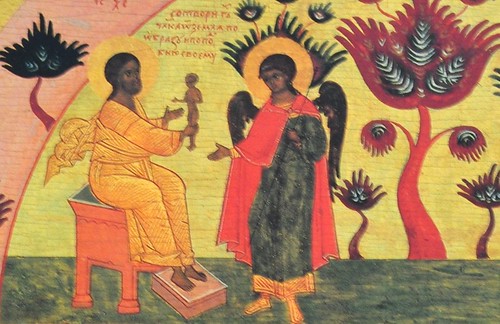 According to the Scriptures, God created humans in God’s own image and likeness.  In the Greek text, it says God made us as icons (Greek for image) of God.  We are living icons – we breathe, we move, we see, we sense, we hear, we think, we create, we reproduce, we have dominion over other creatures.

“… then the LORD God formed man of dust from the ground, and breathed into his nostrils the breath of life; and man became a living being.”  (Genesis 2:7)

Our God is in the heavens;
he does whatever he pleases.
Their idols are silver and gold,
the work of human hands.
They have mouths, but do not speak;
eyes, but do not see. 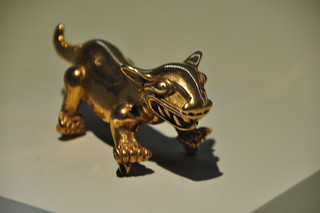 Idols show no sign of life, but are lifeless works of human hands.  The ancient idol makers had no technology to add animation to their creations as today’s media animators could.

When one thinks about the description of an idol – mouths but cannot speak, ears but cannot hear, eyes but cannot see, feet but cannot walk and incapable of speaking – one realizes that in the New Testament, the result of sin and evil in the world is that humans have been reduced from icons of God to mere idols.  Sickness and disease have turned us into idols.  Those that make idols will become like them.  So many of the Church Fathers thought idolatry was the main human sin that brought the downfall of humanity.

We can take a quick glance at a few Gospel passages to see how humans, as a result of sin, have become exactly like idols: 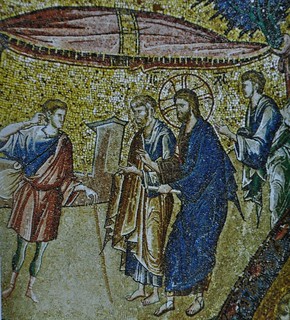 This is why I speak to them in parables, because seeing they do not see, and hearing they do not hear, nor do they understand. With them indeed is fulfilled the prophecy of Isaiah which says: ‘You shall indeed hear but never understand, and you shall indeed see but never perceive. For this people’s heart has grown dull, and their ears are heavy of hearing, and their eyes they have closed, lest they should perceive with their eyes, and hear with their ears, and understand with their heart, and turn for me to heal them.’ But blessed are your eyes, for they see, and your ears, for they hear. Truly, I say to you, many prophets and righteous men longed to see what you see, and did not see it, and to hear what you hear, and did not hear it.  (Matthew 13:13-17) 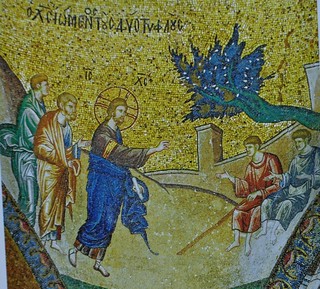 Though he had done so many signs before them, yet they did not believe in him; it was that the word spoken by the prophet Isaiah might be fulfilled: “Lord, who has believed our report, and to whom has the arm of the Lord been revealed?” Therefore they could not believe. For Isaiah again said, “He has blinded their eyes and hardened their heart, lest they should see with their eyes and perceive with their heart, and turn for me to heal them.” Isaiah said this because he saw his glory and spoke of him.   (John 12:37-41)

“God gave them a spirit of stupor, eyes that should not see and ears that should not hear, down to this very day.” And David says, “Let their table become a snare and a trap, a pitfall and a retribution for them; let their eyes be darkened so that they cannot see, and bend their backs for ever.”  (Romans 11:8-10)

And Jesus answered them, “Go and tell John what you hear and see: the blind receive their sight and the lame walk, lepers are cleansed and the deaf hear, and the dead are raised up, and the poor have good news preached to them.  (Matthew 11:4-5) 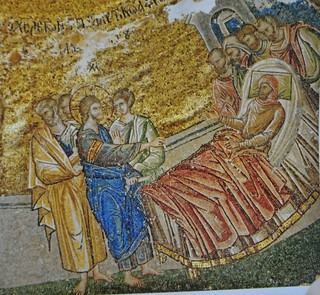 All the healing miracles of Christ – sight to the blind, hearing to the deaf, voice to the dumb, walking to the lame – undo the effects of the fall.  They turn us from being like idols into being in God’s image to restore us to being icons of God. 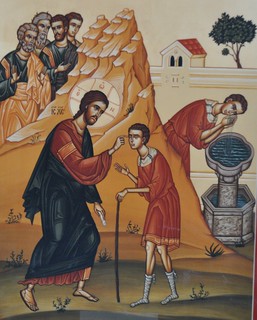 The Pharisees again asked him how he had received his sight. And he said to them, “He put clay on my eyes, and I washed, and I see.”  (John 9:15)