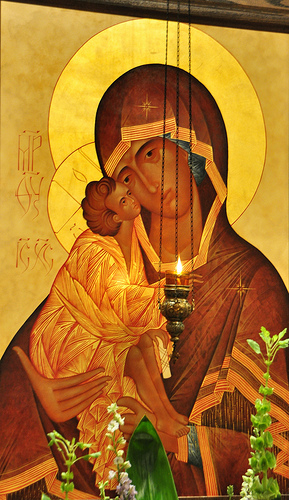 “This relationship of the believer to God is thus more than that of being created, or that of obeying the Law, but that of a son to the Father. Incorporated by Christ by baptism, regenerated in the Virgin, believers share in the sonship of the Son of God, ‘for it was for this that the Word of God was made human, and the Son of God, the Son of Man, that the human being, having been taken into the Word, and receiving adoption, might become a son of God’ [St. Irenaeus of Lyons].  Becoming ‘sons of God’ in this manner, believers can themselves be called ‘gods’” ‘God stood in the congregation of gods, he judges in the midst of these gods’ (Ps. 81:1) [this text] speaks of the Father and the Son and those who have received the adoption, for they are the church.’” (John Behr, Irenaeus of Lyon, p 177)