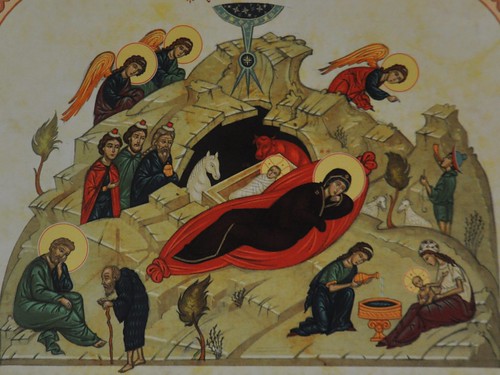 “Believe that for our sins this only begotten Son of God came down to earth from heaven, assumed this humanity with feelings like ours, and was born of holy Virgin and of Holy Spirit, since the incarnation took place, not through an illusion or mirage, but in reality. He did not only pass through the Virgin, as through a channel, but actually took flesh from her, actually ate as we do, actually drank as do, and was actually nourished with milk. For if the incarnation was an illusion, salvation is also an illusion.” (St. Cyril of Jerusalem in St. Vladimir’s Theological Quarterly: Vol.56, Num.2,2012, p 152)